This morning I put my Christmas tree up. I wouldn’t say ‘It’s beginning to look a lot like Christmas’ as penned by lyricist Meredith Willson in 1951, but a decorated tree, along with the smell of pine and cinnamon, have definitely made the house feel more festive.

I find something strangely therapeutic about decorating a Christmas tree. We always tend to purchase a real tree about 6ft in height, which I tend to put up a fortnight before Christmas Day. I know those weren’t the most interesting two paragraphs, but bear with me it will get better!

When adding the tree’s ornaments, I spend ages trying to achieve symmetry. Traditionally, I undertake this task listening to festive cd’s, whilst wearing a pair of ‘Rudolph the Red Nose Reindeer’ boxer shorts.

Karen hasn’t a problem per se with the festive boxers, however, she does wish I wouldn’t wear them on the outside of my chinos! …… Especially when food shopping in Sainsburys! …… In July!

I do see why Karen has an issue with me wearing the shorts on the outside, especially during the unsettling times created when the red nose lights up! However, I’m only trying to bring a bit of levity to proceedings and it is Christmas! 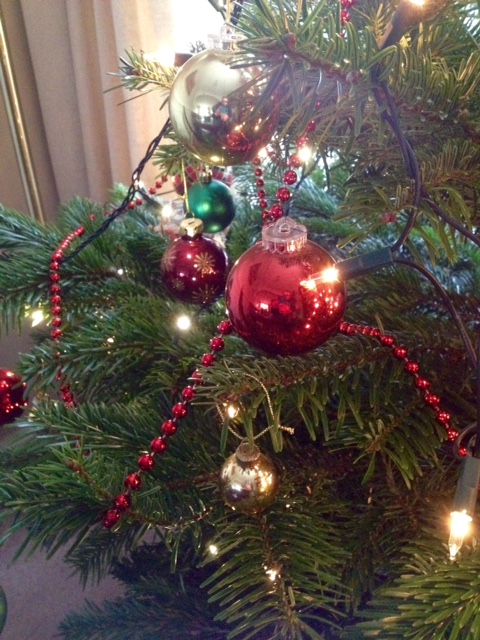 When my kids (who are in their 20’s now) were young children it was all very different. As soon as it hit the 1st December, the ‘Disney Christmas Songs’ video came out and was played on an almost constant loop until “Santa had been!” ……… When I say the ‘Disney Christmas Songs’ video came out on the 1st December, I meant out of the video box, not the it had announced to the world it was gay! …….. I don’t think it was anyway!

This was the result of them pulling the tree over for four days on the trot, while attempting to reach the higher chocolate decorations. Karen and I learnt a harsh lesson from this, vowing never to put chocolate ornaments on the tree again! …… Or, if we did, put them a bit lower!

The year of the tree being pulled over four years on the trot, I recall returming home from work on the 7th December and, as soon I walked into the living room, saying what a relief it was to come home to a tree still standing!

However, on closer scrutiny it became clear it had been pulled over and that Karen had redecorated it. I didn’t ask her why, I just assumed it was to stop me going mad when I got home tired after a day at work.

When I pointed my suspicions out to Karen, she asked how the heck I knew! I pointed out that her re-decoration lacked the symmetry I employ when dressing a tree! …… And that Jonny had a bauble hanging on his ear! 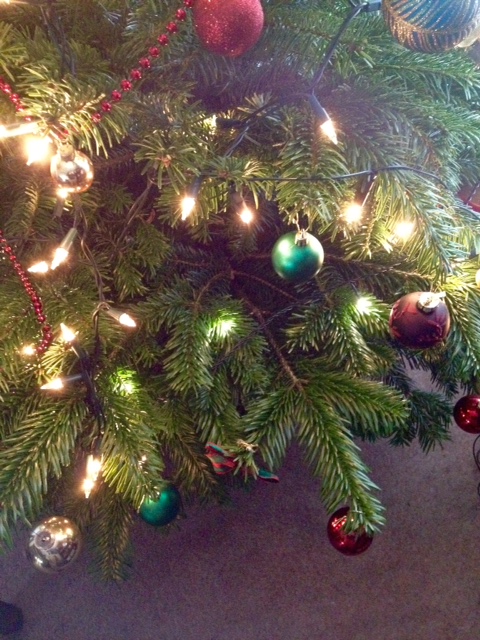 When the kids were that age, I think I used to be as giddy as them! On hearing the song ‘Deck the Halls’ this morning, it reminded me of a couple of lines from our early 1990’s version of the song. It was one of many songs we adapted and went something like this:-

On hearing of these adapted songs, you’ll not be surprised to hear Jonny and Rachel never made the school carol choir. However, on the plus side, we had a laugh over the festive period with our adapted Christmas songs during their childhood!

When poor Molly passed away, Sue spoilt our fun when she named her next dog Zbigniew. The newly adapted song (below) just never worked after that!

Putting up the Christmas tree this morning brought to mind the first tree I decorated after we married, in December 1988, It was before Jonny and Rachel were born and we left dressing a tree very late; only buying the tree and ornaments on the 23rd December.

Due to our tardiness, we had to settle for the last real tree (which was a bit scraggy) in B&Q. Not to mention, the remnants of the unaesthetically pleasing baubles and lights still in stock.

As we stood back admiring the finished tree, I can recollect Karen’s eyes welling up with tears! ……… I knew it was a bad idea to use onions as tree ornaments!!