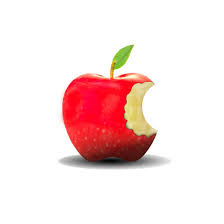 Yesterday was a productive day for me. After a hospital visit with Karen, where she underwent her four weekly treatment, I wrote a blog and cut my back lawn for the last time this year (hopefully).

I followed this with a meander around the gardens at Temple Newsam House with my little Mrs, where we got temporarily lost in the maze. I’m not sure how we managed it as the grounds, within the Tudor-Jacobean house local to our home, don’t have a maze! 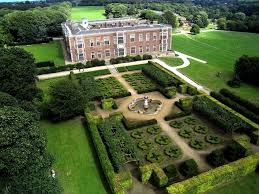 I later idled away the unseasonably mild evening, attempting to navigate my way around the Apple operating system on my refurbished Macbook! Luckily, I had more success navigating the newly acquired computer, than the grounds of Temple Newsam in the afternoon!

Apart from owning an iPhone and an iPad I’ve no previous experience with Apple operating systems. As a result I’m currently trying to acquaint myself better with my new companion by self taught meandering around its systems.

When I say companion, I’m talking about my Macbook not a woman. Although some might say ‘…..acquaint myself better with my new companion, through self taught meandering through its systems’ does sum up their fledgling relationships with a new partner! ……….. I’ll move on swiftly after that thought!

Over the years, several people have advocated the merits to me of Apple operating systems over all others, such as Windows. One of my good friends has sworn by his Apple Macs for decades ….. For some reason his tourettes always gets worse when he’s near his computer!

For around ten years my friend has been telling me of the Macs user friendliness, response speed and also to put a dash of Worcester sauce in cheese and onion toasted sandwiches.

I’ve turned a deaf ear to his sales pitch over the years, apart from the toasted sandwich recommendation! That turned out to be an inspired culinary tip, which has improved my grilled snack experience beyond measure!

Worcester Sauce – A dash livens up a cheese and onion toastie no end! 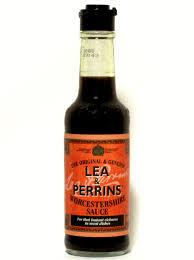 After a time using the impressive Apple product the iPad, I’ve decided it was time to see what is all the fuss was about Macs. As I didn’t want to spend huge amounts on it, I bought a refurbished machine to learn upon.

I’m not sure how old the machine is, but it must be a fair age as its got ‘Property of Fred Flintstone’ etched on its underbelly!

Through persistence, my knowledge void of this operating system is slowly but surely being filled; like grains of sand trickling through my egg timer…….. Oh bollocks, I’ve just broken the egg timer and knocked sand all over the keyboard!

I think my learning speed would hasten if the tutorial I was watching wasn’t presented by the Belgian ex-professional cyclist Eddy Merckx in Flemish! Luckily, there are diagrams accompanying the tutorial so I’m just about following it! ………. On the plus side, I’ve also learnt the Flemish for the word cravat and quite a bit about racing cycles, which I’m sure will come in handy one day! 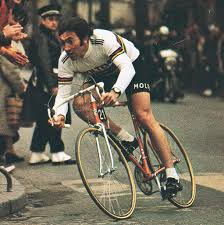 During a chat yesterday, it hit home how things have changed since my schooldays. This followed an acquaintance telling me her young son asked if he could “Take in an apple for teacher”.. She told him yes, only to find a few hours later she couldn’t locate her new iPhone, as he’d taken it into school for his tutor!

On a different note, I’m pleased to say my blood test results came back clear this morning. It just goes to show you the health education adage of three bottles of whisky a day being bad for you is flawed!

Whisky – Health warning – Don’t drink three bottles of this a day, as it will add up to more units than reside in Meadowhall Shopping Centre, in Sheffield! 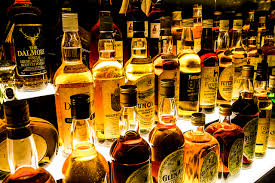 I’m, of course, joking! I would never be that wantonly reckless or stupid when it came to whisky drinking!…………. If it was beer or wine, mind you, I might be persuaded to partake!

That’s just to be sociable in the festive season of course!