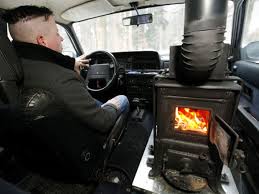 I’m basing today’s narrative on an interesting tale I read on Twitter yesterday……… Well, as interesting as a story of 140 characters can be anyway!

This yarn revolved around a woman’s bizarre experience listening to an audio disk during a time consuming drive. As the story is based on a true 140 character tweet, this significantly longer monologue has been padded out with a large fictional element!

The car the lady (Barbara) was driving on this journey was a hybrid car. Not in the sense that it had separate power sources, moreover that it was two vehicles welded together! The front was a Ford Escort and the back of the vehicle was a Vauxhall Corsa.

It certainly wasn’t an environmentally friendly hybrid car as it had a chimney which expelled coal fire fumes! Its aesthetic eccentricity was further exacerbated by its exterior adorning fridge magnets. 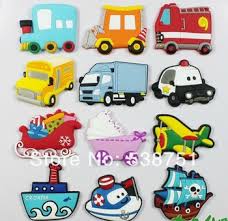 The fridge magnets told the story of every place Barbara had driven in her custom made car. Places like Jean’s at Lower Climthorpe, Mavis’ at Upper Climthorpe and Harriet’s at Middle Climthorpe!

The fridge magnets looked impressive but were a logistical nightmare, as they fell off if she traveled over 15 mph. Constantly stopping to reapply them to the door panels extended Barbara’s journey time immeasurably!

Even the short journey to Lower Climthorpe, which was two miles from her home in Ainsley Scragg, took half a day to complete. The constant replacement of the fridge magnets by the middle aged lady, in addition to replenishing the coal fire were time consuming chores hindering her timely progress. As well as a major traffic inconvenience for townsfolk!

Lower Climthorpe was the poorer neighbour of the cluster of four small northern towns. The smell from its yeast plant was so overpowering the local council decreed that all car owners attach their air fresheners on the outside, in a bid to negate the stench!

Many locals petitioned for the yeast plant to be shutdown due to its unpleasant odour and other environment concerns. However, council leader George Da Wolfe (the owner of the Lower Climthorpe Air Freshener Company) usurped this with effective arguments of why that strategy would damage the local economy!

The council leader was a powerful orator with a magnetic personality. He was so magnetic Barbara couldn’t drive near him for fear of losing her fridge magnets!

In a rousing political speech at the local kebab shop, Da Wolfe’s forceful rhetoric had townsfolk eating out of his hand! He wasn’t very happy about them picking at his kebab, but he was in full narrative flow so refused to be distracted.

“Without our yeast we are nothing! How will we rise as a town if we are bereft of this single celled fungi, of which so many of our livelihoods depend?!” he ranted, while banging his hand on the counter causing napkins to scatter.

His audience stood opened mouthed, in awe of this gifted orator. The only other audible sounds were people ordering food and the screams of a man fighting a chip pan fire with his shoe! …………. Oh and a guy whispering to his mate “Why the f*** is he shouting? We are in a kebab shop not the bloody Royal Albert Hall!!” His mate, though, was too busy reading the menu upside down to respond!

It was a ‘win,win’ night for the council leader, as not only did he keep the yeast factory open but his company sales team sold scores of air fresheners to his audience.

Barbara’s idiosyncratic behaviour led to townsfolk threatening to ostracise her. The simple woman wasn’t intimidated by the threat, though, as she wasn’t an ostrich and didn’t have a foreskin!

The Crimthorpe Women’s Institute attempted all sorts of actions to try ‘bring her into line’. from her whimsical conduct. These were spiteful sanctions, including banning her from adding flour to her homemade jam, the defacing of her Daniel O’Donnell calendar and stopping her knitting her new menu book on WI premises.

The maverick lady was undeterred and defiantly knit a Daniel O’Donnell calendar, whilst baking a batch of flour jam!

I’ve spent so much time going off at tangents on this monologue that I’ve still not told you the tale of the woman’s audio book! …………. Ok then here is the story based on the tweet!

Barbara apparently played the audio book disk while driving on her slow journey to Lower Climthorpe.  She was troubled that she couldn’t follow the storyline, as it went off in more directions than this inane narrative!

Eventually, the book ended and she hadn’t a clue what had occurred in the 90 minutes it took for the narrator to read it!

Shortly afterwards Barbara identified the root cause to be her car cd player being set to shuffle and was playing chapters in a random order! She was relieved she’d got to the bottom of her struggle to follow the story!

On the way back she took the player out of shuffle mode and replayed the audio book in the correct order. Halfway home she ejected the disk and threw it out of the window as she still didn’t have a clue what the plot was about when i played correctly She then put on the radio before exclaiming “Oh balls the magnets have fallen off again!”