Saturday 28th April – Childhood ‘Oor Wullie’ and ‘The Broons’ annuals, original Ladybird books from the 1970’s, family photos from the last seventy years and a commemorative plate from the 1981 marriage of Prince Charles to Lady Diana Spencer – Just a snapshot of the gems unearthed during this morning’s final purge of mater’s garage.

Brother Ian and my younger days flashed before our eyes when box or tea chest contents saw the light of day. Joyous discoveries from youth, adding several minutes to the job in hand. Most of these decades old revelations greeted with the recurring catchphrase of  “I forgot we had this!”

Consequently, instead of loading my car with what mater deemed surplus to requirements, my sibling and I spent ages reading the antics of a wee Scottish scamp (Oor Wullie), or scouring through 1970’s holiday photos taken near Filey. 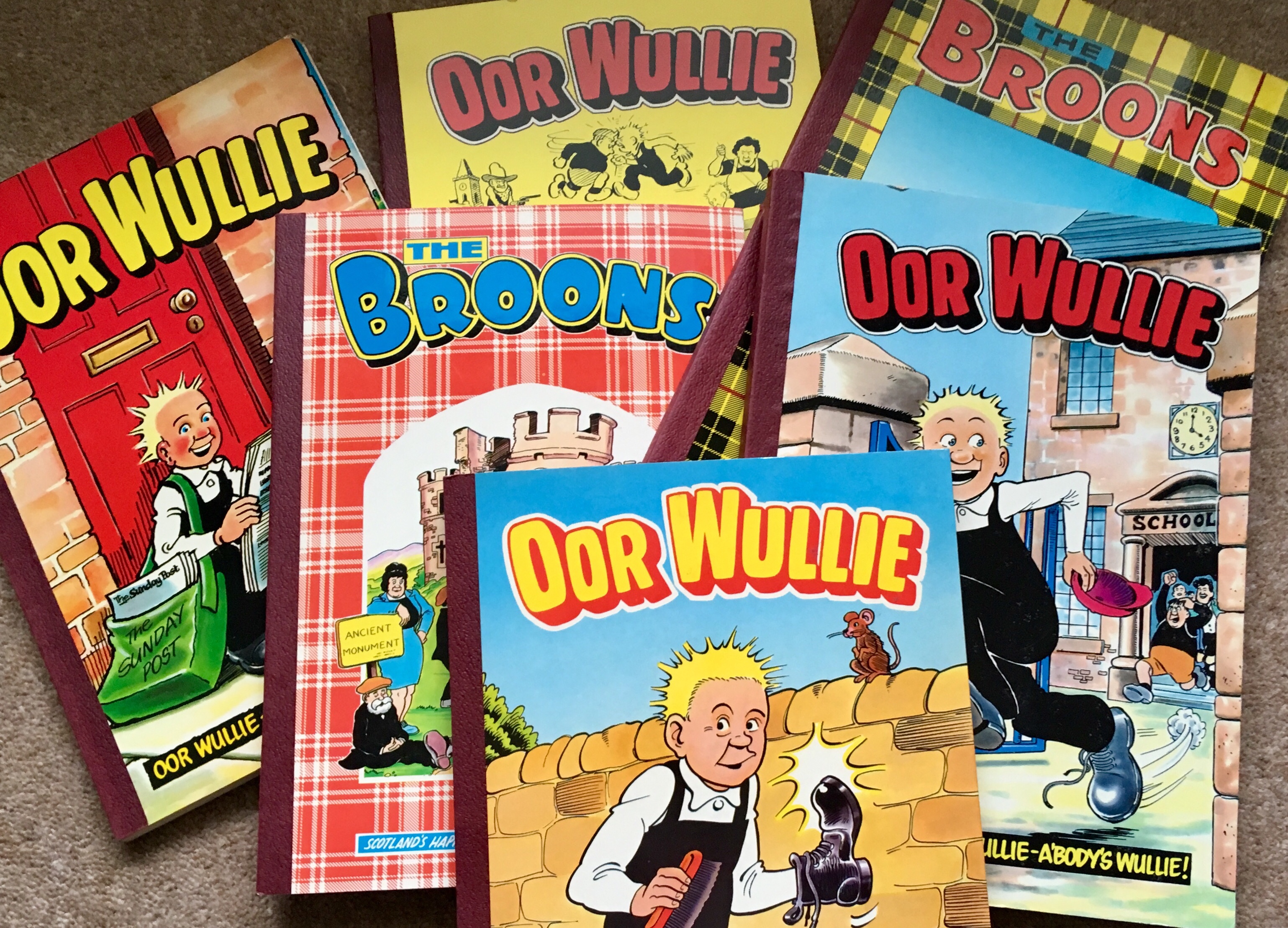 A period of procrastination later occurred when, like a latter day Del Boy and Rodney (from ‘Only Fools & Horses’), we chose to make half-assed valuations of our late grandma’s old costume jewellery. Trinkets our sister Helen played with in her fledging years – Pieces we concluded weren’t going to inadvertently unearth a £6 million find akin to Peckham’s finest.

Not everything we shifted had the same intrinsic place in our family history. For instance, several old tins of paint, bottles of used cooking oil, and some pickling vinegar that had been there so long the jar lid has started to corrode. Cooking oil so old even scruffy ‘Fool & Horses’ café owner Sid wouldn’t utilise it in his grubby establishment.

The Charles & Diana plate made it’s appearance in a tea chest that apparently hadn’t been opened since my parents moved into the residence in 1989. With thousands of this piece of curios gathering dust in houses and garages worldwide, ‘Del & Rodders’ deemed it valueless. Consequently, joining the old paint and cooking oil in my car boot, ready for onward journey to it’s final resting place at Middleton tip.

When we’d concluded our work, my car boot and rear seats burgeoned with the victims of the final purge. My mum was in no mood for sentimentality with regards the what she wanted binning.

Never one to stand on ceremony, her retort to the accusation of being overly ruthless with items of family curios was “We might as well put the whole bleeding lot back on the shelves if we don’t do the sodding job properly!”

With me inheriting dad’s hoarder gene, my mums approach was an alien mantra to yours truly. Subsequently, my mind flooded with epiphanies like “We should keep that piece of wood. It’ll come in handy one day!” and “I can’t believe she’s binning my dad’s DVD of ‘The Wild Geese’ he got gratis with a Saturday papers!”

Anyhow, on arrival at the council tip, Ian and I despatched the unwanted items into various recycle and non-recycle skips. For a dyed in the wool hoarder, I found lobbying the stuff my mum wanted rid of into massive waste vessels quite cathartic. Although, my more humane sibling seemed upset of witnessing the unnecessary slaughter of innocent household items.

After dumping the last box of detritus in a non-recycle skip, I drove to mum’s to drop of our kid (where he’s staying until tomorrow). Prior to heading to my east Leeds abode, I asked my brother what his plans were for the evening.

“I’m not sure……. After today, though, I suppose watching ‘The Wild Geese’ is out of the bloody window!” his melancholic reply.

One Reply to “The Final Purge”