Actually, hit is probably too strong a word – Gently pawing the West Yorkshire audience into submission with debonair jazz standards a more apt descriptive of his superbly mellow performance.

The synergy of his playlist was predominantly made up by his own compositions with the odd Nat King Cole classic thrown into the melting pot. The seemingly effortless delivery of his laments, honed in the jazz clubs of Harlem, possibly the coolest of the cat in the hat’s many cool attributes.

When I first saw Porter walk onto the stage during last year’s televised set at Glastonbury, I made the initial assumption his trademark cap was a gimmick. An essential distraction deflecting from the fact the California-born warbler’s act wasn’t up to much.

He then proceeded to sing and within a few bars of the refrain I realised my assumption was massively wide of the mark. His phrasing impeccable, delivering solid songs of love and melancholy, banishing thoughts of his unusual headgear from my conscious mind. 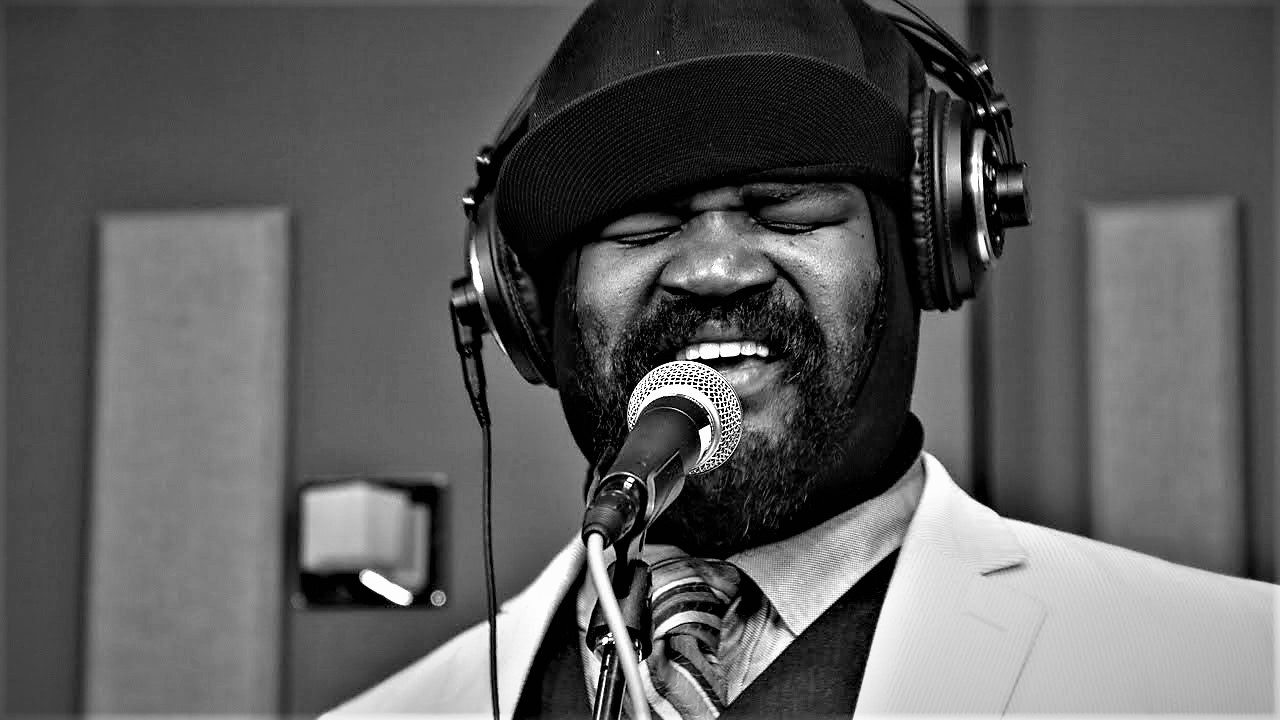 Complaining she’d never heard of him, I quelled my septuagenarian mother’s curiosity by showing her footage of Porter’s aforementioned Glastonbury gig.

She sat attentively throughout the 4-5 minute video clip. When it concluded I turned to seek my mother’s opinion of Gregory’s efforts. She mulled over her response for a few seconds before exclaiming “What the bleeding hell was that he had on his head!”

The singer/songwriter wasn’t the only member of the band wearing millinery. In fact, all the musicians, with the exception of the trumpet player, were adorning headgear on stage. As a kid I was told it was bad manners to don headwear indoors……. Or that might’ve been if you wore a hat in church.

Either way, think on Mr Porter and your cohorts……. Otherwise it could be the trumpeter whose the only one not seeking spiritual redemption on judgement day.

The band, as you’d expect from performances by acts in the upper echelons of the music industry, were all highly accomplished exponents of their respective instruments. Instances of jazz improvisation and jamming made the occasional appearance when mid song Gregory rested his velvet tones……. The chuffing show-offs!!

I may not be able to play an instrument with aplomb like Porter’s support band, but at least I don’t wear stupid hats like the musicians on show last night……. Actually, coming to think of it I do occasionally wear a trilby in summer – Strike that disparaging slur!

Greg (can I call you Greg?) seemed appreciative of the warm reception bequeathed by the Leeds Arena patrons – Welcoming the cool American jazz crooner to lay his hat in their home.

In their unofficial anthem ‘On Ilkley Moor Baht ‘at’, Yorkshire folk sing about the risk to life from exposure by walking on Ilkley Moor without a hat….. I don’t know if Gregory and the lads had a chance to visit the famed moor, but if they did at least they’d not have to worry about death from exposure to the elements……. Well, apart from the trumpet player!

One Reply to “On fd Arena Stage Wit ‘at”