Yesterday afternoon, I undertook a small decorating job, treating my en suite walls to two coats of emulsion. Consequently, in the areas bereft of tiling, the room that provides alternative shower, toilet and washing facilities now adorns a chroma of Natural Hessian.

This is a fairly neutral colour from a paint company’s bathroom/kitchen range, providing a rich matt finish. Not to be confused with the hue of Rudolph Hessian, which is an altogether less appealing tincture.

Time-wise, the limited size of the room meant the task in hand wasn’t overly long. However, the cramped space in which I grafted resulted in a fiddlier chore than I previously recalled. Attempting to spruce up confined areas with your head down the toilet, or torso jammed behind the sink pedestal, brings with it a whole new set of obstacles for the amateur decorator. 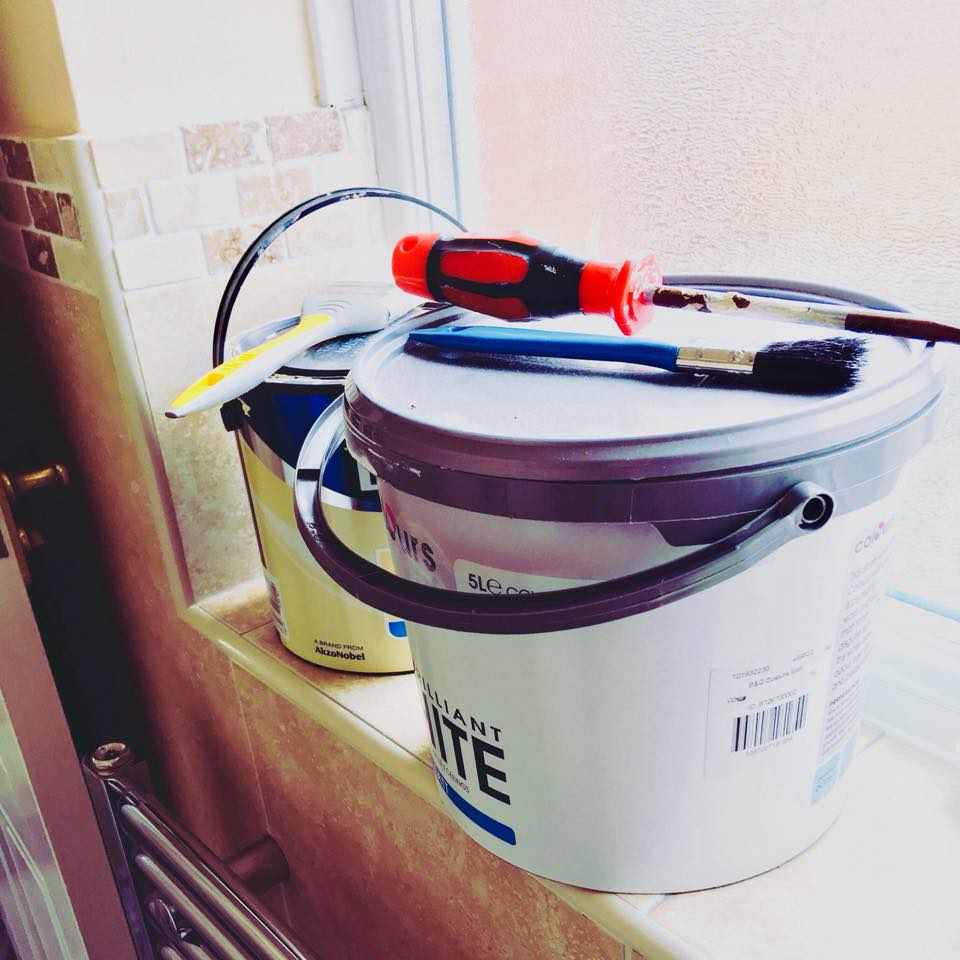 My decorating skills aren’t too shabby for an amateur. Mentoring from one of my cousins, who is a professional decorator, helped me overcome many flaws in my painting technique – In particular my speed at undertaking the task.

The day he told me “If I was you, Gaz, I’d use a paint roller to apply the emulsion instead of a toothbrush!” significantly increased my decorating speed. It was inspiration guidance that not only allowed me to finish a room in a timelier fashion, but also meant I wasn’t cleaning my teeth with a brush covered in Cerise Blue or Magnolia Red paint.

My cousin’s advice to use step ladders instead of a trampoline to emulsion the ceiling also helped improve my overall decorating experience. Additionally, I felt less concussed after a day’s graft, a consequence of not cracking my head on the ceiling as frequently.

Not all of the advice my cuz bestowed was as handy. A thorough worker, he always advocated that instead of painting around signs on walls or door handles you should remove them prior to applying raw materials. I once utilised that approach on my chipboard door, which resulted in the thing unceremoniously falling apart….. The handles were the only thing holding the bloody thing together!

Through his coaching, though, I learned heaps of tips on improving my home aesthetics with a paint brush and roller. Also through my cousin I learnt black gloss on masking tape makes a great fake moustache, and green paint on masking tape looks as though you’ve sneezed.

I’ll always be grateful to him for my decorating tutorage. Especially the sick day I secured 10 years ago after I arrived at my employers wearing the green paint covered masking tape. Not forgetting the night I won a Groucho Marx lookalike competition from the black masking tape hint.

He also taught me that a white spirit shandy is a massively underrated cocktail. I doubt he was talking from experience, however, I like to keep an open mind after witnessing him cleaning a gloss covered brush by belching on it.

My en suite is looking refreshed after the hard work yesterday. All that’s left for me to undertake now is to gloss the door….. And no I won’t be taking the handles off!