My train journey back from Newcastle to Leeds on Sunday afternoon passed swiftly. My ninety minutes in situ of the Trans-Pennine locomotive predominantly spent writing, along with chatting to a diminutive middle-aged Gateshead woman en route to her daughter’s in Bradford. 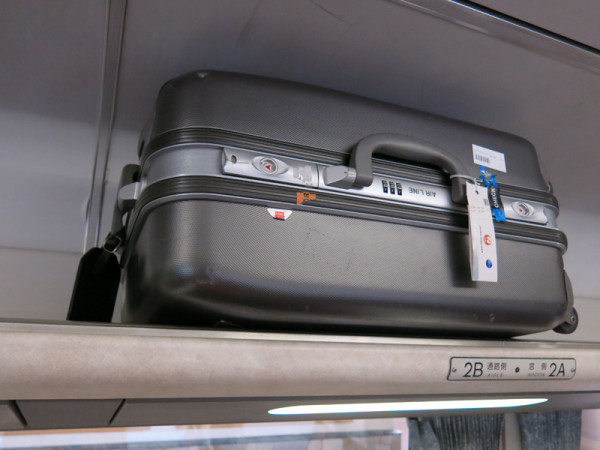 This lady, short of mane and even shorter of legs was initially an affable soul; appreciative of my offer to place her case in the carriages overhead luggage rack as we commenced our sojourn. Gratitude that extended to her expressing “Thank you. You’re a star.”

“Think nothing of it, short arse.” I responded mischievously.

“I’m not that small!” argued the petite, grey-haired, case wielding female. Obviously put out by my observations about her paucity of stature.

“You’re joking aren’t you!…. You could have stored yourself in this cabin case and saved yourself the price of a train seat!” I felt moved to respond. Adding “I’ve seen bigger phone bills!”……. Which, to be honest, was probably true when my kids lived at home.

“Are you always this rude to people you’ve just meet?” the Lilliputian enquired tersely.

“Yes…. I’m also this odious to people I know. So please don’t feel as though you’re being singled out!” I moved to re-assure her.

“If I was tall you wouldn’t call me short arse.” she proffered tetchily.

“No, I’d probably call you a lanky streak of p*ss!” I rudely concurred.

“You wouldn’t suggest I was a lanky streak of p*ss or short arse if I was of medium height.” the little lady admonished further.

“I know. Under those circumstances I’d name you …… errrr…… ummm…… errrr….. Mediumy.” I responded woefully as I floundered for a suitable moniker. Unfortunately, epiphanies for average height related insults were few and far between on Sunday afternoon.

“Is that the best disparaging nickname you can muster for a person of medium elevation?” the wee lassie sneered.

“No…… I’m very creative, I thought of loads!” I misguidedly fibbed. Digging myself into an ever deepening hole.

“Like what?” the woman queried. Starting to warm to the conversation in the knowledge she had me on the ropes.

“I told you. I’ve some great putdowns for people of average height!” I lied further. Now using a pneumatic drill to enlarge the hole, as opposed to just a shovel.

“Go on then. Tell me some of them.” the diminutive woman tenaciously continued.

“Errrrr….. ok……. There’s also…… ummmmm…… Averagey.” I floundered, beads of sweat now forming below my ever reciting hairline. A consequence of being completely bereft of a insulting height related nickname for those who don’t fit into the short arse or lanky streak of p*ss category.

“Averagey!…….. Averagey!…….. Is that the best your supposed creativity can muster?” the lady disparaged, continuing to ‘turn the screw’.

“No I have loads!…… There’s also….. errrr….. Medium Heighty!” I floundered further. Foolishly opting to continue engaging in this conversation. This woman may have had little legs, but I was the one getting out of my depth.

“I could also utilise the moniker Average Heighty.” I again continued unwisely.

“Errrr…. No.” came my sheepish reply.

“So to clarify. You’re saying if I’d have been average height you’re putdown name for me would either be Mediumy, Averagey, Medium Heighty or Average Heighty?” she scoffed disparagingly.

“Errrr…. Yes.” I yet again spluttered.

“Well it appears you don’t possess the creative wherewithal you boasted about earlier, does it.” scoffing at usurping me in the conversation.

Sitting quietly, I remained tight lipped, embarrassed and perspiring heavily, longing for the locomotive to pull into Leeds station (scheduled for half an hour later).

On arrival at Leeds, I rose quickly from my seat and hurriedly headed toward the carriage exit. In the distance I heard the diminutive lady, who’d earlier denounced my creativity, shout at me:-

“Are you not going to lift my case down from the overhead luggage racks?”

I stopped momentarily before disembarking, turned to face her and replied tetchily “Am I bollocks. Get it down yourself, you chuffing short arse!”