Yesterday, I had a conversation with an old acquaintance about Christmas gifts. It wasn’t a long conversation, moreover me asking him “Where the chuff’s my Christmas present?!” 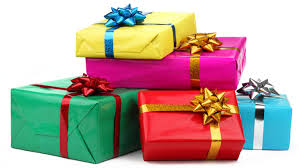 Knowing I was joking he laughed and the conversation moved on. He confided in me he’d just undergone a minor hospital procedure to remove something on his head. I asked if it was a suspect growth that needed a biopsy, to which he responded “No, a bowler hat! ….. It’s the last bloody time I go to a fancy dress party dressed as Stan Laurel!” 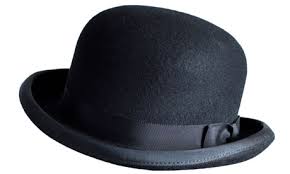 He had some positive news last week when his son’s wife gave birth to a baby girl. It’s his first grandchild, which the overjoyed parents have named her Winter Sun! I wanted to ask him if his daughter-in-law had given birth to a little girl or a holiday brochure! However, I thought it inappropriate under the circumstances, instead congratulating him on the new arrival.

After a disorganised week or two, I’m relieved to have finally got my presents bought for the big day. The only thing I have left to do is write the Christmas blog I promised my mum as a festive gift.

I’ve no idea what the fat bearded bloke with a red face (that’s St Nick, not me!) will bring yours truly this year. Not that I’m bothered, as I prefer surprises and will be happy with any token bequeathed to me ……… Just as long as it’s not a blog some idiot had written, which would really hack me off!

I’ve no idea how the piper gets into the house (I assume it’s the same way as Santa), but he’s an amiable chap and it’s a novel way to start a special day, so I don’t question it.

The only time it didn’t go so well was the year my Carpenters cd went missing.! I don’t like making accusations, but when he piped us in with the song ‘Yesterday Once More’, the following Christmas, fingers started being pointed.

After the presents have been opened, I’ll no doubt mull over which tombola will be the recipient of a Jeremy Clarkson soap on a rope gift…… The unwanted gift from Aunt Edna. I’ve nothing against Clarkson per se, but I do have a problem with using soap.

I’ll then make us a full English breakfast, which sets us up until we crack open the box of Celebrations chocolates mid morning. While I cook breakfast, Karen puts the turkey in the oven. I’m hoping it’s going to be a smaller bird than last year; when it was so large, if it was still alive, she could have ridden it home!!

Its mammoth size resulted in having to baste it in Vaseline to get it in the oven; not to mention using a crowbar to get it out when cooked. 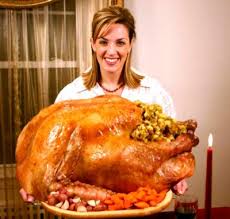 To be honest I’m not a big fan of turkey, but I’ll eat it on Christmas Day out of tradition. I feel strongly these should be maintained and, hopefully, passed on through generations!If truth be told, I find turkey a very dry meat with not a particularly pleasant taste, especially when basted in Vaseline!

After the turkey dinner, there’s Christmas pudding, followed by cheese and crackers. We tend get a selection of cheeses from around Europe. I’m not sure why we keep up this particular tradition, as it costs a fortune in air fares and the cheeses are available in Sainsburys around the corner!…… I might have to revisit that strategy.

We leave the table when everyone has finished their cheese, crackers and a coffee. The caffeine hit is essential to negate drowsiness while watching TV, playing a board game or when finding a room to hide in to mask the sprout induced flatulence.