Today, my son Jonny is due to visit back to his childhood home; a pre-Christmas odyssey to exchange presents, whimsical insults and creosote anecdotes.

The wood preservative yarns are a family yuletide tradition, passed down through generations of Strachans. They’re never captivating, apart from Uncle Bert’s tale of victory in the 1957 Bramley Shed Stainer of The Year competition….. Actually, on reflection that’s pretty dull as well – Strike that, they’re all dull!……. “But tradition is important, or so Topol advocated in the movie Fiddler on the Roof.

It’ll be heart-warming to see Jonny for a few hours, especially as this year I’ve got headphones to block out the creosote tales. My eldest offspring always raises my spirits with his warm smile and engaging demeanour.

As his sister Rachel is still on her Canadian jaunt, we won’t have the pleasure of her company at all this festive period……. Instead, the Alberta Anecdote Appreciation Society (AAAS)  will be graced by my daughter’s yuletide presence. The AAAS Christmas dinner this years festive choice for the sometime high maintenance Yorkshire lass. 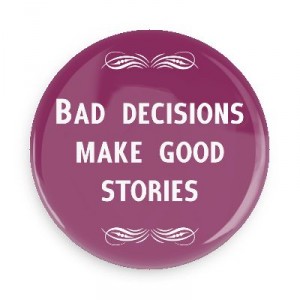 Going off on one of my trademark tangents, I had an enlightening chat with my wife yesterday while watching a TV movie called Feud. A biopic that portrayed the toxic relationship between late A-list actresses Bette Davis and Joan Crawford.

Sitting in the living room sofa (I decided not to levitate on this occasion), the following conversation took place:-

Me – “What was the film we watched ages ago starring Bette Davis?”

Feud was a thought provoking offering, relaying the animosity between two of the most successful actresses of their generation. It also highlighted the manipulation by Hollywood studio bosses, ensuring the friction between Crawford and Davis was maintained as it was ‘box office’.

My intention was to title this narrative ‘All About Christmas Eve’. The reason being I bizarrely deemed the header a clever mashup of the fact we’re in the midst of the festive season and I’d made cursory mention of All About Eve within the prose.

On further reflection, though, as it isn’t Christmas Eve yet and I hardly reference the 1950’s movie, I decided it was a rubbish title so plumped for ‘Odyssey of the Offspring’.

I used to know someone named Joan Crawford. It wasn’t the acclaimed actress of the 1940’s/50’s, however I thought I’d share that snippet with you anyway…… Look, I realise that’s not a very interesting yarn; it could have been worse, though, I could have shared Uncle Bert’s shed story from 1957!

Jonny has been and gone home to York as I re-commence this section of the narrative. During his time here, he furnished his mum and I with a tedious tale about how Ronseal choose colour names for their preservative charts.

Shortly after concluding his yarn, I woke to present him with a hardback book I’d written in memory of his recently passed granddad. Although he was appreciative, the importance of the tome moved me to inform my offspring:-