During the last few months, I’ve occasionally penned about times as a fledgling cricketer in my teens/early 20’s, playing at Gateshead Fell Cricket Club. These unreliable memories started with Tales From The Scoreboard – Part One and Tales from ‘The Fell’ Scorebox – Part 2 : closely followed by a whimsical tribute to my 1980 junior teammates with tongue in cheek biographies in GFCC – Class of 80.

At the weekend I added to these recollections with a ridiculous fictional yarn. An unlikely tale of how the treble winning junior success in 1980 was underpinned by extorting league umpires, in Extortion On Eastwood Gardens.

The first three literary offerings were factually based but predominantly words of fiction. The final blog about corrupt umpires contained not one shred of truth; it’s roots based firmly in my neurological corridors behind a door marked ‘Utter Nonsense’. An entrance some moot I venture through far too frequently……. A chamber next to a door adorning a ‘Utter B*ll*cks’ sign, a place I also have a penchant for frequenting.

I avoid writing the total truth (or in the last one’s case, any truth) as I recollect very little of the of club cricket games I partook in over a period of 30 years. Be that with Gateshead Fell CC in Durham, Great Missenden CC in Buckinghamshire or Colton CC in Yorkshire.

I recall my debut for Colton 2nd XI, which was in the Leeds League against Great Preston in 1997. My memories, though, not of the wickets I took that day, moreover one of their team (who was I believe is an ex-Great Britain rugby league player) entering the field to bat without gloves. A move he deemed perfectly safe as, to paraphrase his words, he wasn’t a “soft-s**te!”

My debut for Gateshead Fell juniors was scheduled to take place in the County Durham town of Horden in 1977 (I think). A ground that doesn’t possess the aesthetically pleasing scenes of, say, those of Upper Wharfedale,  Addingham and Burley-in Wharfedale in the Yorkshire Dales. However, it was a club that had the wherewithal to attract West Indian international cricketer Derek Parry as their professional in the 1970’s/80’s.

As a 14 year old, my first appearance for the under-18 team was purely to make up the numbers during the holiday season. I obviously had no chance of bowling and would bat at 11, however it mattered not to the young lad and his dad, who went on to follow him (and latterly his brother) for every junior game he played afterwards.

If truth be told my debut was literally a damp squib. The game called off before a ball was bowled, the consequence of the unforgiving precipitation in Horden that afternoon. With sky’s as dark as the clocking out miners at the then open local colliery, it wasn’t long before we headed back to Gateshead with our heads under our wings…… Well, umbrellas.

I had to wait until the following season until I got another opportunity to feature for the under-18 junior side. 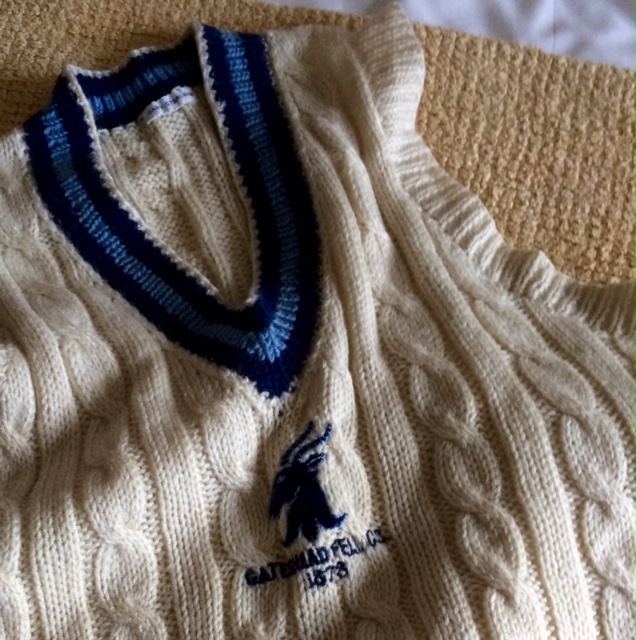 If memory serves me correct, it was at a much sunnier Horden the following season where I took my first junior team wickets. In those days my dad was a big influence on my bowling; standing behind me to watch every delivery and giving advice. I always really appreciated the old man’s input, I just wish hadn’t delivered it stood umpiring at end I was bowling from.

I don’t think cajoling me to take wickets during the over, along with his distracting yells of “Miss!” at opposing batsman immediately after the ball left my hand, helped re-assure our opponents of his impartiality.

In one memorable away game his antics caused such controversy the crowd went absolutely wild. Actually, that’s not strictly true as the spectators didn’t go wild, they were already wild. We were playing at Lambton Lion Park!!

The following season, I changed my bowling style to a rarely witnessed left arm wrist spin. A form of delivery that improved my wicket-taking effectiveness to such an extent someone labelled me ‘The finest left-arm wrist spin bowler in Durham junior leagues that year’.

As I was the only left-arm wrist spinner in the Durham junior league at that time, in addition to the fact it was my dad who said it, I didn’t pay the compliment much mind.