I’ve been creating an inventory of my old man’s vinyl albums this morning. As he’d a real love of many genres of music, I was somewhat surprised to find a paucity of Long Players (LPs) in the dusty box located on a garage shelf. A drop in the ocean compared to his sizeable cd collection, which boasts eclectic choices of jazz, musical theatre, pop and rock to name a few.

With our mater having no interest in our late father’s music collection, and her desire for a reduction in the garage contents, I decided to produce an itemised inventory. A list from which, if so desired, my siblings and me can select an album(s) which would manifest fond recollections of dad. Or maybe merely utilised to identify an LP(s) which we hanker to own.

My brother Ian has responded to my email, requesting dad’s Beach Boys Greatest Hits album and our late father’s watch, ring and diamond encrusted dentures. I’ve replied to my bro, informing him I’ll put the Beach Boys vinyl to one side. However, with regards the watch and ring, a decision on their future ownership is in the hands of mum….. Incidentally, I’m only joshing, my brother isn’t mercenary in the slightest.

Anyway, the diamond encrusted dentures were sold ages ago, after Mally left rap posse Jazzy Jacob & the Juxtapositions in the 1990’s. A fraught time in father’s existential journey; an acrimonious split the consequence of Jazzy Jacob and DJ Dresscode allegedly plagiarising lyrics to a song the old man had penned titled the Connie Club Blues.

If truth be told, dad never really fitted into to the Thacklethwaite based rap ensemble. Their fractious relationship blighted by arguments over which way they should wear their caps, in addition to disagreements with management about merchandising strategy. In particular, the decision to market Jazzy Jacob & the Juxtapositions colonic irrigation pipes.

Critics mooted contents of colonic irrigation pipes were an apt metaphor for the music they produced, but it was the final straw for the normally undemonstrative Yorkshireman. He left shortly afterwards, malcontent but relieved he could now wear his cap the right way around and don jeans that weren’t halfway down his ass.

Anyway, I digress! Back to the vinyl album inventory.

I still await what album(s), if any, my sister Helen desires from the inventory. Despite taking a fancy to some of my pater’s record collection, I’ve personally no idea which of the forty vinyl records I’d prefer. As I possess a slightly closer taste in music to my dad, there’s probably more I’d listen to than my siblings, so they can have first dibs.

Listing these pieces from my father’s vinyl music collection (mid-1950’s onwards) triggered many emotions. Fond memories of childhood listening, melancholy at confronting discs by his favourite artists, intrigue at some of the older jazz EP’s from his childhood, were among the sentiments experienced.

I’d love to know the story behind the early records. What was it about these particular recordings that, as a young man, moved dad to purchase these vinyl jazz EP’s by Stan Kenton, Shelly Manne, Shorty Rogers and their orchestras?

My expectation is I’ll never get answers to those questions now. Unless, on listening to these sixty year old recordings, the responses to my queries hit me square between the eyes. My exposure to the jazz refrains resulting in a ‘light bulb moment’ and the consequential muttering to myself of “Ahhhh! …… That’s why, dad!” 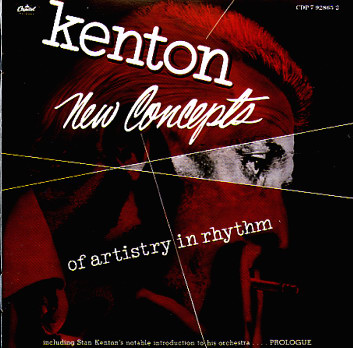