Collecting with a charity box/bucket in a supermarket can be a great people watching exercise. By studying the diverse cross section of ages, races, creeds and colours that frequent these stores you soon get an indication of which demographic is more likely to donate.

In this scenario I’m referring to people who are more likely to donate to cancer charities. I can’t speak about the profile of benefactors to other organisations but, having collected on 6-7 occasions for different cancer charities, I’ve acquired a definite indication of the demographic groups more inclined to bequeath cash. The objective of this narrative is not to name and shame the least likely to donate, or indeed highlight the cross sections of those who appear to be most generous. My study doesn’t take in a wide enough sample to do that, these are just the observations of a middle aged man, thinning of hair and bitter of mind.

A man so disenchanted with the world in which he lives, he’s very close to opening his back door, stepping on the upper patio and screaming “Aaaaarrrrrggggghhhhh!” in Brian Blessedesque bluster tones!……. Or he would if he could find the backdoor key!

What I will elaborate on, with regards to potential charitable benefactors, is you soon know whether a store customer is going to donate or not. There are many tell tale signs, such as if they are going to donate they will put money in the bucket, if they aren’t they’ll walk past you…… As you can see, I’m a great reader of individuals!

Another indicative sign that they won’t donate is if they are wearing a ‘I’m not going to donate’ t-shirt as they come within your radar range. In these circumstances, I find you need to maintain your professionalism and smile wryly (without comment) as the non-contributor strolls by.

If they are wearing a ‘There is absolutely no bloody way I’m going to donate’ t-shirt, I lose all semblance of professionalism and will mutter ‘tight arse’ as they pass….. Incidentally, that is a joke. I would never be that rude to people….. Not while collecting for charity anyway!

Additionally, I respect all people’s choices whether or not they decide to become a benefactor of the organisation I’m working on behalf of. Of course I’m happier if someone donates, after all raising funds is what I volunteered for. If every customer donned a ‘There is absolutely no bloody way I’m going to donate’ t-shirt I’d have wasted my time.

However, If they do that it’s fine!…… Although should that happen, I may change into my ‘You can shove your Meal for 2 for £10 up your ass!’ t-shirt shortly before I leave for home…… Again, that is a ‘tongue in cheek’ remark, there is no way I’d have a bespoke t-shirt made up like that…… Well, not unless I can claim t-shirt expenses, I’m giving up my time gratis after all!!

Some of this narrative may seem a tad confrontational, however, nothing could be further from the truth. The collections I’ve undertaken are great for providing an insight into the philanthropy of the British public.

This middle aged cynic gets a heart warming glow at seeing first hand the benevolence of so many people; many of whom are pensioners. It restores his faith in the human race and makes him believe that one day there will be a global utopia. A world without war, conflict, famine and the name Barnaby.

Anyway, due to the munificence of many supermarket customers over lunch hours today, a cancer charity is better off by just shy of £100. Thank you to all who donated, even though it’s highly unlikely they’re reading this.

Right, I have to bring this to a close as there is a vexed looking guy wearing a ‘What’s wrong with the name Barnaby?!’ t-shirt at my front door! 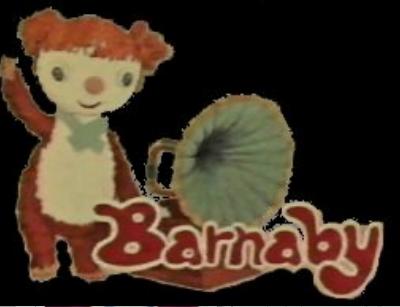