This morning, before she left for a few days sabbatical in County Durham at her parents, Karen and I had a thought provoking chat about song lyrics.

It started over a disagreement about whether her dad includes the words Sainsburys in most songs that he sings. Karen was adament that her pater didn’t, but I told her that I’d often heard him reference the name of one of the UK’s biggest supermarkets in his ballads.

I’m not sure why George feels the need to insert the word into classic songs in his frontier gibberish.Could it be he uses the word as a replacement to any lyrics he doesn’t know? Or is it just the case he genuinely thinks they are the lyrics, after all he’s not the brightest.

In an act of blind loyalty, Karen says I’m mishearing him and he is singing the words as originally written by the lyricists. I countered if that’s the case, somewhere after the composition of the original lyrics, the word Sainburys must have been replaced by the more appropriate Amarillo and San Jose respectively.

Sainsburys and Amarillo – Apparently, both are hard to find without sat nav

Not knowing lyrics isn’t something to tease anyone about. At times we are all guilty of singing incorrect words as we heartily singalong to a favourite tune.

It has to be said, though, that replacing every word you don’t know within the lyric with the name of a major supermarket is indisputably eccentric.

It’s not just contemporary compositions Karen’s dad “enhances’ with his unique interpretation of the prose. He also inflicts the same irrational process to hymn lyrics during church.services.

On my wedding day I was mightily uncomfortable during the service when the whole congregation, apart from him, were singing ‘The Lord Is My Shepherd’. It was hard to make out through the sounds of his gibberish what he was crooning. Needless to say he seemed to be singing something relating to the lamb aisle in his favourite supermarket.

Karen is adamant he would never sing about Sainsburys lamb aisle at church and that I’m making it all up. She claimed at our wedding he sang the ‘The Lord Is My Shepherd’ perfectly in a flawlessly pitched and rich baritone voice.

However, she did concede that in one verse he did mention Nectar Cards (Sainsburys reward card) and the current reasonable croissant offers in the Bakery section.

Croissants – They were on offer at Sainsburys around the time of my wedding. My father-in-law made a right song and dance about it!…… Well a song anyway! 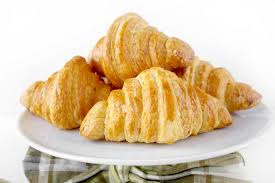 The only song I’ve heard him sing which didn’t include the name of his favourite store was bizarrely a song called ‘Frozen Girl in Sainsburys’ by Candy.

In that he substitutes the word Sainsburys with San Jose. To ask why he does that would be futile as I’d not understand his reply.

Anyway, my courageous little Mrs is on the train up to see her mater and pater as I write. I intend to spend my time home alone productively with gardening, writing and listening to my recently purchased Dire Straits vinyl album ‘Brothers In Tescos’.