Clad in my Rat Pack wannabee trilby, I’m formulating this narrative sat under a parasol in my back garden. The delightful perspectives created by the surrounding flora and fauna encompass me; bringing an almost dream like inner calm.

When I say Rat Pack wannabee I’m referring to a desire to display their cool personas in their heydey and a wish for a voice like Sinatra’s. Not in contemporary times as, of course, they are long gone.

I think my uncool appreciation of the cornucopia of colour on display in my back yard (as they would call it) would immediately rule out any chance of membership in their exclusive club…… The fact I can’t sing or dance wouldn’t help either!

Even if I could sing like Sinatra, dance like Sammy Davis Jr, drink like Dean Martin and do whatever Peter Lawford did, all the good work would be undone as soon as I started waxing lyric about the aesthetics of shrubs and bedding plants.

I’d be shown the door immediately after informing the entertainers “That hebe has thrived this year, Frank.”, “Those petunias look distinctive in that striking royal blue colour, Peter.”, or asking “Have you just drank my tomato feeder, Dean?!”

I suspect the Rat Pack were disinterested in horticulture. If they were around today, I couldn’t see them as judges on the Chelsea Flower Show, or hanging out with TV gardener Alan Titchmarsh at the Blue Peter garden.

They strike me more a Celebrity British Bake Off men. In my erratic mind I can see Dean Martin receiving plaudits from Paul Hollywood and Mary Berry for his bourbon trifle (without the bourbon).

What Dean Martin might have looked like on Celebrity British Bake Off while baking an invisible trifle and if he’d had a moustache……. Oh and hadn’t passed away! 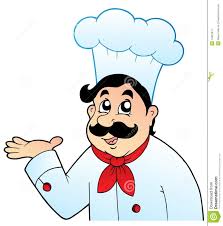 Never mind at least I have a trilby and the knowledge that, although I’d never be as cool as them, Sinatra and his buddy’s couldn’t wrap their arms around their neck to touch the opposite ear!……. Double jointedness, now  that’s real entertainment lads!…… Not the alcohol fuelled banter, chumminess and crooning of your heyday.

I can’t stop scratching my head as I pen this narrative. This excessive scratting (as my mum calls it) an unwanted consequence of wheeling out my non-recyclable rubbish bin. 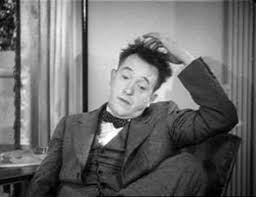 Putting out our non-recyclable rubbish bin is, to be frank (not Sinatra), an absolute pain in the ass. On the plus side though, the city council’s frugality has inadvertently helped as now I only have to undertake this once a fortnight instead of weekly.

Strangley, the council tax didn’t reduce in parity with a reduction in the bin service….. Although, that’s a different story for a different day.

I know what you’re thinking. Why is this bloke complaining about dragging a wheelie bin round to the front of his house once a fortnight? It’s a fair question, however, that insinuation doesn’t take into account two things.

I’m not bothered by spiders, however, I find spending the rest of the day picking webbing and bugs out of my hair like a demented chimpanzee deeply agitating.

I have options of course. I could leave the non-recyclable bin in my garage next to its green recyclable brother. Leaving it around the front of the house beside the garage door is also an option.

Both solutions would negate a fortnightly need to become web and bug encrusted while venturing around the alleyways at the back of our houses.

However, I’m not keen on doing that as I don’t want two weeks of non-recyclable rubbish smelling out my garage, which adjoins our kitchen. Additionally, I don’t want an ugly carbuncle constantly stuck outside my door; that’s the bin by the way not a neighbour!

I’ve had a shower, but all I can feel is the itch resultant from spiders webbing around my beard (which I can’t see) and bugs in my hair. Surely my regime of washing in the shower would have shifted all unnatural intruders from my scalp and face…… Well apart from the fake wart Karen superglued on my nose!

Gotta dash as a spider the size of a tarantula has just landed on my fake nose wart!…….. Aaaarrrrrrrggggghhhhh!