Yesterday I composed a narrative about my wife’s 50th birthday on Saturday. That blog had the emphasis on what reaching that milestone meant to her as the sufferer of a long term health battle.

Today, I wanted to ‘add meat to the bones’ of the events that made her day so special to her. 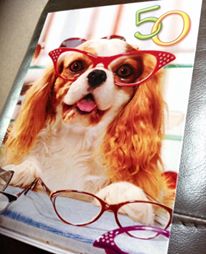 On the day she became a pentagenarian, Karen rose from her bed at around 8.30am. Why she just can’t climb out of bed like everyone else I’ll never know!……. She always has to make the dramatic entrance by showing off her hovering skills!

As she got to the bottom of the stairs of our modest 3 bedroom house in East Leeds, she stopped hovering, landed on her feet and walked in to the living room.

When she saw  presents scattered across the living floor her eyes lit up. Having eyes that illuminate on demand is another one of her party tricks……. Bloody show off!

On her entrance into the room, our daughter Rachel and I started singing the birthday song we’d written specially for the occasion.

This musical masterpiece consisted of Rachel and I singing ‘Happy Birthday to Karen’ over and over again for 5-10 minutes. We aren’t expecting a Grammy award for it, however, my daughter and me were proud our first venture into songwriting had unearthed previously unknown composing talents.

Whether Karen enjoyed the song as much as Rach and I was hard to tell. She looked strained during the last nine minutes of the song, which surprised us as we only sang for seven!

However, I reassured myself her undemonstrative response to our composition was borne from an impatience to open her presents, not from any disinterest in the song.

Eventually, as she eagerly ripping open her pressies, I noticed the birthday girl was shedding a tear……. This was only briefly, though, as it abated when Rachel stopped peeling onions as her mater unwrapped her gifts!

After breakfast, getting suited and booted, followed by another rendition of Karen’s birthday song by Rach and I, our taxi arrived to take us to the train station to catch the York train.

Much to Karen’s relief, there wasn’t just a ‘No Smoking’ sign in the taxi, there was also one advising the singing of bespoke birthday tunes was prohibited.

On arrival at the station and after paying the taxi driver, I offered to sing him the song we wrote for my wee Mrs, in the way of a tip. However, he must have been in a rush as he drove off at speed (with the passenger side rear door still open) on hearing my offer! 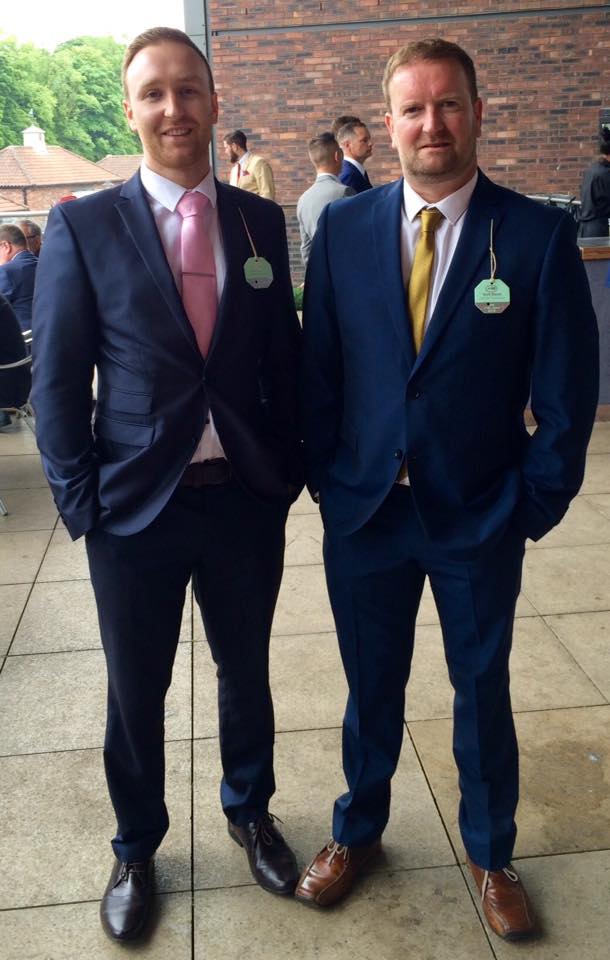 The train to York was packed with revelers, who like us were York Racecourse bound. As I stood in the aisle of the packed carriage, I dreamed of backing a winning horse with odds of 100/1.

I could then live out my dream of buying a croft on an Inner Hebridean island, singing my recently penned birthday song to Boreray sheep, in addition to blogging to my hearts content about furaging.

For the uninitiated, furaging is like foraging, but miss-spelt with the letter ‘u’ where the ‘o’ should be. For those who don’t know what foraging is, it’s like furaging only a proper word, not made up!

At the races the six of us (Karen, son Jonny, his girlfriend Jenny, daughter Rachel, her friend Hayley and me) dined on roast dinner as we overlooked the old Rowntrees’ offices at the Knavesmire.

While quaffing beer, I discussed my prospective crofting project to anyone who was prepared to listen. That didn’t last too long mind you as no one was!

I found that as I approached individuals to relay my agricultural ‘pipe dream’, there was a disconcerting sound of muffled gunshot.

I told my son Jonny he can be in charge of the furaging of the land. “Do you not mean foraging, dad?!” he asked. “Yes” I replied to my bemused looking offspring.

By the time the racing finished at 5.30pm, it was clear that my crofting and furaging dream would have to be put on ice. Unless I can start the project with £60, which was the total sum of my winnings for the day.

After a fairly barren day winnings wise, I thankfully backed a 14/1 winner in the last race. As I stood queuing for my winnings, huge cheers went up in the crowd. I looked towards the winning post to see a middle aged woman streaking on the course.

I’m assuming she was streaking and that the bookie hadn’t won the shirt off her back like he nearly did with me!!

At 5.40 we left the racecourse, heading towards York railway station to pick up the train back to Leeds, where we had tickets to attend a Barry Manilow gig.

I’ll write a review on Bazza’s gig at a later date. In particular, my surprise at him not including within his set the birthday song penned by Rachel and me. 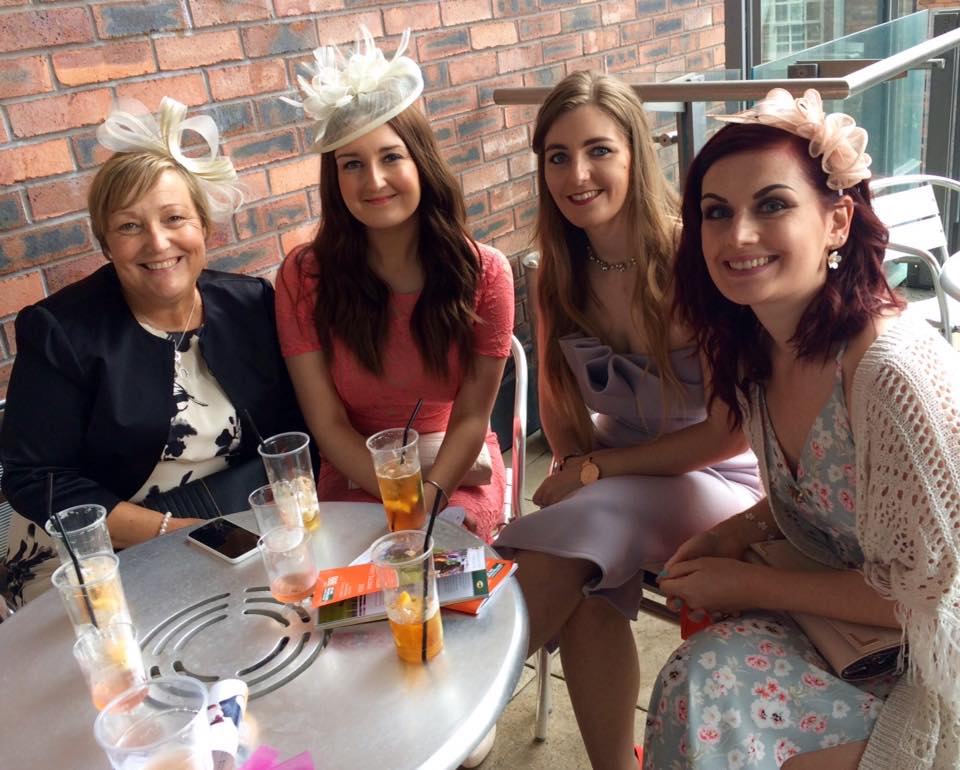