The heat in West Yorkshire was oppressive overnight. I woke up perspiring heavily, dry of mouth and for some unknown reason dressed in a chicken fancy dress outfit…… I suppose that’s a consequence you risk when you go to bed dressed as a fancy dress egg!

I expect for the evolution to move on a step overnight tonight; resulting in this time tomorrow waking to find myself in a chicken balti fancy dress outfit! 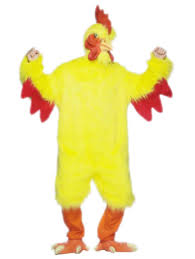 Not wanting to give my erudite remark the consideration it warranted, she paused for a moment of reflection. She then responded “Errrr Ok!……… Oh, and by the way why are you wearing that chicken fancy dress outfit?!”

Everyday I attempt to learn something new in a bid to grow as a person. Today’s lesson that filled a knowledge void occurred while penning this fancy dress themed silliness.

As I waited for the Word application to open, it became apparent that no matter how many times you say “Work faster you useless piece of crap!” to your aging laptop it won’t run any faster!…….. Karen’s just informed me that, being married to me, she learned that saying doesn’t work ages ago!

I really should upgrade to a new device but I’ve grown attached to this old thing. We’ve been through a lot together and I think of it much as a long lost brother. Like my real brother Ian, I have a fondness for it that deserves some loyalty.

Also like our Ian, I’ve had many good times together over the years. Thankfully my laptop doesn’t drink Sauvignon Blanc on a weekend like my real sibling as it would cost me a chuffing fortune!……… And very possibly electrocute me!!

Since the inception of my blogging website garystrachan63.com ( writesaidfred.org ), I’ve been asked by quite a few people what inspired me to pen these narratives.

I respond that it’s something I find therapeutic, which is a distraction from the more challenging elements our family are living with. I also use it as a vehicle to ‘find and exhibit the real me’, after years of judging myself negatively on my recent work output, which in conjunction with other elements were consuming me.

Have I found myself? Well, to be honest that is an ongoing project……. I did find Waldo and Lord Lucan mind you!

If you’re interested, Waldo is playing football for Doncaster Rovers reserves and Lord Lucan is in a B&B at Hemsworth, North Yorkshire, under the alias of Lee Harvey Oswald.

I’m going to have to get Karen’s birthday card bought today. Her 50th is hurtling towards us at breakneck speed. Due to superstitious indoctrination from a negative influence, it’s a challenge choosing my wee spouse a card.

For example, Karen won’t have one which has any type of bird on the front, as she claims that’s bad luck. She also won’t have one with alcohol or men as her mum, in her infinite wisdom, taught her both are evilness beyond belief.

Certain numbers and words are also barred from appearing on her birthday greeting. The numbers 5, 1, 0 and 9 aren’t allowed, as her mum says they are pagan numbers invented by men to infiltrate sacred areas (and I don’t think she means Wakefield Cathedral).

The words ‘happy’, ‘birthday’, ‘shoehorns’, ‘hops’, ‘cloven’ and ‘hoofs’ are also words that must not be displayed within any card either. The result of her mater believing they exude connotations of alcohol, men, satan and ill fitting shoes. 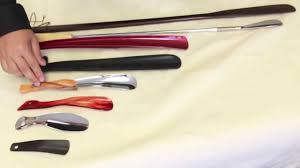 As you can imagine buying a 50th birthday card for someone when you cannot include the numbers 5 and 0 or the words ‘happy’ and ‘birthday’ are a challenge.

Last year I got a bespoke card made from Moonpig wishing her ‘A joyeus Bar Mitzvah’, however I have to make more of an effort this year with it being a special birthday for her.

You’ll have to leave that with me……. Oh, you were!