As I’ve meandered into middle age my levels of cynicism have risen like a glass elevator in a Manhattan skyscraper. As it glides up through the floor levels to the summit it seems to the passenger it can’t get any higher, but somehow another level appears.

Unfortunately, my cynicism doesn’t give me glorious panoramic views of the Big Apple like the elevator, but on the plus side I haven’t got the cost of an ESTA visa to be cynical. Thankfully cynicism is gratis, which is bloody lucky otherwise I’d be a poor man financially.

This midlife crisis level of distrust means that I very rarely have anything positive to say about politics. As a result I try avoid writing about that particular subject like the plague, which I’ve never written about either!….. Unless you include my blogs ‘The Great Plague’, ‘Plagues Aren’t Very Nice’ and ‘I Write About Plagues More Than I Thought!’

However today, is a one off, as I intend to touch on the subject of politics, in the shape of the upcoming referendum about the UK’s status in the European Union (EU).

I undertake this with a remit to myself of not being serious and as non-judgemental as possible. I’ll leave that to the people with less cynicism, the self appointed people’s champions and the citizens of Bromsgrove.

Two weeks today will be a historic day in the annals of our sceptred isles’ history. Will the UK citizens decide to maintain the status quo (I’m avoiding a Francis Rossi/Rick Parfitt gag at this point), or will the great British public vote to move into an unknown new world.

A utopian world where we return to weekly dustbin collections and you can get a bag of chips and a scrout for tuppence….. Incidentally, I’ve no idea what a scrout is, but by the look of it they appear to have been pretty cheap back in the day.

Would this spiritually uplifting new society mean Mars bars go back to the original size enjoyed by Marianne Faithful, not to mention control of foreigners coming over here and writing on our Facebook timelines. Could it also mean the peace of mind of a restraining order on Andre Rieu releasing albums in the UK? 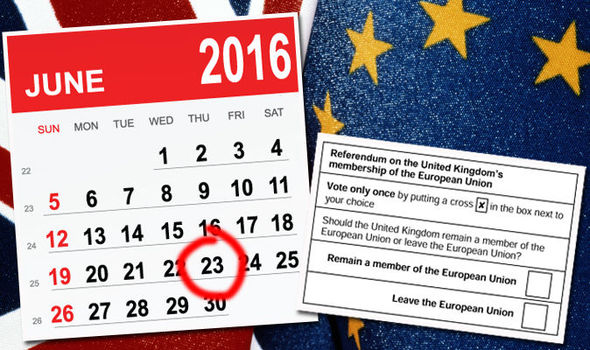 Could it be that leaving the European Union (EU) results in us living happily ever after? Can we survive without unelected people in a different country influencing key legal decisions? What will happen to the dubbed Kinder egg adverts?……. All serious questions that we have a right to answers to.

Additionally, will the dress code remain the same? Or will the Tories, with their new found autonomy and lack of credible opposition, inflict a uniform upon us?

If they do I hope it’s not blue as it would clash with my eyes, although , on the plus side it would give me great camouflage qualities in my aqua blue bathroom.

Thinking about it, though, I’m not sure why I’d want to be camouflaged in my bathroom. I best give that a bit more thought before I paint the whole home aqua blue, allowing my covert movements throughout the house.

I’ve more or less made up my mind of how I’m going to vote on 23rd June. It has to be said, it wasn’t a decision influenced by the sweaty overweight figureheads in either the ‘Remain’ or ‘Exit’ camps.

The playground like bickering and scaremongering, which the senior politicians are indulging in, leaves me cold. Their visions are so vague it’s difficult to gain any tangible insight into what the future holds, regardless of which ideology you subscribe to.

If I’d have wanted a sweaty overweight man to guide me, I reckon I’d be better served engaging with astrologer Russell Grant!…… I know he’s not had the education of the Eton boys, but I’d trust him more than I do them; certainly from a truthfulness perspective.

That is unless he told me he was in the England rugby squad for the upcoming series against Australia, or he’d invented crisps; at which point I might revisit my opinion on his trustworthiness.

Right, due to pressing matters(no not the ironing!), I need to end the blog at this point…… By the way has anyone got Russell Grant’s number? 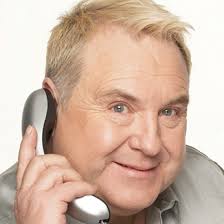