Due to her 8:15am hospital appointment for a CT scan, Karen and I were out of the house at 7.30am this morning. She greeted this investigative work with the similar stoicism she’s exhibited during numerous other appointments over the last half decade.

Without fail she displays a prodigious positivity whether it be appointments with oncologists, neurologists, skeletal consultants, or the host of nursing and ancillary staff that have cared for her since November 2010.

This morning she was particularly upbeat. The reason for this raising of spirits was catching sight of an email on her phone as the car neared the Leeds General Infirmary.

This correspondence told her, that as a birthday gift, she’d been booked onto a Chocolate Indulgence workshop. Attached was the associated ‘theme day’ voucher.

She advised me that she believed the present was from an admirer, who’d left a note on the email proclaiming the gift was a reward for her five years of stoicism, which I alluded to above. 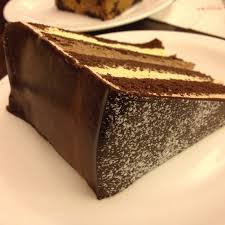 Karen asked me if this surprise gift from an admirer had made me jealous, which threw me as it was I who’d purchased this gift for her 50th birthday.

When I pointed this out she advised that the e-voucher had been signed by someone called Cary so it couldn’t have been off me.

I pointed out she’d misread the ‘C’ in the name, which was actually a ‘G’. I went on to inform her it was actually me who’d purchased this confectionery indulgence theme day for her.

She dismissed this out of hand claiming I was attempting to bask in the glory of another person’s thoughtfulness. This led to the following verbal exchanges:-

“Do you know anyone called Cary?” I asked rhetorically.

“No!” she responded, after pondering briefly.

“Well then the gift is unlikely to be off a Cary then!” I argued in frustration.

“It could be a secret admirer!” my wee spouse countered.

“Thou doth protest too much!” my diminutive wife affirmed disparagingly; while proffering a rare Shakespeare quotation.

“Takes one to know one!” I wittily responded (or so I thought), to show my spouse she isn’t  the only one with a broad knowledge of the Bard’s literature.

Shortly afterwards we arrived at the hospital. Karen made herself known to the CT scan department receptionist and we’d sat down in the waiting room where we recommenced our discussion on the chocolate indulgence gift.

“Look Karen, you don’t know a Cary, that ‘G’ looks like a ‘C’ and more importantly I know for a fact I booked you a chocolate indulgence workshop this morning! So it’s not from a flaming secret admirer called Cary!….. It’s from me!” I exclaimed.

She was just about to respond to me when a radiographer called out “Karen Strachan, please”. She handed me her coat to ‘look after’ and headed toward the uniformed ancilliary work.

Just as I noticed the name Cary Digby on his name badge, he asked Karen “Did you get my email about the chocolate indulgence theme day I arranged for your 50th birthday?” 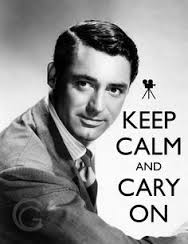