On this day in 1835, P.T.Barnum and his circus embarked on their first ever tour of the United States. 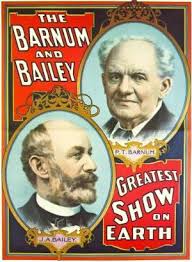 Barnum is accredited by some as being the man who coined the phrase “There is a sucker born every minute.”

Although, others claim the phrase was the handy work of the patients of a Wisconsin orthodontist; due to his reputation of undertaking unnecessary tooth extractions.

Undoubtedly, though, PT (as he was know to people who called him PT) was best known for the innovative acts and sideshows he brought to an audience of thousands after founding the Barnum & Bailey circus.

Among those acts were the Fiji mermaid, General Tom Thumb and a man who claimed he could guess everyone in the audience’s middle name(s).

The middle name guesser, Orville Andean, didn’t last long in his role when it became immediately apparent he was a fake. This followed being blindsided by the audience who, out of nowhere, asked what the ‘P.T’ stood for in Barnum’s name……. After a momentary glazed look, he responded “Physical Training.” and his hoax was exposed.

It proved the beginning of the end for the art of middle name guessing. It dead a death in circuses shortly after Mr Andean’s deception.

Audience’s had now sussed that the trick was too easy to fake. They also came to realise that, even if the act in front of them wasn’t a hoax, it was absolutely rubbish entertainment.

The only man who ever made money from middle name guessing after that was a Bulgarian wizard. He briefly played to sell out crowds after amazingly guessing a Sofian man’s middle name of Zebreedeen.

Some critics made accusations of collusion between the two men following the discovery that the Sofian’s real middle name was Martin. However, the wizard made hay while the sun shone and retired shortly afterwards as a man of means……. Meanwhile, the man whose middle name was really Martin quit the business in shame and opened a Bulgarian restaurant in Wichita, Kansas.

With the dismissal of Orville Andean, it was time for the Fiji mermaid and General Tom Thumb to step into the entertainment limelight.

The Fiji mermaid was presented to audiences as the mummified body of a creature, which comprised of the torso and head of a juvenile monkey with the lower half of a fish.

Legend had it that the creature was caught off the Fiji Islands in the South Pacific by a Maori optician who’d inadvertently snared it when fishing for tuna.

Due to its grotesque appearance, he was going to throw the Fiji mermaid back. He had a change of heart, however, after noticing it had a squint when he decided to keep it and make a fortune by selling it overpriced designer varifocles.

I can’t help feel, if this creature were around now there probably be more fuss about which toilet it should be using, than the fact it was a mixture of species with a camp stance.

The Fiji mermaid was later also uncovered as a hoax when the sideshow’scostume team carelessly left the label of ‘Frank’s Fancy Dress Outfits, Oklahoma City’ visible to the audience…… It retired penniless, although on the plus side it left with some great pairs of spectacles!

Legend has it General Tom Thumb started his act at four years of age; although audiences were told he was 11. The boy was taught to imitate people from Hercules to a bespectacled Fiji mermaid……. Even in those days they were trying to get one person to undertake two individuals roles.

By five, he was drinking wine and by seven smoking cigars for the public’s amusement. At 12 o’clock he was absolutely drunk out of his mind, so went for a sleep!

As an adult the general fought with his wife over starting a family. He wanted offspring, however his spouse unequivocally informed him “The patter of one set of tiny feet is enough, thank you very much!”

When P.T. Barnum embarked on an entertainment career, it was with a variety troupe called “Barnum’s Grand Scientific and Musical Theater”. After his initial success he purchased Scudder’s American Museum, which he renamed after himself.

Well the surname anyway, as even he didn’t know what the ‘P.T.’ stood for! 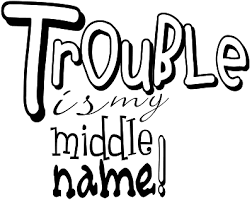 P.T. Barnum was labeled as opulent and fanciful by some. In fact, it is said, one of his abodes was pretentiously based on the grand design of the Royal Pavilion in Brighton, England.

This mansion was built 1848 but burned down in 1857…… It took him a significant length of time, but the middle name guesser eventually got retribution for his firing!!