They say that revenge is a dish best served cold. Well if that’s the case I wish I’d have had revenge for dinner, as the lukewarm lasagne I’ve just eaten was chuffing awful!

Karen’s home made lasagne is normally fantastic, but for some reason this evening it had the warmth of her mum. When she asked if I’d like parmesan cheese on the meal, I wanted to respond “No, but you bring the car windscreen de-icer in if you wouldn’t mind!”

I didn’t though as I’m exaggerating the tepidity of the culinary fruits of my spouses labour. Incidentally, I wasn’t going to write anything about food and its appropriate calefaction. This blog is about revenge; I just got a bit carried away after the first couple of sentences of the narrative.

When Jewish moneylender Shylock drew up a loan contract with Antonio in Shakespeare’s Merchant of Venice, he enclosed the caveat of a pound of his flesh nearest the Christian’s heart should he default on the loan.

Antonio wasn’t best pleased, but was forced to reluctantly sign the contract after baulking at the interest rates of a payday loan with signawayyourlife. com. 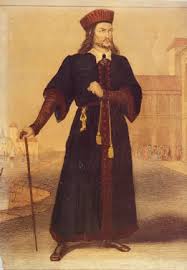 It was a risky strategy by Shylocks rival, who had incurred the moneylenders wrath after insulting him, assaulting and spitting on him in the Rialto (the Venetian Stock Exchange).

However, the bankrupt Antonio took the risk as he was a maverick who was convinced his up and coming compensation for being mis-sold Payment Protection Insurance (PPI) would comfortably cover his debt to the Jew.

It was a spiteful inclusion in the contract by Shylock that would gain him nothing at all of financial value. His reward for non payment the knowledge of the removal of flesh would take the life of his chief antagonist in the previous few years.

This ill feeling was fuelled further after the Christian stole the moneylenders beloved half meerkat/half soprano soft toy, which he got for taking out gondola insurance with meerkatsopranosingers. com. 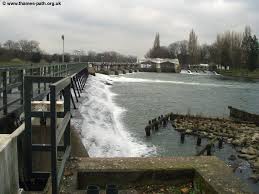 In don’t recall much else about The Merchant of Venice, as I read it at school just over 10 years ago (cough, cough!). However, if memory serves me correct, much to Shylock’s chagrin his daughter Jessica converts to Christianity and Portia (the heroine apprentice lawyer) converts to an offset mortgage account and North Sea Gas.

Shylock’s anger of his daughter was exacerbated by finding out the reason for her conversion was she’d fallen in love with Lorenzo (Antonio’s friend).

When Antonio defaults on the loan, his defence counsel Portia saves his life when she finds a loophole in the contract drawn up with Shylock. While Antonio finds a buttonhole in his breaches.

To show there is no animosity; Antonio returns the half meerkat/half soprano soft toy to Shylock. In a reciprocal act of good faith Shylock responds by telling him “I’ll get tha next time yew lucky bleeder!” in his broad Yorkshire dialect.

The play ends with Portia’s good spirits at her advocacy skills diminishing as a result of uncovering a clause in her new offset mortgage product. This establishes that she must provide a pound of her flesh should she overdraw without permission

The play concludes with them all living happily ever after. Apart from Portia who entered her overdraft and has been hiding in a Clapham bedsit ever since!