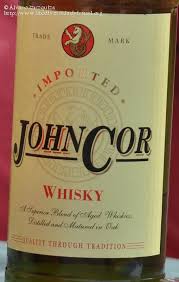 The first known batch of Scotch whisky was recorded on this day in 1495. The distilled liquor’s inaugural mention in the annals of Scottish history is accredited to a Tironensian monk named John Cor, who resided at Lindores Abbey, Fife.

The monk was a servant in King James IV court. I’d like to think he stumbled over the drink after being given the remit by his majesty to “Find something I can mix with cola that I can quaff when I’m nibbling dry roasted peanuts and pretzels.”

Of course, that would be ridiculous. The king was a Dr Pepper fan and didn’t touch cola after he saw how it cleaned a dirty penny in his royal flagon. 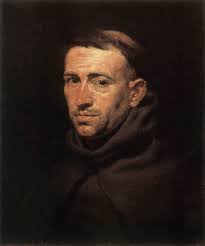 Before anyone thinks of using any of the information I penned above in a history test, I advise caution. I say this because a significant amount of the detail is made up.

To assist identifying the factually correct elements above there is a very simple rule of thumb. It’s all the words that aren’t made up. Does that help? …. No! …. Never mind.

In all seriousness, though, I felt it prudent to add that disclaimer to highlight earlier untruths. I do so because I’ve have numerous emails send over the year I’ve been blogging thanking me for the informative nature of my blogs. Some even comment that what they have learned from these narratives should help in their upcoming exams!

It’s probably common sense to most readers that cola drinks and Dr Pepper didn’t exist in 1495, but you’d be surprised how many take my silliness as gospel truth.

I don’t want to be responsible for a 16 year old failing their exams in the Far East (or indeed anywhere) due to them interpreting my blogs as genuine historical details.

I pen these narratives in an attempt to entertain and hopefully raise a giggle. My website isn’t a serious factual journal about the various subjects I’ve written on; there are large swathes of fiction incorporated within them.

Most people know, of course, the monologues are written with tongue very firmly planted in cheek. However, if you’re in any doubt don’t pass off any reference in my narratives of being factually correct…… At least, not without further research, or unless you’re not overly bothered about looking a fool!

Anyway, I’ve digressed away from my original subject of today being the 521st anniversary of the first recorded whisky.

When I advised someone I was going to write about whisky today, they advised me not to omit a warning of the dangers of drinking a bottle of the distilled grain before driving……  Especially if you’re a bus driver, or in charge of a horse and cart.

Although, saying that I’m pretty sure you can’t get charged for drink driving if you’re inebriated while your motion is controlled by the horse.

I think it only becomes a problem legally if the horse is drunk! But don’t put that as a test answer as the source (the book ‘Horse Brethalysing for Dummies’) is unreliable.

So next time you’re planning to journey home on Neddy after a skinful in the ‘Red Lion’ pub, it may be prudent to breathalyse the equine before setting off!

The consequences of the horse being caught over the limit, meaning incarceration in gaol with the horse being given the top bunk (with it’s inherent risks of crushing), aren’t worth it! 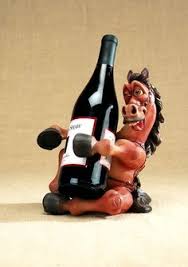 It just remains to be said, happy anniversary to John Cor and Scotch whisky for the positive impact you’ve had on many individuals lives over that 521 years.

Be that through your alleged ability to aid in weight loss, slow down the onset of dementia, increase heart health, eliminates blood clots, strengthen the immune system or just helping Hawick man, Bernard McMackerty, get his “husbandly rights” every Friday night.

“To Brother John Cor, by order of the King to make aqua vitae VIII bolls of malt”