This is my first blog for a few days as I’ve been away in the north east of England.

To clarify, it’s not the case you’re not allowed to write blogs in the area; so there’s no need to try send me up there permanently. I’m alluding to the fact I have been otherwise engaged, so I’ve not had the opportunity to pen a narrative.

I journeyed north on Sunday. I’d just taken my seat in the packed Leeds to Newcastle train when the guard’s voice greeted passengers with an important announcement.

In an emotionless voice, similar to that of tennis player Andy Murray, he informed us that there was only one working toilet, which he described as temperamental…… He also advised for customers to be careful not to trip up on the bag of tennis racquets outside the guards room.

I assumed by temperamental he meant it only flushed sporadically, not that it was a diva who took a hissy fit if low quality toilet roll was being used.

On my arrival, I stopped in an agreeable hostelry in south of Gateshead, over the road from one of the most iconic views in the north east. A picture of which of which is below.

View from my hotel – The ‘Umpire of The North’ signalling a ‘wide ball’, I believe!

My in-laws live 500 metres from the hotel I’m staying in. They are lovely, warm, engaging, positive, funny, intelligent and great hosts.

I’ll forever be in their debt for the bonds they’ve not just built with me, but their grandchildren. I’d go as far as saying they are such wonderful people it was nearly worth walking the 500 yards to their house to see them.

They are real family people who since their daughter’s diagnosis of incurable cancer, have been absolute tower of strength and support. In fact, I don’t know how Karen, the kids and I would have coped without their one visit to see her in over 5 years!

Anyway, enough of my bitterness and dirty laundry. I should be grateful as they inadvertently taught me a very useful life lesson. Through meeting them I now know the saying ‘respect your elders’ is an absolute crock of crap.

Through the blessing of marrying into their family, I’m now in possession of the knowledge that you respect people who deserve it, regardless of age. There are some loathsome, bitter and inherently ignorant older people. On the flip side, I’ve met many amiable younger people who are wiser and display far more humanity.

So it was with a heavy heart I wasn’t able to to visit them. Unfortunately, I had more a pressing engagements….. One of  them being to find a chuffing toilet that worked when the train pulled into Newcastle!!

On the Monday, I took in the 4th day of the England v Sri Lanka cricket test match in Chester-le-Street with a group of mates. It was a corporate day which included food, some drink, match tickets and meeting a local celebrity…… When I say local celebrity that isn’t strictly true. It was my wife’s dad.

Anyway, a good day was had by all, apart from the poor sod on table 6 who got stuck with Karen’s dad!! This was capped off when at around 4.30pm England were victorious.

Within the corporate lounge, I acquired this (below) in the ‘Silent Auction’ at the Test Match yesterday. I now have to try to sell my indulgent purchase to the Mrs when I see her. I suspect she won’t be as silent as the auction! 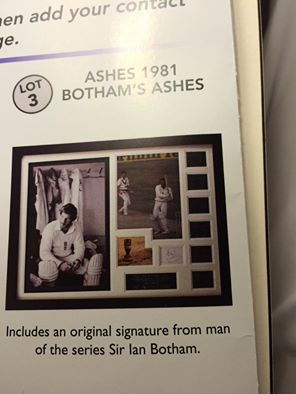 Has anyone got any better excuses than “I found it!”, “I swapped it for some magic beans!” or “Alcohol made me do it!!”

Finally, it was good to see an old friend when I was up there who was in fairly good spirits following a long fight with depression.

His GP has taken him off his medication and put him on a innovative new treatment to treat depressed people by encouraging sufferers to watch DVD’s of 1970’s comedians.

It was heartening to see its having positive results from this treatment. In fact you could say he is Tommy Cooperating really well!….. Right time to make a quick exit! 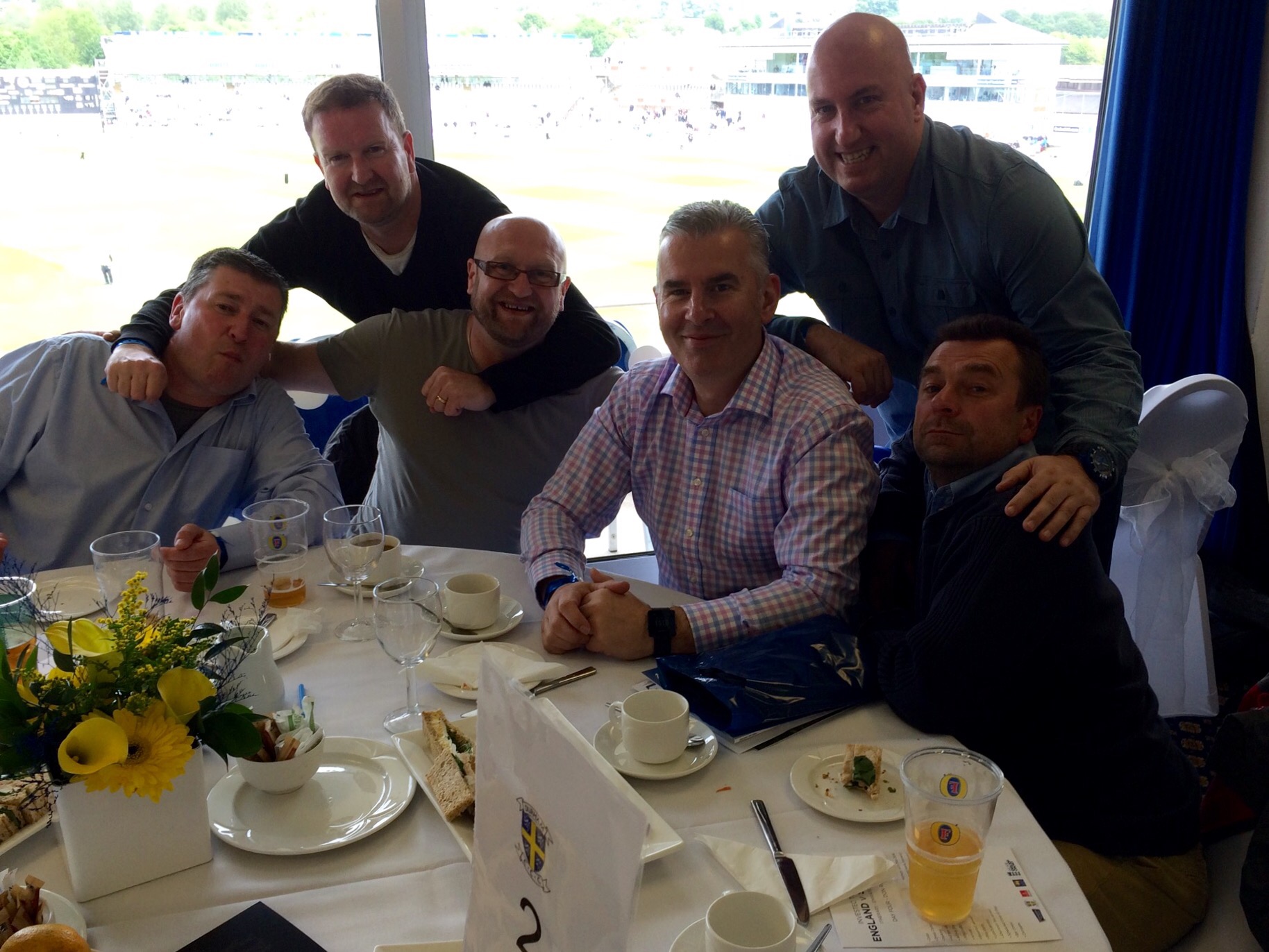