This time last year I was in the Aberdeenshire village from which my surname originated. Or at least it would have been if my name was Gary Lumphanan.

Seriously, though, this time last year I’d just spent a relaxing first night at the Feughside Inn, in the picturesque village of Strachan. 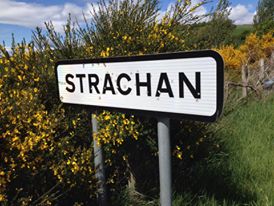 It was my first visit to the village of my forefathers and I felt an uncharacteristic excitement as I stood on terra firma where centuries ago my ancestors roamed.

On pulling back my hotel room curtains it was heartwarming to be greeted by sunshine, aesthetically pleasing views of rolling green hills with distant mountains, and the gentle meandering of the River Feugh.

A songbird greeted me with an uplifting lament to further raise my spirits. Well it did until 15 minutes of it chirping the same song started to grate on me…… After all, the are only so many times you can listen to ‘Agadoo’, regardless of how beautifully its been sung!

With its peace and quiet, no view of human life outside and the solitude of the location, I’d felt as though I’d woken into a Disney animation.

I am overly hirsute and self-indulgently utilise  an incomprehensible whistling language at times. However, you have my assurances I am human and I felt like the only one around as I looked out of the window of my Aberdeenshire hostalry.

The animation I’d appeared to have woken into was one of the Disney franchises older classics. The type where any moment there would be a knock on my door and a bunch of squirrels, swallows and deer would burst past me to merrily carry out room service.

To try goad my still weary eyes into action, I wandered into the bathroom to swill my face . After refreshing my eyes, I lifted my head from the sink to see a middle aged man looking back at me in the mirror. How the hell he’d got in there god only knows!

I told him to leave and I returned to the job of getting ready.

Whilst prepared to clean my teeth, I looked at the mirror again and with tongue firmly pressed in cheek, uttered the words “Mirror, mirror on the wall. Who is the fairest of us all?”

To my surprise the mirror responded with “Well there are loads fairer than you. You’ve got a face like a clumsy beekeeper!”….. Although, I probably imagined that!

After a hearty breakfast served by a very pleasant waitress and cleaned up by an equally amiable pair of wood pigeons, it was time to embark on my day out.

I’d planned to spend the day visiting the North Sea coastal castle at Stonehaven, followed by a journey to Aberdeen, 20 miles north, for lunch. So I climbed in my modest car (it never tells you of its many achievements), set up the Sat Nav to my onward address and started up the engine.

As I set off eastward towards my destination by the cold, grey and unforgiving North Sea, the clouds gathered. I looked up where the sunshine made its apologies before leaving for the day.

I arrived at Dunnottar Castle to the south of the harbour town of Stonehouse at 10.30am. I knew it was that time as I looked at my watch, which said 9.30am.

To clarify, I was wearing my old timepiece which was an hour behind at the time. This the result of a button malfunction which prohibited me from amending it when we swapped to British Summer Time.

Dunnottar Castle is a ruined coastal fortress, perched on a gigantic rocky outcrop almost detached from the mainland. It is the highlight of this coastal circuit which extends southwards from the harbour at Stonehaven.

I managed to get some spectacular photographs before the clouds, who been procrastinating for a while, finally decided to share their watery contents with the good people of Aberdeenshire. 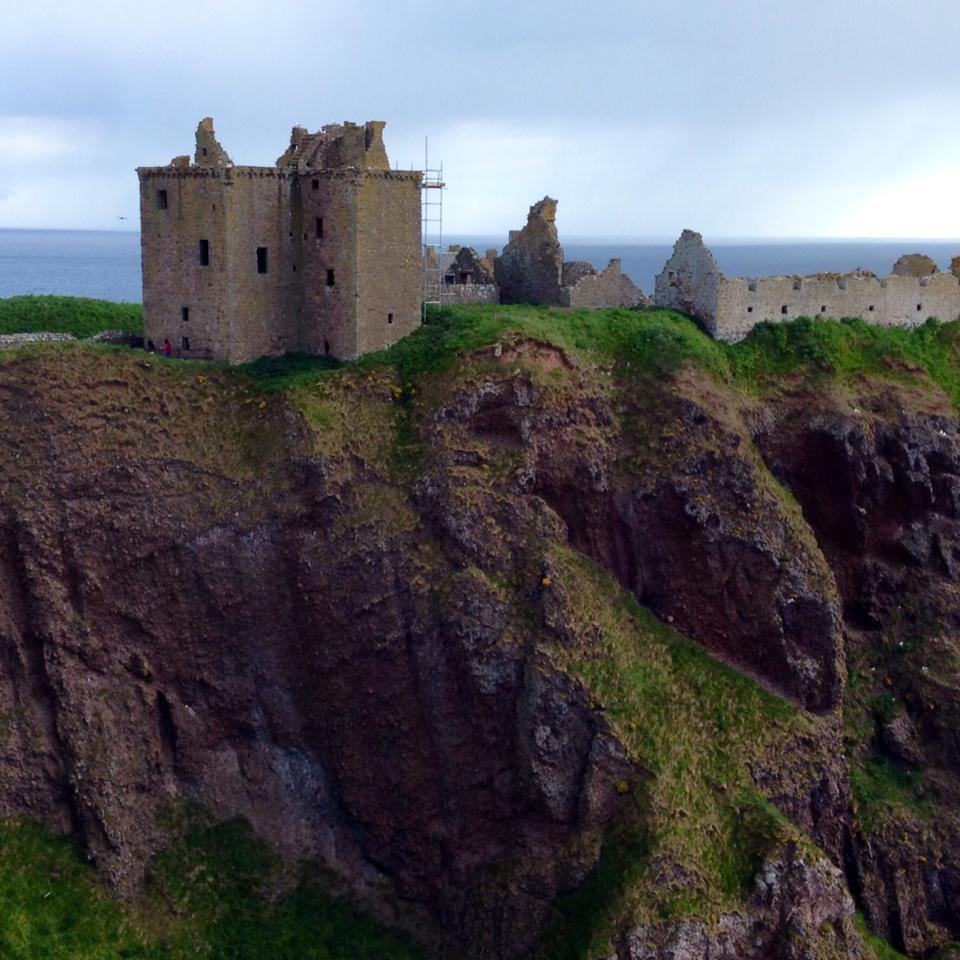 After the rain kicked in I headed up to Aberdeen for lunch and to view its famous granite buildings.

Unfortunately, the weather restricted my roaming of the ‘Granite City’ and I returned back to my hotel in Strachan in the mid afternoon wet, disappointed and wondering why Snow White & the Seven Dwarf’s were watching TV in my room!

I showered and changed into some dry clothing before joining my guests to watch some TV.

As I sat daydreaming, my mind drifted to wondering about how century’s ago my relatives would have spent their time on this very spot.

I couldn’t answer that for sure. However, I’m sure it wouldn’t have been sat in a hotel room watching Judge Rinder on TV with Dopey, Bashful, Doc, Grumpy, Sleepy, Sneezy and Happy!