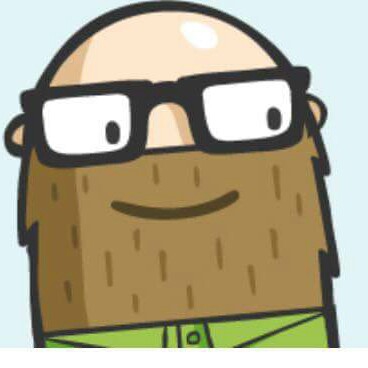 My brother Ian was 51 yesterday. He asked me to include this in the event you haven’t sent his card or present yet…… Yes, I mean you in Felling!!

The middle of the Strachan children is a good guy with great humanity and an unceasing generosity of spirit, who deserves good things in his life.

He leads a temperate life, however he can occasionally be tempted by a glass of wine, which he know doubt will partake in on his special day. So if you’re stuck what to buy him as a present, a decent quality white wine would be greatly appreciated by my younger sibling.

Actually, if your handing out gratis white wine, my sister Helen and me wouldn’t say no to a bottle of any palatable Sauvignon Blanc either…… If truth be told, we’d also probably accept an unpalatable one!

Our Ian also displays an admirable environmental conscience. In fact, by recycling his Sauvignon Blanc bottles he saves 345,000 kWh of energy, 314 tonnes of CO2, 1,200 tonnes of raw material and 1,000 tonnes of landfill a week.

Some say he may have a problem if he recycles that many bottles of wine a week. Too bloody right he has; he doesn’t drive, so carrying them all on the bus to the bottle bank is a chuffing logistical nightmare!

It has been commented on that it was me who drove Ian to drink, which is absolute nonsense. We got a taxi!….. I’m not irresponsible enough to go out for a drink with my brother and drive home afterwards!…… Fools! 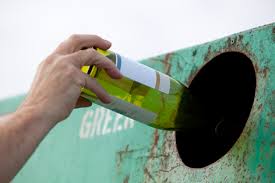 We have always been good mates; a bond borne as kids on the football, cricket and Subbuteo fields.

My sibling, who is 2 years my junior, and me were very close growing up. Saying that, though, we had no choice but be close as the house we lived in on Low Fell was chuffing tiny.

Seriously though, our bond is so strong I think of Ian as the younger brother I’ve always had!

Sadly, we haven’t seen a great deal of each other in adulthood. A mixture of living in different parts of England, commitments of his Greg Wallace tribute act and the fact he spends chuffing hours on the bus going to the bottle bank, mean our time together is of a premium.

It was heartening to hear from our mum that Ian’s tribute act of his doppelganger, Masterchef presenter, Greg Wallace is doing very well. I’ve not seen it, but I’m reliably informed his portrayal of the bald, bespectacled Londoner is realistic, pithy and believable.

The only negative comment I’ve heard about his act came from an elderly woman from Shiny Row who described the portrayal as “absolute bollocks!”

Apparently, out Ian’s act involves him sitting in restaurants telling chefs their food is crap in an abrupt cockney accent. Unfortunately, the act has its downside as, although he gets lots of free food, he is banned from every restaurant in the Tyne & Wear area!

All eateries that is, with the exception of Egon’s Café in Deckham. Ian is welcomed with open arms to this establishment. In fact, on the occasions the Food & Hygiene Standards Agency allow them to trade, he is their top customer.

His cast iron stomach and strong constitution mean he is the only patron never to have contracted E.coli or, bizarrely, rabies from Egon’s Two Michelin Tyre establishment.

Personally, I refuse to eat there. Call me picky but I’m always wary of eating in hostelries where you buy your toilet paper on the menu. It might earn the owner extra cash, but in my opinion it lacks professionalism.

Our Ian and Egon have become very close over the many years the café proprietor has endeavoured to poison him. So much so that Ian now supplies him with low cost toilet paper, while Egon allows him to use his van to shift the Sauvignon Blanc empties.

Right, I’m going to raise a glass for my one and only brother’s birthday yesterday. Happy Birthday bro!……. Enjoy your meal at Egon’s tonight!……. Make sure you keep away from the dog with the foaming mouth! 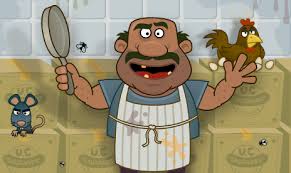