This morning, I’m being taunted mercilessly by a blank white page gazing at me from my poorly performing netbook.

My frustration of suffering writers block is exacerbated by the latency of my computer. Currently its live TV of responses are so slow that the ‘live national news’ being streamed to my screen is last Sunday’s.

The blank Word document stares at me smugly; goading me as it senses my doubly sourced frustration.

If this word processing application could speak, I imagine its words would be “Struggling for inspiration, Gazza? ….. It looks like you’re not going to be able to spoil my virginal white plumage with your words from the asylum today my friend!……… Oh and can you put some Stone Roses on Apple Music for me instead of this crap you’re listening to now!”

It would end this goading with continuous maniacal laughing, which I could only stop by closing the lid of my netbook.

Well, blank sheet of A4, you may have won this mornings battle. Nevertheless, you haven’t yet won the war, so wipe that smug semi-colon off your face! 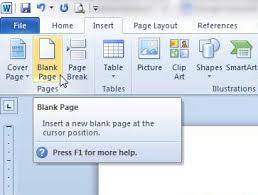 I suppose the fact I’m engaged in a conversation with a sheet of blank paper, backs up the anaemic former tree trunk pulps taunt of my current lack of inspiration.

Incidentally, I’m not inclined ordinarily to converse with inanimate objects. Unless you count my fridge Arnold, who has been my close confidante for years.

We have set very specific parameters for our relationship….. I give Arnold gossip and cheese, he reciprocates with beer, chilled Sauvignon Blanc and horse racing tips.

Going off at a tangent a moment I learned a valuable lesson this morning when wrapping one of Karen’s presents in preparation for her 50th birthday next week.

The incident I refer to gave me a new insight into the caution required when handling sticky tape. In particular those with strong adhesive qualities.

Instead of removing a strip of tape as required, I generally rip off 4-5 strips and attach them onto my chin to utilise later during the present wrapping process. Ordinarily, this approach works fine.

Unfortunately, I tried it this morning while sporting a beard, which in hindsight turned out to be an ill thought out strategy. I came to this conclusions when I came to remove the first piece of tape from my chin, when I inadvertently performed a partial beard ‘wax’ on my face!

The strong adhesive of the tape had bonded so strongly on my beard, when I pulled the it away sharply it not only took my breath away, it also painfully removed a segment of my beard.

As I stood there with a hairy piece of tape that resembled a caterpillar and a gap in my beard, I now had an important decision to make. Should I shave off the rest of the beard? Or ‘colour in’ the segment with the missing hair and hope no-one notices?

After a long deliberation and failure to get hold of a crayon that would match my beard colour, I made the decision to consign the rest of my facial hair to the barbers bin in the sky.

Right, I need to get off and finish wrapping Karen’s present. I hope she likes the novel hairy sticky tape used to secure her wrapping paper. Not to mention the additional 50th birthday present of the beard I’ve just removed!

Oh, I nearly forgot. Before I go, I just wanted to vain gloriously chant (in a football crowd style) at the formerly smug piece of blank paper. 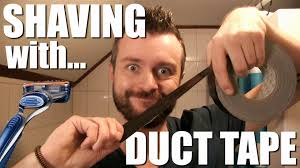