I took in Celtic entertainment at its finest yesterday evening. No Jedward aren’t touring again, I’m referring to the choreographed and musical mastery of the show Riverdance.

When I say took in Riverdance last night I mean I watched the theatrical show, not that I’d given hospitality to traditional Irish dancers and singers.

As much as I’d like to accommodate these performers I’m sceptical whether my modest three bedroom house in Leeds could provide adequate hostelry to scores of individuals…… I could maybe fit in two of the female dancers if pushed! 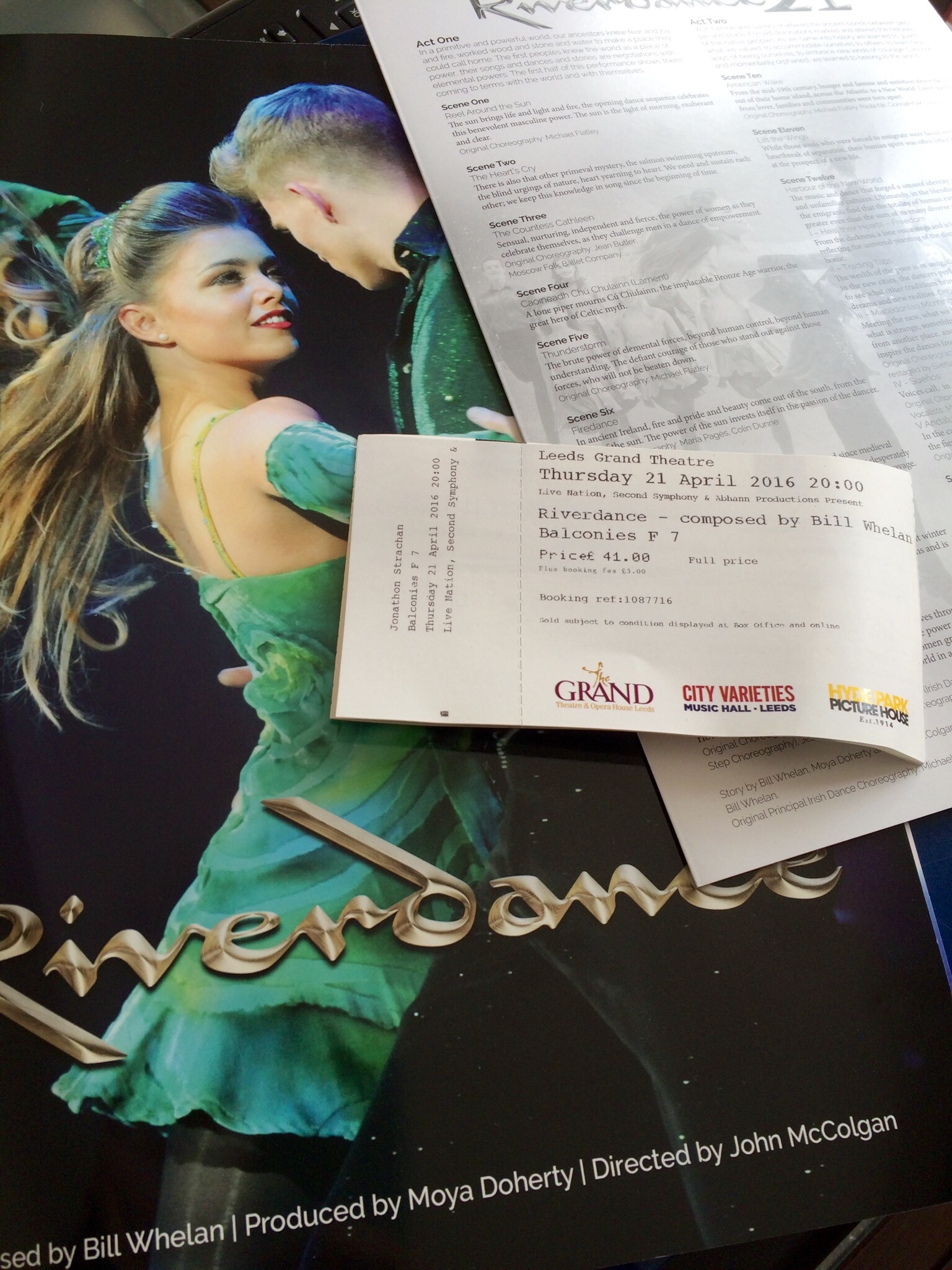 Synchronicity, symmetry, synergy, symbols and lots of other words prefixed with ‘syn’ were on display as dancers, singers, musicians royally entertained a packed Leeds Grand Theatre.

The show rose to popularity in 1994 when millions of people saw it on TV, thought “Bloody hell, those dancers from ‘the land of the little people’ can’t half find there way around the dance floor!” and a legend was born……  By legend I wasn’t referring to lead dancer Michael Flatley’s mullet, although that would still apply!

Husband and wife production team John McColgan and Moya Doherty developed the concept of Riverdance from this few minute slot during the interval of the Eurovision Song Contest. Aided and abetted by its highly talented dancers/musicians and Bill Whelan’s score it was soon to become a worldwide phenomenon.

Critics were instantly won over; with the inaugural show receiving plaudits such as:-

“Stunning! ….. What are we talking about again?!” – Woman in the Dress Circle.

“I was riveted throughout!” – A man who had been riveted to his seat during the show.

“It was nowt special. I could easily dance like that!” – A bloke talking shite in the Stalls.

“That Jean Butler doesn’t need her haircut, but could do with smiling more; the miserable bleeder!” – My mum (again).

“I wonder if that Bill Whelan is any relation to Liverpool footballer Ronnie Whelan?” – My dad.

“No I’m not. Now can you and your Mrs shut up and watch the show!……. Although she has a point about Flatley’s hair!” – Liverpool Footballer Ronnie Whelan

“It was alright, but Ireland needs more boy bands to serenade us with second rate cover versions. Get your arse in gear Louis Walsh!” – The Limerick Clarion

Obviously those critiques above are tongue in cheek. I’m a big admirer of not just Riverdance but Irish dancing in general. Be it the staccato tap routines or the more fleeting soft shoe gliding dance choreography.

Yesterday evening I wasn’t let down and I spent around 1 hour 45 minutes tapping along in my seat like a hyperactive child who’d just eaten a tonne of sherbet and drank 10 litres of coke.

I’m not sure why, but when I hear Bill Whelan’s infectious Celtic music my feet take on a life of their own. I marvel at the amazing speed and synchronicity of the choreography which again stirs my soul.

Could it be the Irish roots on both my paternal and maternal sides that manifests a subliminal response like this in me? I’ve no idea and have too much of an identity crisis as it is to dwell on that thought.

Apart from being deeply moved by the show, what else did I bring away from the evening? Well for a start, I was in awe of the skills of the cast who executed their individual crafts brilliantly.

The lead male dancer hasn’t Michael Flatley’s fame or money, but he can console himself with the fact my mum would probably approve more of his haircut than the male lead of the inaugural show.

It also occurred to me that if Ronnie Whelan had written the show’s score and Bill Whelan played for Liverpool FC in the 1980’s, perhaps Riverdance and Liverpool’s 80’s success might never have happened! 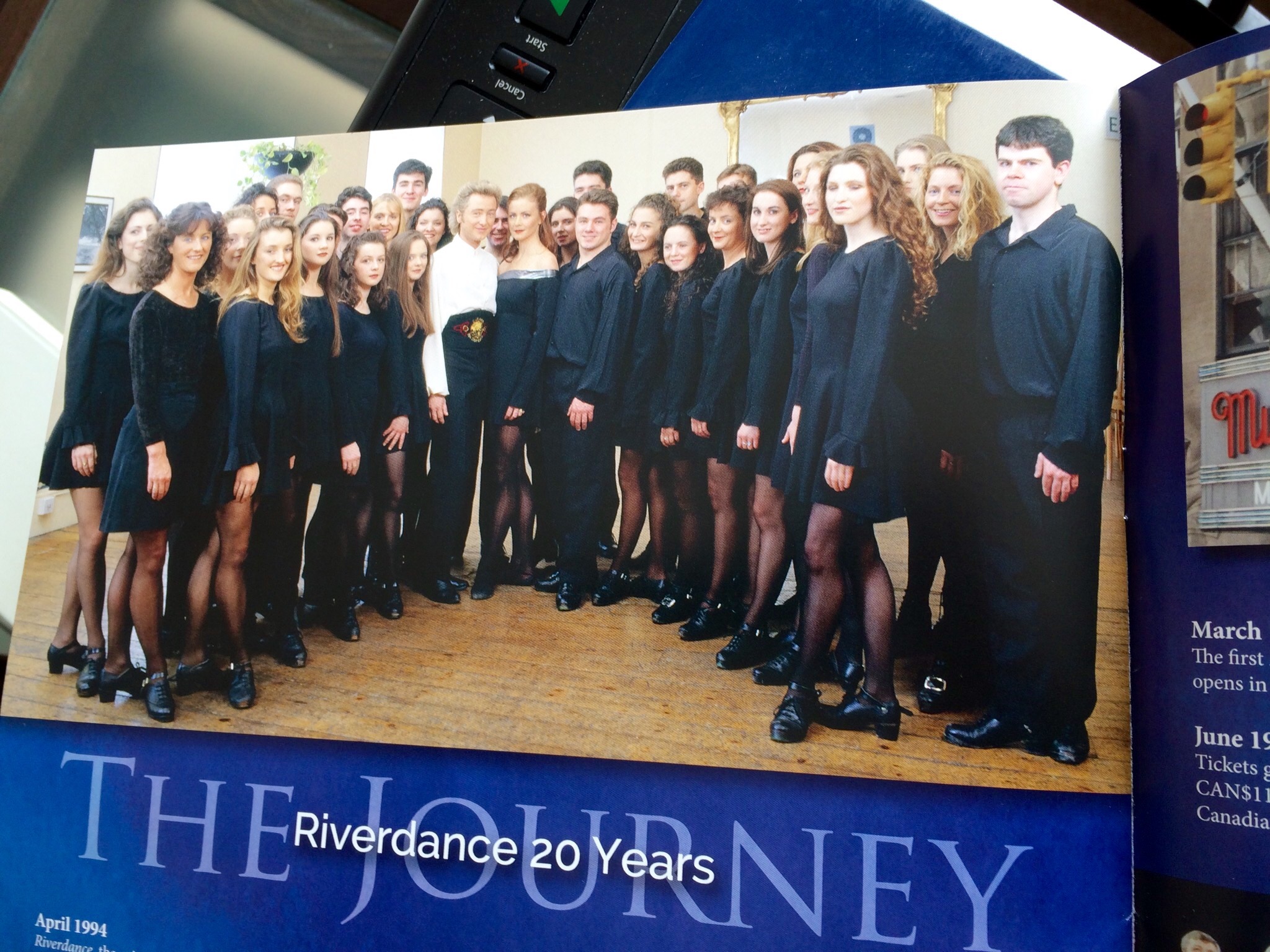