It’s St George’s Day today. A time for the English to have a ‘knees up’ around the globe in celebration of their patron saint.

I personally shall be celebrating my Englishness by writing a blog on a Japanese laptop, pruning Dutch spring flowers, finishing treating my fence with French stainer and cheering on a football team captained by an Ivorian and owned by an Italian.

This evening I will continue this patriotism by eating an Italian food, washed down by Australian beer or New Zealand wine.

I will do all this with a cry ‘God for Harry, England and St George’. 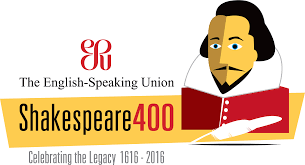 Coincidentally, William Shakespeare, the man who wrote the stirring battle cry in Henry V from which the line above appears, died 400 years ago today. This will trigger worldwide celebration of the work of a man deemed by many as the finest ever writer in the English language.

Until recently, I hadn’t realised how many of quotes from Shakespeare’s work were adopted in our everyday conversations. For example:-

“Break the ice.” – The Taming of the Shrew

“Neither a borrower or a lender be” – Hamlet

“Bated breath” – The Merchant of Venice

“Be all and end all” – Macbeth

I hope I don’t tempt fate by writing the name Macbeth, which is deemed in theatrical parlances as bad luck to utter. Instead they are encouraged to refer to it as ‘the Scottish play’.

I actually saw the Scottish play last year in Leeds. It was the Scotland rugby team against the USA at Elland Road during the 2015 Rugby World Cup. 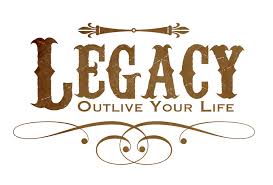 What will be the legacy of our creative writers to the children of future centuries? Could it be a Bruce Forsyth catchphrase perhaps? In the year 2416 will a female promise a night of passion with the words “It’ll be a big night tonight if you play your cards right!”

Or could the inhabitants of this planet 400 years hence be quoting the words of Eastern European meerkats used in advertisements to sell insurance in current times.

Will the same chuffing meerkats be still selling insurance products? After all, the company who uses this sales approach don’t seem in a rush to move on to a different idea. Despite the writers of the ads milking the originally good idea for the last 3 years!

Will there be males and females in four century’s time? Perhaps we will have evolved into hermaphrodites by then. Which if nothing else will mean if you tell someone to “Go f*** yourself” they will have the wherewithal to achieve the request literally!

My cynicism of our current writer’s legacy to future generations is of course tongue in cheek. I mischievously poked fun at Brucie’s writers, as well as the apparently unwillingness to change an advertisement strategy despite it no longer being funny.

There are of course reams of literature from our time that will I’m sure be utilised by people in the 25th century, whether they are hermaphrodites or not!

For example I envisage the saying ‘Catch 22’ being around then, which is adopted from Joseph Heller’s novel of the same name.

Likewise, I’m sure ‘chortle’ taken from Lewis Carroll’s Through The Looking Glass, and ‘honey trap’ from John Le Carre’s Tinker, Tailor, Soldier, Spy will have the longevity of use for many generations to come.

Saying that though ‘honey trap’, ie a ploy in which an attractive person, usually a woman, lures another, usually a man, into revealing information won’t be much use if people are hermaphrodites in 2416!

Right, I’ve got to close this now as I my garden fences to finish staining. Enjoy your St George’s Day!

Once more unto the breach dear friends, once more. 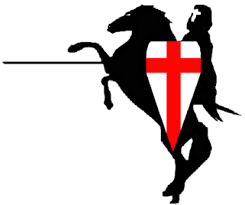