Yesterday, I bought my little canine buddy Coco a soft ball dog toy. On presenting her with this padded sphere yours truly was escorted back to my childhood home in Dorchester Gardens, Gateshead. Kicking this ball around for Cokes to chase evoking memories of indoor football games my brother Ian and I partook in with a similar size padded football.

To clarify, I didn’t kick the ball for our kid to retrieve in his mouth for me to repeat the caper, like a ….. well lab/retriever. Nor did he undertake this frolic with me to indulge in. It was recollections of heightened brio consequential of brotherly indoor footy games which navigated. my neurological corridors, as I partook this gambol with the adorable lab/retriever cross. 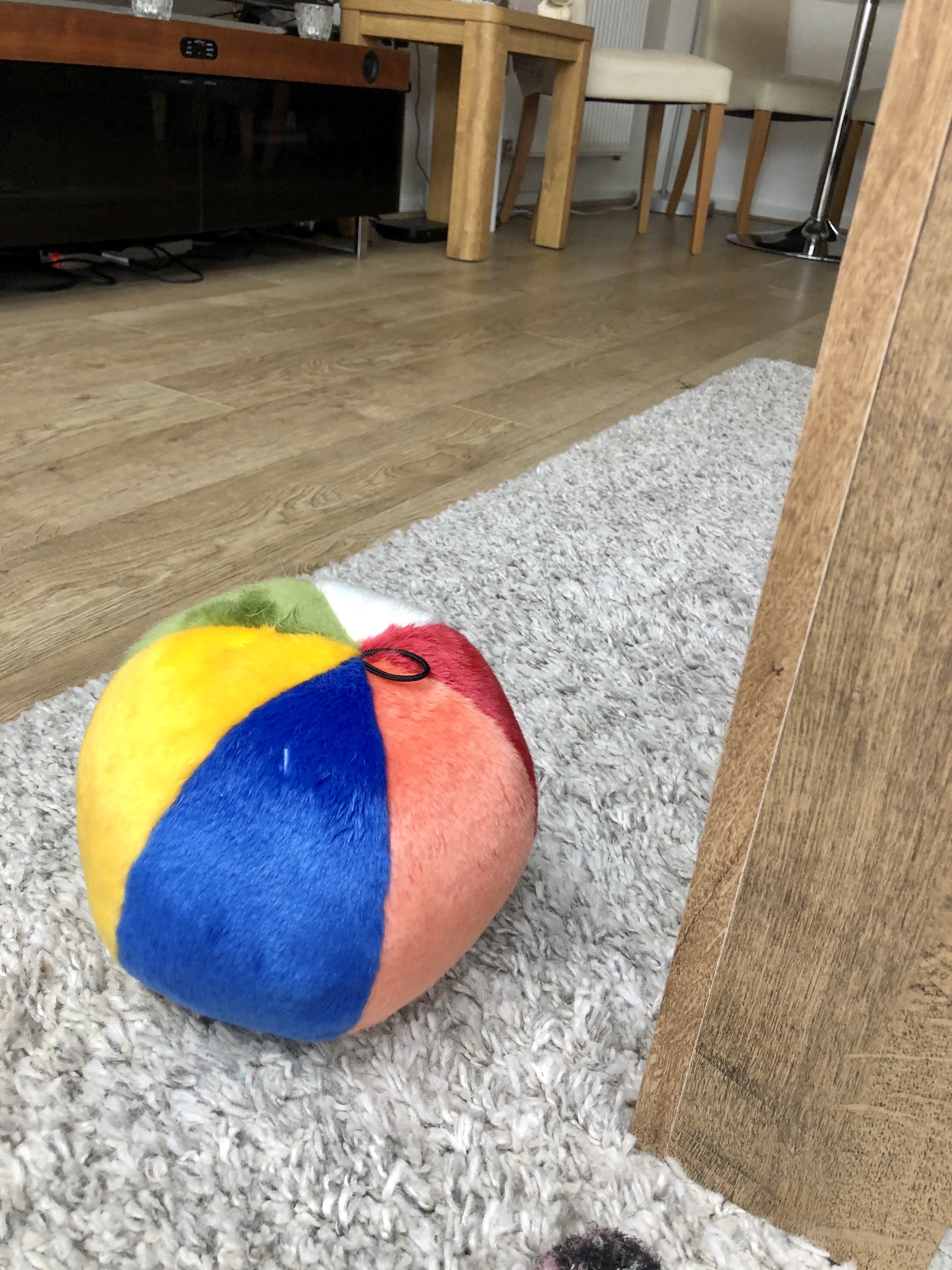 It has to be said, though, Coco and my footballing frolics carried significantly less jeopardy than Ian and my lounge football matches, competitively played out in 1970’s Dorchester Gardens. When our kid and me ‘took to the field’ in our family home there were more china ornaments to smash than reside upon the furniture at Cokes’ home.

Additionally, even if I’d have broken an ornament with a misplaced pass of the ball yesterday evening, I envisage my little canine buddies mum’d be less enraged than our mum (Maggie) was when Ian and me committed our crimes against room adornments. Our rap sheet being as long as her arm further raising the maternal wrath a notch or two.

In fact, so fearful where my sibling and GJ Strachan of mum’s reaction to our transgressions by sphere, we decided not to come clean on occasions when our over exuberance rendered the lounge an ornament down.

Instead of holding our hands up to these infractions, we’d employ the ridiculous tactic of turning the ornament around so mater couldn’t see the damage. Ian and my strategy not factoring in that on a frequent occasions during the week Mrs S dusted the aforementioned room adornments. Mum’s domestic task meaning we were only postponing a rollocking for a few days.

Despite, our kid and my protestations the lounge “Isn’t that dusty mum!” when witnessing her with duster in hand, we knew a verbal blast in Maggie’s West Yorkshire brogue was only a matter of minutes away.

Although a tremendously loving mum, if irked, the Leeds lass’ verbal broadsides consequential from incurring her chagrin were, on occasion, measurable on the Richter scale. As was common in those days, the odd slap was also dished out.

Maggie was the disciplinarian of Ian, sister Helen and my parents. Dad was a quiet, undemonstrative man who’d calmly reflect on the severity of our misdemeanours prior to brandishing punishment; which were very rare. A behavioural trait which my two siblings have inherited from the old man.

I’ve been lucky to receive many positive qualities from both parents, sadly mum’s impetuousness of decision making without due reflection is one of the less helpful traits I was bequeathed.

Anyhow, it’s time I brought this chronicle to a conclusion. I’ve got a game of indoor footy with Cokes to kick off.