Thursday 24th May – Nesting within the ivy, Russian vine and clematis climbing my back garden fence are a family of blackbirds.

As I’ve not seen a penny in rent for their residence on my land, I’m assuming my avian tenants have claimed squatters rights……. The cheeky gets! I’m assured by my wife Karen that our feathered lodgers are blackbirds – A claim she reinforces using the rationale “They’re black and they’re birds.”

I’m no ornithologist so I acquiesce to her superior wildlife knowledge, which she muses considerably usurps mine since she bumped into that blonde lass from Countryfile in M&S on Briggate.

Now I know how our avian counterparts are named, today I can relay with some surety my garden has been visited by blackbirds, black & white birds, grey with white collar birds and little grey and blue breasted birds……. Until this morning I’d no idea how unchallenging this ornithology malarkey was.

I’d not go as far as claiming to be an authority on the behaviour of our diminutive feathered chums, but already I’m confident I possess enough avian knowledge to pass a City & Guilds in Ornithological Naming Conventions.

Within the next two years I have aspirations of joining TV presenter/conservationist Michaela Strachan (no relation) on the sofa for a broadcast of Springwatch…… Not presenting it, moreover watching at home in our Terry Nutkins onesies, while troughing a pizza and quaffing a glass of chilled pinot grigio.

I believe my brother Ian knows a great deal about ornithology. Although with basing that assumption on never hearing our kid say “I know absolutely sod all about ornithology!” I’d take his advocacies relating to our feathered friends with caution.

After all, I’ve also never heard him say “I’ve never starred in a Spaghetti Western with Clint Eastwood.” but I’m fairly sure his existential voyage is bereft of an appearance in a 1960’s western directed by Sergio Leone.

If you really want confirmation if my younger sibling is a font of all avian knowledge, or indeed has starred on celluloid with ‘A man with no name’, let me know and I’ll can see what I can do.

Although never a big fan of mainstream western movies as a child, I enjoyed watching the more al dente Spaghetti versions. Even to the extent where I remained unfazed when the aesthetically displeasing Lee Van Cleef hit the screen in The Good, The Bad & The Ugly.

Unlike some of my peers, I didn’t hide behind the settee when he appeared – That being said, though, our settee did feel moved to hide behind my dad, brother and me when Van Cleef’s image flickered on our monochrome TV set.

Anyhow, the blackbirds seem to be tenaciously grafting in my garden as I write. The father is currently making repeated journeys to and from their rent free accommodation with worms pecked from my lawn…… Flipping parasites!!

I’m assuming it’s the father, although if truth be told it could just as easily be the mother bird seeking food for her fledglings. At this point, I’m using artistic licence as I’ve absolutely no intention of marching over to the nest to check my feathered tenants genitalia.

As I bring this narrative to a conclusion, my wife Karen is heading towards me with a scrap of paper ……. Flaming heck, the blackbirds have only provided her with a snagging list of faults with their nest! 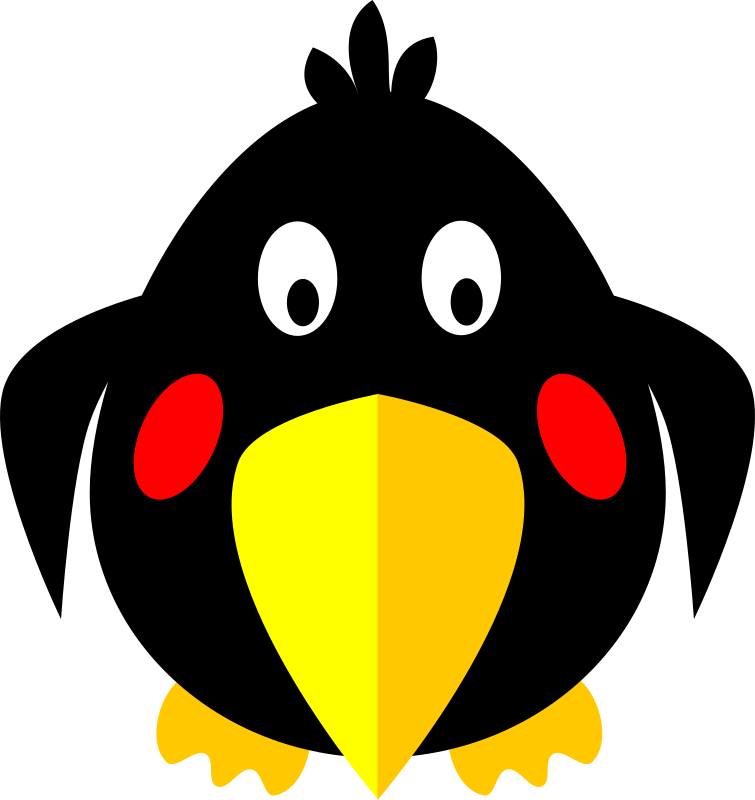