Consequently, at around 5pm thanks to assistance from lawnmower, grass clippers, a hoe and my family’s horticultural secret (passed down through generations), the aesthetics of mater’s garden were chromatic and well-groomed.

As I’m bound by a non-disclosure agreement, I’m unable to divulge the nature of the clan’s horticultural enigma to a beautiful garden. I’ll give you a clue though, it doesn’t involved getting TV gardener Percy Thrower to do it for you. The simple reasons varying from the fact I do my own gardening to, in 1988 Percy Thrower sadly passed to the great rockery in the sky.

Thrower a man I watched many times on TV during my fledgling years. I’m unable to recall the exact name of his show on the BBC in the 1970’s, but I’d guess at something like ‘Percy Thrower’s Garden’, ‘Percy Does Petunias, or even ‘Perennial Plants With Percy’. It could possibly, but less likely, have been ‘Thrower’s Growers’, ‘Thrower The Leaf Blower’, or ‘Old Man In A Compost Heap’.

Anyhow, I recall the affable Buckinghamshire born horticulturist becoming my second favourite ever Percy on telly.

The accolade of best ever Percy to grace the goggle box going to Percy Edwards, an entertainer whose random whistling produced forensically accurate birdsong. Not to mention his astonishing versatility which blessed him with a capacity to also emit mammal cries – A notable example of the latter being his production of killer whales sounds in the 1977 movie Orca. 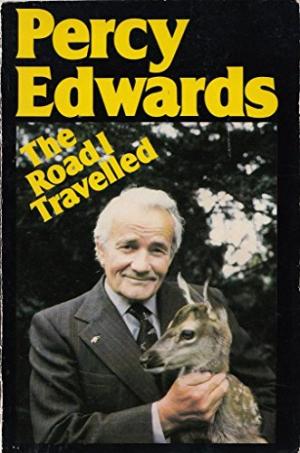 As a reasonably accomplished whistler myself, I admired this man for turning the sound of melodic avian tooting into an art form. As a kid, I wanted to be Leeds United footballer Allan Clarke, or Percy Edwards. On greedy days my aspirations were to develop into an international striker who could imitate chaffinches…… Greedy I know, but you’ve gotta aim big with your dreams.

Despite youthful footballing promise, I never got close to being a professional footballer. Additionally, I never reached Percy Edwards’ plateau of possessing the whistling skillset to secure a living from the idiosyncratic art form.

Unperturbed, I evolved my career aspiration plan from being a chaffinch impersonator to instead develop skills to converse with avians through the conduit of tooting.

My aim was to become a latter day Doctor Dolittle – Possessing an ability to understand the ordinarily incomprehensible……..  Incidentally, I’m alluding to birds and animals above, not a desire to acquire the wherewithal to decipher my father-in-law’s frontier gibberish dialect.

Alas, it wasn’t a path that would earn me an honest bob, as despite the birds responded vociferously to my toots, I didn’t have a clue what they were saying back to me. An irreconcilable flaw in my strategy that would see my audition for Britain’s Got Talent end at the first hurdle.

Right, I need to bring this narrative to a conclusion. I’m off to point Percy at the porcelain.