Thursday 3rd April – Yesterday I attended a red carpet event at the Everyman theatre in our grand West Yorkshire metropolis. The world premiere of Leeds United Stories Vol 1 enticing me city centre in situ – A welcome change from the alternative option of polishing my sofa with my ever burgeoning posterior.

Joining an audience of former Leeds United icons, West Yorkshire dignitaries, press and supporters of #LUFC we were regressed to happier times, in particular the club’s 1990s vintage.

The viewing fare a synergy of short documentaries on the topics such as the conception and birth of the Leeds’ Thorp Arch Academy, coach Paul Hart’s successful youth teams, the spectacular goal scoring prowess of Tony Yeboah, in addition to the dramatic 1992 European Cup fixture against VfB Stuttgart. 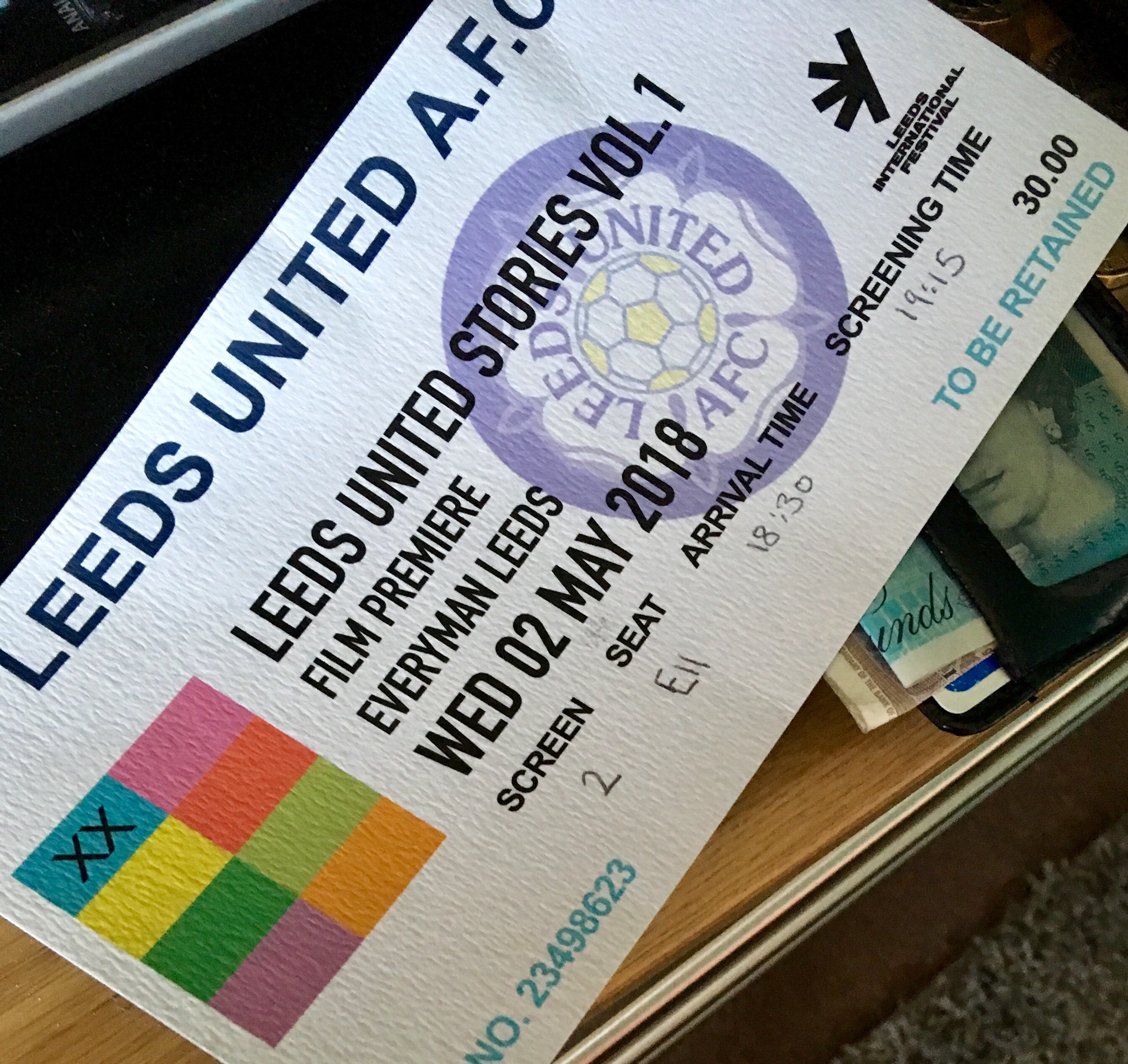 The celluloid odyssey down memory lane concluded with a documentary tribute to legendary defender Lucas Radebe. The metaphorical doorman who during that era refused opponents entry into the Leeds United penalty box on the orders of gaffers Wilkinson, Graham and O’Leary……. Alan Shearer one of only a few strikers at the time who’d oft outfox the Sowetan enforcer.

The South African centre back famously bears a bullet wound from an incident during his fledgling years in Soweto. Thankfully, this bullet was dealt with by Radebe akin in the manner he dealt with numerous top level footballing opponents – With courage. His stoicism remaining strong, with steely determination undiminished.

I thought of Lucas’ resilience and resolve during a recent viewing of Mel Brookes’ comedy Blazing Saddles. The scene manifesting the epiphany involved a monster of a cowhand called Mongo. An irascible man who we learned in the narrative shouldn’t be shot at as it would only make him angry.

Although possessing significantly superior ambassadorial skills than the brutish cowhand, the former Leeds and South African captain did exhibit similar bravery under attack as Mongo.

Whether gracing footballing amphitheatres around the world or representing himself in a more official diplomatic capacity, Radebe was/remains a class act.

Voted by fellow countrymen as the second most popular South African ever, his popularity was only usurped by former president Nelson Mandela. During a visit to Leeds in 2001, Mandela labelled the centre back as his own particular hero.

In an emotive segment at the film’s conclusion, lumps collectively gathered in audience throats as Lucas spoke of his genuine passion for Leeds United. Also speaking glowingly of the city, it’s people, Yorkshire puddings and Tetley’s Bitter. An amour that led to him ignoring more lucrative offers from other big clubs. A refreshing loyalty not oft witnessed in today’s Premiership.

As with the 1970’s vintage, I remember the Leeds United of the 1990’s with much fondness. As a football mad boy watching Don Revie’s charges, I’d often dream that one day G Strachan would lead Leeds United to the 1st Division championship. Something that came to pass in spring 1992. The fact the Strachan in question was Gordon not Gary mattered not one jot to me the April day Leeds were crowned champions.

The 90’s brought elation at Yeboah’s strikes, the majesty of the midfield four from 1990 – 1993 (Strachan, McAllister, Batty & Speed), and sitting in the Lowfields Stand witnessing Batty’s first home goal against Man City (1992). Not to mention manager Howard Wilkinson quirkily describing a particular problematic situation as “Like pushing custard uphill with a broom”.

Who can forget the whimsical Carlton Palmer chant, 31,000 fans attending a Youth Cup Final victory, the glorious arrival of O’Leary’s lads, or the enthusiasm of Bill Fotherby who tenaciously sought to secure Wilkinson the raw materials to achieve his 10 year footballing blue print.

A few of the club’s rumoured transfer targets such as Maradona, Rueben Sosa and Duncan Ferguson turned out to be fanciful. But Fotherby, who widely featured in the movie, was an infectious character with an obvious love for #LUFC. His contribution an integral part of the overall joy of being a Leeds fan during that era.

Anyhow, a thoroughly enjoyable evening was had by all in a packed Everyman cinema…… Well my buddy Mike and I thought it was good, anyway!

We left at around 9pm with happy memories rekindled, a nostalgic tear nestling in the corner of my eye and mightily relieved that the movie didn’t turn out to be the 2017/2018 end of season review.

On returning home, I asked my non-football fan wife of her Leeds United memories from back then. After a brief pause she responded “The bloody huge phone bills you’d rack up from ringing the Leeds United Clubcall line every chuffing day!!”…… Ah, happy days!