This morning the Facebook ‘On This Day’ app reminded me that two years ago today I received a ticket for The Marriage of Figaro…….. The unexpected jogging of my memory bringing to mind my elation upon receipt of this item of post. After all you can’t beat a good wedding, can you?

I’d chosen to attend this Mozart written opera production after savouring my first experience of the music genre in 2014. A night I counted myself among the audience of La Boheme at the Leeds Grand Theatre. An evening where I’d sought to broaden my horizons, along with diminishing the old bucket list, which I was using as I couldn’t find the new bucket list!

There are a lot of myths surrounding opera. Some deem it the last bastion of anyone named Tarquin. Although from my experience, that was nonsense as there were several people with other names like Rupert, Assigna, Crysanth and Gerbera…….. Actually, I might be mistaking that for the hardy shrubs at the garden centre I visited earlier in the day – Strike that.

To be serious though, I encountered no snobbery as I absorbed the stirring performance of La Boheme. Some of the audience complained about the ‘rear stalls’ being renamed the ‘opera without soap seats’ for the night. Personally, though, I think they were being overly sensitive. 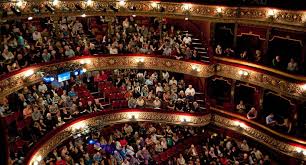 It has to be said that I found this inaugural cultural venture cathartic and spiritually thought provoking. Despite speaking no Italian, I surprised myself at how well I followed the plot.

For those who are unfamiliar with the plot, La Boheme is the everyday tale of boy meets girl; boy and girl fall in love; boy forgets lotto scratch card from Sainsburys; girl goes ballistic; boy goes to pub in a huff; girl contracts Consumption; boy has no idea what Consumption is……. Errr, to be honest I lost track a bit after that! 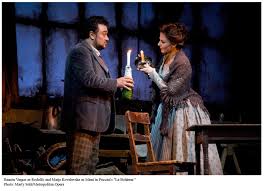 As I said above, I didn’t know a great deal about opera prior to La Boheme, apart from knowing that it wasn’t all over until the fat lady sings. That initially confused me as the portly woman adjacent to me in the audience hummed and sang along with the arias throughout the performance. As a consequence, I misguidedly thought the plot was about to conclude at several stages of the production.

I learned several useful life lessons during my inaugural journey into the realms of high end culture. For instance, I now know the audience dressing in fancy dress while standing conducting with a knitting needle is evidently frowned upon…… I personally don’t see the harm in trying to keep the orchestra in time dressed as Scooby Doo. Lesson learned, though, Opera North.

“And tonight the orchestra won’t be conducted by ….” 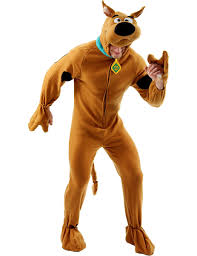 A couple of months after watching La Boheme I found myself in the audience of another opera (La Traviata) at the Leeds Grand Theatre.

To be honest, I hadn’t intended on attending Verdi’s opera. However after taking a wrong turn outside of Primark on the Headrow, I found myself in the theatre’s ‘oink seat’ next to a rotund lady. Ill-at-ease as I was ticketless, I remained seated quietly throughout the production, heavily distracted by the lady inexplicably humming refrains from the musical Fiddler on the Roof.

For those who are unfamiliar with the plot, La Traviata is the everyday tale of boy meets girl; boy and girl fall in love; boy forgets lotto scratch card from Sainsburys; girl goes ballistic; boy goes to pub in a huff; girl contracts Consumption; boy has no idea what Consumption is!……. Errr, to be honest I lost track a bit after that, as well!

When I finally got to see The Marriage of Figaro two years ago it all went swimmingly. There wasn’t a dry eye in the house as the vows were exchanged…… I knew it would be a mistake the ceremony being undertaken by a Spanish onion peeler.

It was a joyous Iberian celebration, where during the Iberian traditional of eating the confetti, someone dressed as ScoobyDoo experienced the elation of catching the bridal posy.