Today marks the 150th Birthday of the shipping forecast on BBC radio. The broadcast, introduced in 1867, a consequence of sea-farers concluding it’s predecessor of harbour-masters exclaiming “I bet it’s chuffing choppy out there today, marra!”, was no longer fit for purpose as an aid to safe shipping navigation.

In the days when it was frowned upon to calm boisterous children with Bailey’s infused bedtime milk, my parents occasionally utilised this daily broadcast as a strategy aimed at inducing pre-slumber serenity in their young offspring.

Ordinarily, this was undertaken during the infrequent evenings of a fraught atmosphere in the Strachan home. A solution to parental malcontent consequential from my brother Ian smashing one of the family’s log-suffering ornaments with a football; or me antagonising the brood with raucous crowd noises and commentary during Subbuteo games, when they were attempting to watch TV.

Unaware at that age that the soothing maritime weather warnings were being used as a psychological calming strategy, I was often baffled why my parents sought this well-meaning shipping advice.

My dad wasn’t a man of the sea, and as I recall the only water we sailed during our childhood was the pond at Gateshead’s Saltwell Park, Leeds’ Roundhay Park lake, along with the Mere in Scarborough…… To my knowledge, none of those three water expanses were ever included in the shipping forecast. 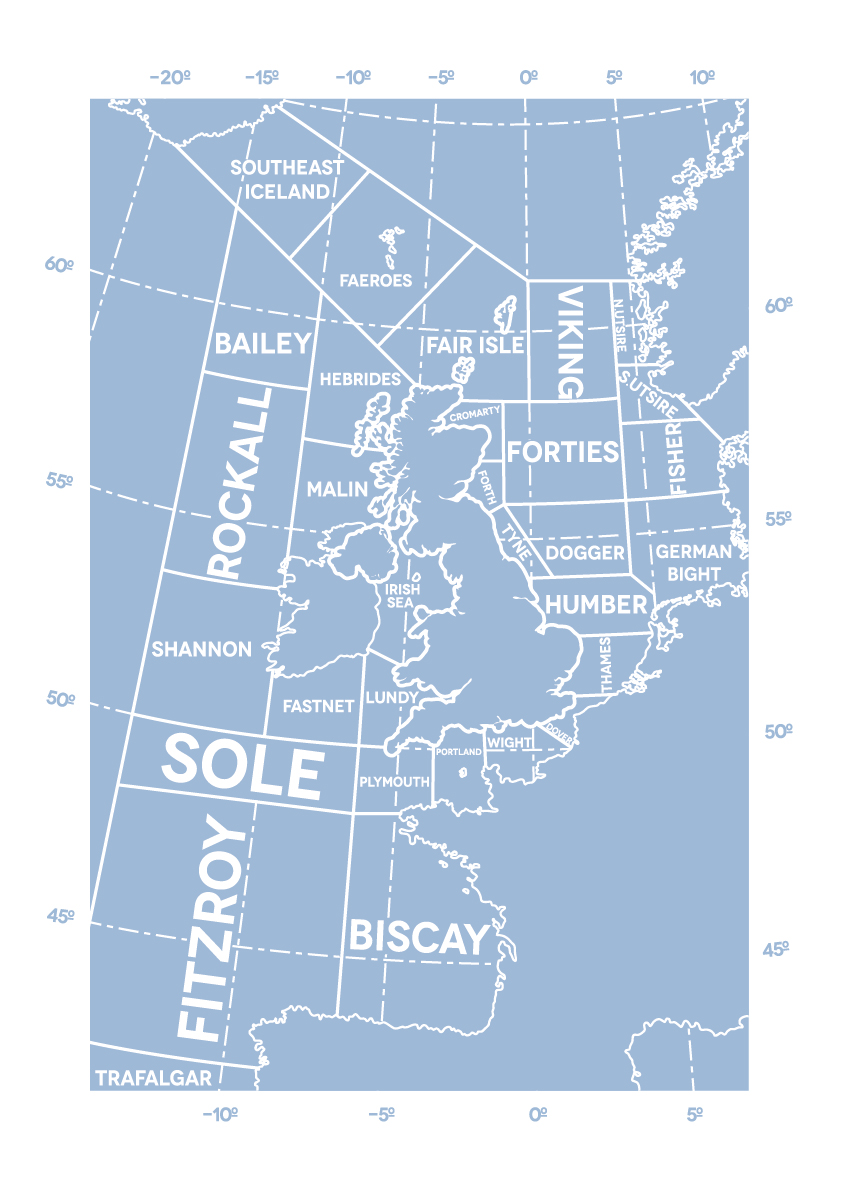 Delivered in a ‘BBC English’ dialect, details of the upcoming sea conditions for Fisher, Dogger Bank, Cromaty, Malin, Rockall et al were of little interest for this young lad. Their locations were alien to me and, from what I was hearing about their lousy weather, the BBC weren’t selling them as future holiday destinations.

At that time in the 1970’s I didn’t have time to learn the locale of Fitzroy, German Bight and Viking, there was too much football and cricket trivia to learn. My priority back then was learning the Leeds United’s 1972 FA Cup winning team.

Despite this disinterest in seeking out sea areas around the British Isles, I can’t deny listening to this maritime forecast was a calming experience, especially during the candle-lit evenings of power cuts during the 1970’s miner’s strikes.

The relaxing nature of the broadcast led to me, as an adult, once utilising it as a tongue in cheek accompanying audio on a ‘date-night’.

It was quite an evening, where I sought to woo my missus with the serene sounds of a trawler-man being advised to give German Bight a wide berth (as there are 80mph winds in the area), while we dined by candlelight on sea bass and quaffing an palatable cabernet sauvignon.

With my spouse refusing to comment on my unorthodox approach at creating serenity that evening, I’m unaware as to how she found the ambience provided by the nautical weather warnings. Although, as I’ve slept in the spare room since that fateful night, I suspect it was possibly a misguided move on my part.

To close, I’d like to clarify that Dogger Bank is a sea area and not a financial institution patronised by exhibitionist couple……. I’m keen to avoid any confusion on the reader’s part.