This week I commenced re-writing a tome I originally penned in spring 2010. Having read the opening chapter for the first time in years, it was clear if this work was ever going to get past the dust gathering stage these 360+ pages would have to be extensively re-vamped.

Despite containing light-hearted, moving and poignant ideas, it was apparent to me the delivery of these fictional tales of the Birtdale Emotional Support Team (BEST) was in need of a tidy up.

The need for the makeover not a consequence of the content aging badly over those seven years. There are epiphanies within the 160,000+ words that will definitely survive, they’ll just hopefully be easier on the eye on the edits completion.

BEST are a group of volunteers who provide an emotional crutch, via telephone, for those in need of support. A sort of poorer resourced Samaritans, who undertake their roles in poorly maintained premises; taking calls from those who’d seen better days on equipment that had also seen better days. 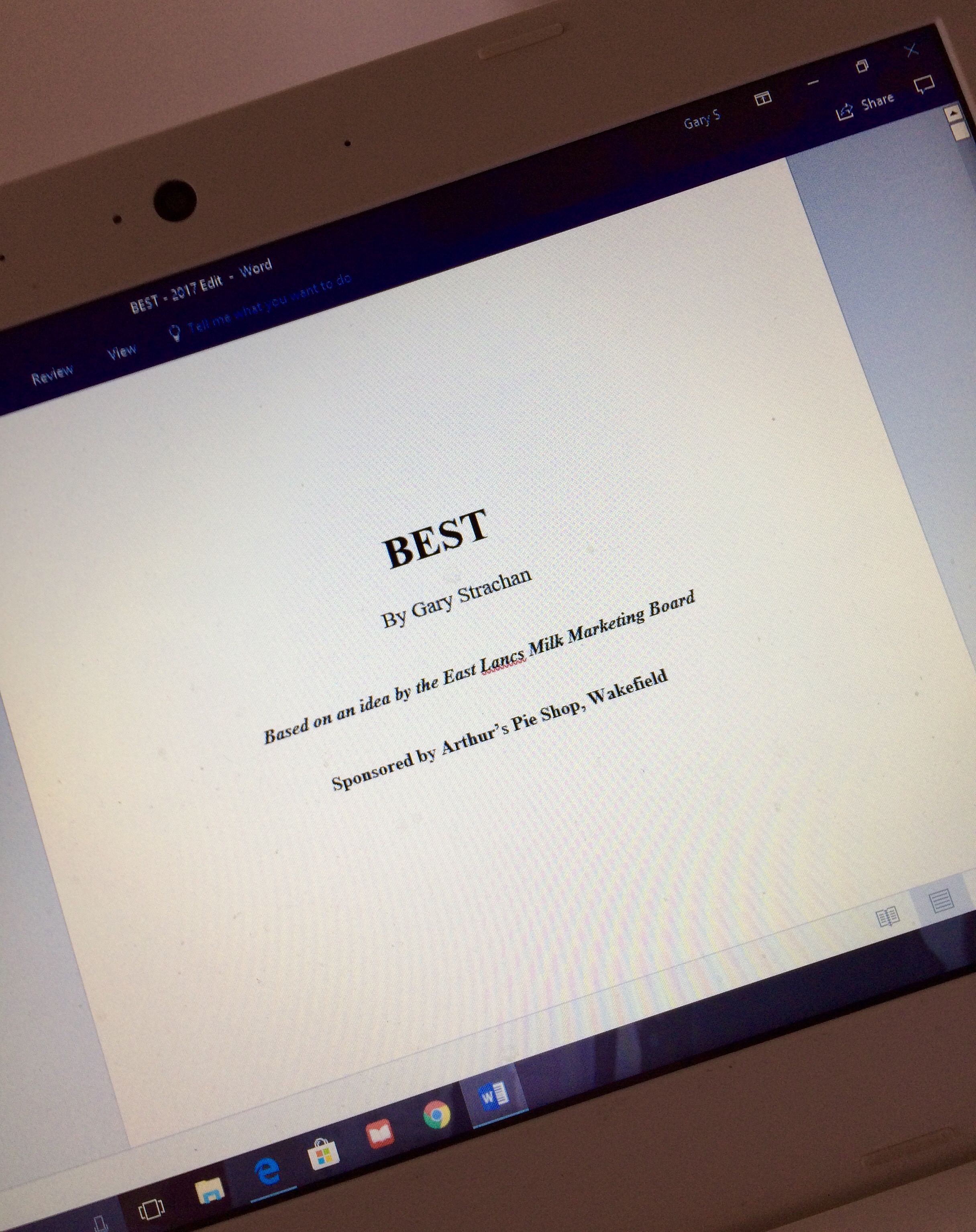 When I started writing BEST in March 2010 (which was concluded in June 2010), I loved the storyline scope given by the subject matter. It allowed not just for deeply dark tales, but also more humorous content from half-witted callers with ‘non-problems’, eg an elderly man ringing to ask a BEST member if he knew where his black socks were.

One of the darker stories that threads through the twelve chapters of the original draft is a plot line around a BEST volunteer’s wife being diagnosed with metastatic breast cancer. In a scenario where fact mirrored fiction, six months later my family were coincidentally living the exact scenes I’d written before the fact.

With only 16 of the 360+ pages being updated so far, re-editing the draft will be a time-consuming project. Particularly as I still plan to pen a daily blog, and carry out the other tasks I ordinarily undertake……. For instance, there’s no way I’m prepared to forgo my daily gummy bear shop, not even for my art.

Seriously, though, I hope I can maintain the discipline to complete this re-working, getting these 160,000+ words into a finished product that may one day do more than take up space on my computer hard drive and numerous external drives.

To pad this narrative out past the 500 word minimum I set myself, I enclose a snippet of life as a volunteer for the Birtdale Emotional Support Team (BEST):-

“Do you nae where wor socks are, son?” asked the elderly sounding man’s voice on the other side of the phone. Without prompting, the caller with a north-east of England dialect  then introduced himself as Terry.

“Which pair, your red ones or the blue ones?” call receiver Joe Keeley mischievously responded.

Joe, (as he was known by people who called him Joe) had become unwittingly involved in this unwelcome call as a voluntary member of the Birtdale Emotional Support Team (BEST).

He followed up his sarcasm by pressing the mute button on his phone, giving the opportunity to sigh in despair at yet another hoax call.

Fortysomething Joe had been a Bestie (as members of BEST were known) for five years and he could normally handle calls of this nature with ease. Lately, though, they were starting to test his patience.

“Are you taking the piss son?” countered Terry, who was far from happy at the response he had just received from someone he’d called with a view for assistance.

Joe, beginning to realise his response was unprofessional, changed his demeanour to how he’d been trained to take calls of this nature, by empathetically enquiring “Have you looked in your linen basket?”

After a brief pause Terry replied “Which one son? Wor lass has one for whites and one for coloured laundry.”

Joe, sitting at his dimly lit desk, donning a battered old headset and a despairing visage, shook his head in dismay. Then questioning further “Well what colour are the missing socks?”

“Black.” responded the caller in his dotage.

“Well I suggest you look in the coloured linen basket. “ Joe advised Terence (as people who didn’t call him Terry knew him).

“Well it’s not white, is it?” Joe responded tersely, his professionalism again being severely tested by this caller………………….