I commence this narrative sitting at the patio table in my sanctuaire de jardin. Scanning the cornucopia of colour exhibited in the garden borders, it has occurred to me that I’m unable to recollect the names of a few plants that bring much solace.

It can’t be compared to the ignorance of a uninquisitive lothario who doesn’t furnish himself with the moniker of the suitor providing his ‘enjoyment’. However I concede, after all the hard work, more of an effort should be made to become acquainted with each of their names…….. Incidentally, that’s me not the lothario.

On occasion I use prompts to remind me of my garden’s flora and fauna handles. For example, I recall the name of the hydrangea bushes as on sight of their enchanting flowers I think of the Lone Ranger. The prompt in this case being their rhyming suffixes.

I recollect the moniker of the three Japanese anemone, stood sentry-like in our herbaceous borders, through a prompt that anemone sounds a bit like enema. For the obvious reasons, if you decide to mimic this particular memory jogger you need to proceed with caution……. For instance, I wouldn’t advocate informing an assistant at your local garden centre that “I’m looking for a Japanese enema.”

I’ve been to many of West Yorkshire’s garden centres and plant nurseries over the previous two decades. Without exception, I’ve never encountered one of these establishments offering the service of a Japanese lady cleaning out your lower bowel.

In fact, it isn’t only Japanese enemas absent from ‘Franks Flora & Fauna’; my understanding is that a bowel cleansing by staff of any country’s origin is conspicuous by it’s absence. You’d have to go to ‘Susie’s Sunbed & Sauna’ for that service……. Or so I’m told. 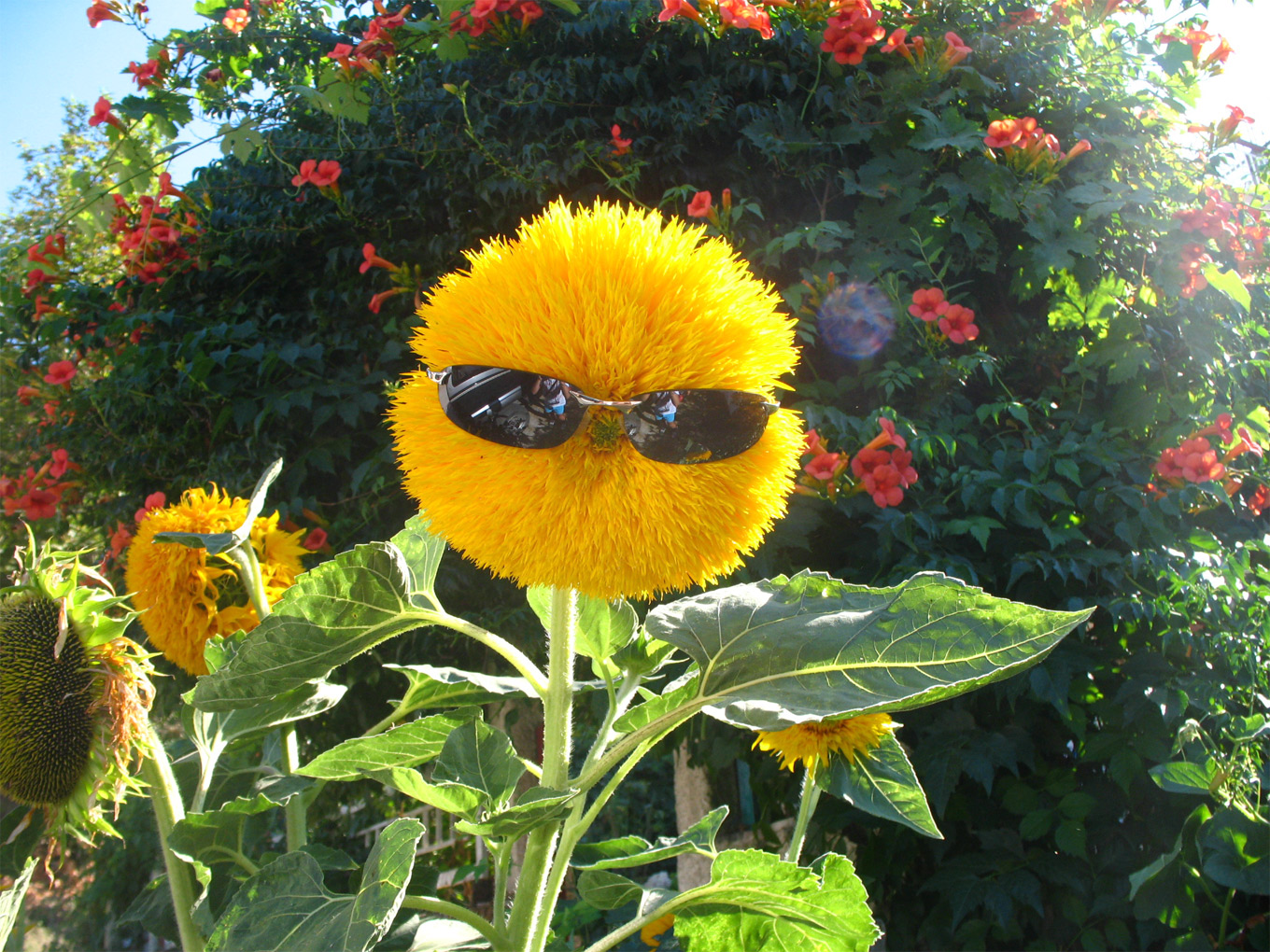 In my days as a horticultural novice, I had a different approach for recalling the names of plants and shrubs. Instead of labelling them with their Latin monikers such as rhododendron, azalea, euphorbia and geum, my flora and fauna were given the handles of Frank, Betty, Arthur and Geraldine.

I soon abandoned that strategy, though, after it became clear this approach would be too problematic when seeking plant care assistance. After all, asking Frank at the garden centre “How do I get rid of Arthur’s greenfly?” would only confuse the horticulturist. Unless he had the same naming convention as me at the time, which is unlikely.

A few years back, when I showed guests around our garden I’d fill in my voids in plant name knowledge by making up their monikers. Working on the premise that most people I knew didn’t have a clue about horticulture, I’d pass off shrubs whose name escaped me with fictional labels.

For the fake education of my guests, monikers like spuriums, chrantofels and perframbles were given to plants I later found out to be begonias, red robins and sedum.

It worked a treat initially, although I decided to pack it in when Karen & I overheard the following verbal interchange while stood in a checkout queue in ‘Franks Flora & Fauna’:-

Young employee (YE) yelling to his boss from across the store – “Frank, a guy’s just asked if we any spuriums?”

Frank (looking bemused) – “I’ve never heard of spuriums!…… Where has he seen those?”

YE – “He says his friend has them in his borders.”

Frank (Looking online) – “Well the search engine I’ve just used can’t find them. The friend who gave them the name must be winding them up!”

YE – “The guy reckons his friend is a very knowledgeable gardener.”

Frank (now serving the man in front of us in the queue) – “Is it a perennial or bedding plant?”

Frank (sarcastically) – “Well that narrows it down!!…… Can he give any idea what spuriums look like?”

YE – “When I asked him outside he pointed to begonias.”

Frank (now serving me but still chatting with the young lad) – “Take the name label off a pot of begonias and tell him they’re spuriums…… It’ll be reet!”

YE – “Ok boss. Oh, by the way he also asked if we’ve got any chrantofels and perframbles.”

At this point the guy (our friend) walked in from the outdoor area where the plants resided. He spotted me as I was paying Frank for the Japanese enema…. I mean the anemone.

Friend – “Oh hi Gary!….. What a coincidence, I’m here to buy some spuriums. Louise fell in love with the ones in your garden.”

I gave him an sheepish smile prior to returning my gaze to Frank who was waiting to return my change. After returning my £1.01, the garden centre owner dispensed a filthy look in my direction, before muttering under his breath “Chuffing idiot!”