Ordinarily, when I pen one of these narratives I write the content first, adding a title pertaining to the subject at the end.

Today, I’ve set myself a challenge by picking a random title first. From this heading I have set myself the goal of writing a minimum of 500 words incorporating the title within the monologue.

To increase the degree of difficulty of this test, I asked my wife to choose the random title. After a wee ponder while troughing her Weetabix at the breakfast table, she advised me she’d settled with a working title of ‘Gyles Brandreth’s Fireplace’. 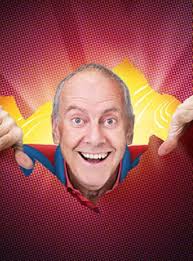 It’s not an insurmountable challenge, but as I’m not au fait with anything that relates to the ex-MP, author and broadcaster’s fireplace, it’s not a gimme either.

I’ve not googled ‘Gyles Brandreth’s Fireplace’ yet. However, it has to be said, I’m not hopeful the web will provide me with a thorough background on the hearth’s design, structure, fire style and choice of fuel.

For instance, I don’t anticipate it will have its own Wikipedia page or even a picture to assist in my descriptive. I’m anticipating google will return a passage from one of the German born writer’s work that contains the word fireplace, or perhaps an interview question he has received that includes that word.

Well, I’ve googled it and, as expected, found nothing tangible about Mr Brandreth’s fireplace. There are tenuous links to his writing and, during an online interview, he was once asked the question “Rumour has it that you’ll need a bigger fireplace mantle and more wall space for all of the awards you’ve won.”, but nothing to really get my teeth into.

A fireplace – But not Gyles’ (I don’t think anyway!) 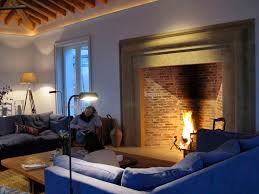 My research did identify Gyles’ middle name to be Daubney. This surname is derived from the geographical locality ‘de Aubigny,’ in Normandy. I believe that Daubney was the French patron saint of kindling, which I suppose provides a nebulous fireplace link to the ex-MP…… Or it would have if I hadn’t just made that up!

For those who aren’t familiar with Gyles Brandreth, he is the eloquent chap on BBC’s ‘The One Show’. His erudite reports are delivered in a distinctive BBC English voice and a lurid sweater.

His pieces to camera educate the viewer about subjects they’d have learned about if they, like him, had gone to a public school and not some questionable comprehensive in Matlock, Ashton-Under-Lyme or Stoke.

Coming to think of it, I’m not even sure if he wears the lurid jumpers anymore as I’ve not witnessed him in one for a while. Perhaps he disposed of them in the open fire that adorns his splendid fireplace.

Apparently Gyles boasts a Norman built fireplace, sturdy of foundation, robust of build and aesthetically pleasing of look……. I had no idea that Norman Wisdom and Norman Collier had building within their skillset.

The imposing open fire is fueled by the souls of the downtrodden, ignited by diminishing hope of the oppressed with an accelerant from the ‘Accelerant Department’ at Tesco.

The paragraph above is very much tongue in cheek (although Mr Brandreth might get his accelerant from Tesco, who knows). I feigned left wing political views to wrongly discredit the ex-Conservative MP as a toff who thinks of us working/middle classes as oiks.

Mr Brandreth appears to be a man of the utmost integrity and he engages amiably with all individual’s regardless of class, creed, colour, if you’re from Wales or a County Durham farmer.

There’s a saying that “You don’t look at the fireplace when you’re poking the fire.” However, that is a disparaging reference to indulging in ‘relations’ with a young lady who is not classed as attractive. It’s nothing to do with fireplaces.

I’ve no idea if Gyles looks at his hearth while teasing the dying embers of his sweater pyre, but I thought I’d add that as a further fireplace reference……. Look you try this, it’s not as easy as a good writer would make it look!

Many years ago a soothsayer told me “You will one day write a narrative about Gyles Brandreth’s fireplace. But beware it won’t be easy.”

Even though I should have suspected she was a soothsayer because of her overuse of the word sooth, her comment still blindsided me. After all, I’d never met the woman before and I was merely stood behind her at a Sainsburys checkout minding my own business…….. That being said, though, it materialises that she did have a point! 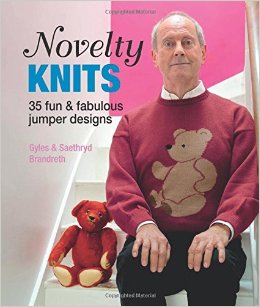