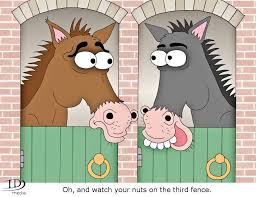 It’s Grand National day today. A day of equine drama, jubilation, despair and, for many in the UK, their only sporting bet of the year.

Apart from the few days a year when I go racing at York, I include myself within the throng of once a year punters.

I belong to this group who generally pick their annual bets on the names of the runners in this famous national hunt meeting. We will not choose a potential winner by any scientific approach, such as in depth analysis of racing form or a tip from an racing insider.

For example, if the once a year punter has a son called Jonny, they would be inclined to bet on the horse ‘My Son’s Called Jonny’. If they were betting online at home and their house was on fire at the time, they would likely plump for ‘My House Is On Fire’.

If there aren’t any horses running in the Grand National called ‘My Son’s Called Jonny’ or ‘My House Is On Fire’, they will have the conundrum of choosing another horse that somehow relates to an element of their life……… Although, I’d like to think that the punter wanting to back ‘My House Is On Fire’ would have higher priorities than choosing a different horse.

This year my dad, who has a regular bet, is placing our bets at his local bookies. I find it quite handy as if we win he just takes our stake money from the winnings. If we lose I just don’t bother paying him our stake money. It’s a win/win situation!

My dad Malcolm knows his bookie and his wife well as he is a valued regular customer. I’m reliably informed that my old man’s £1.50 a day bet on a ‘Lucky 15’ has enabled his amiable bookmaker to buy a flash car, a yacht and a share in the ownership of the horse ‘My House Is On Fire’.

It appears his friendship with the couple led to a very handy tip for today. Unfortunately, for Mally it wasn’t for a horse that was going to bag him a fortune. No, he was tipped off that if he waited until after 11.30 today to put his bet on he’d get a free pork pie! …… My dad, being the archetypal Yorkshireman, put the bets on at 11.37!

When I woke this morning, I decided that I was going to choose a name based on the first thing Karen said to me today.

So this afternoon at 5.15, while Mally is chomping on his free pork pie, I’ll be sat cheering on ‘Can You Empty The Dishwasher Gary’. 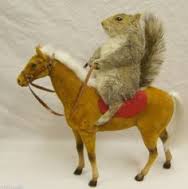