“Call me irresponsible. Call me unreliable. Throw in undependable too…..”

Words penned by Jimmy Van Heusen in the 1962 song Call Me Irresponsible, which seem to perfectly sum up the plumber I’ve enlisted to undertake work in my en suite.

He was late last week when he came to price up the job and his punctuality this morning leaves a lot to be desired. He seems a nice enough guy, although possibly not the sharpest.

For example, when he queried the work I wanted undertaking, I responded that I wanted “… the toilet moving.”…… This led the idiot into singing a tearful lament to my toilet bowl!

It was an emotive acapella recital of Danny Boy by the plumber which, admittedly, did move the WC to tears (especially when he flushed it). However, I had to rain on his parade by explaining I meant physically moving the piece of bathroom furniture, not reducing it to a flipping emotional wreck.

When Jimmy Van Heusen wrote those lyrics I suspect his aim was to tell the story of a guy opening his heart to his girl. In it he lays bare his soul and admits to his flaws; but asking her not to give up on him as he carried genuine feelings of love for her.

I’m pretty sure it wasn’t written with Van Heusen predicting the unpunctual visit of an East Leeds workman who sings melancholic Irish folk songs, 50 years into the future!

Who can tell though?! The New York born composer’s songs maybe littered with futuristic warnings and tips about all things bathroom fitting. I’ll check of a selection of his other tunes later; where hopefully I’ll find a recommendation for a good tiler…… Or maybe not! 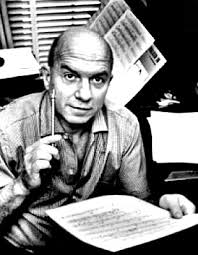 In another line in ‘Call Me Irresponsible’ Jimmy Van Heusen wrote that “Rainbows, I’m inclined to pursue….” I just want to clarify, this hasn’t got anything at all to do with plumbing!!

I’ve no idea where this guy is who has promised to revamp my en suite bathroom. Instead of fulfilling his obligations here, he must be crooning an old Celtic lament at another customer’s toilet.

You may have noticed that I always refer to him as the plumber; never using his moniker. The reason behind that is that I’m not 100% sure what his name is.

His van has ‘Jacob Endlestein – Plumber to the Stars’ written on the side, but I don’t like to presume that’s him as it’s written in crayon!

I’m not sure what stars he has done work for but I suspect it will be more the calibre of Eddie Cheesecloth (Winner of Best Shirt in Garforth 2007) and Dianne Platypus-Beak (2nd in Crapest Surname in Crossgates 2001), than Tarby, Brucie and Richard Madeleyie!

Ah! There’s the doorbell, the plumbers here at chuffing last! …….. “Oh Danny boy, the pipes, the pipes are calling. From glen to glen, and down the mountain side…….” 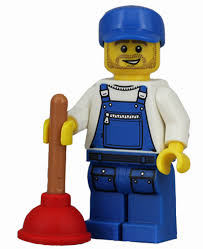 Jacob Endlestein is a fictional character…..

So is Eddie Cheesecloth……