I’ve stopping in quite a few hotels in the UK over the past year or so. They range from four/five star establishments to ones at the budget end of the market.

One thing I’ve noticed in these lodgings, regardless of where they sit in the quality range, is that there is always one light switch in the bedrooms that doesn’t seem to do anything!

Whether it’s as you enter the room or the lamp switches beside the bed there will always be at least one that doesn’t appear to control any of the rooms lighting!

Hotel Light Switches – I’m prepared to bet one of those won’t do anything!! 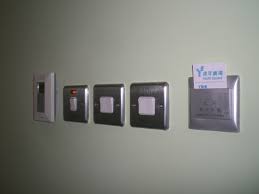 I’m at a loss as to why that is! It surely can’t be an oversight in every hotel room! Is it the case it controls one of the lights in an adjacent room? When I flick the switch does the business woman in the next room burn herself with her hair straightens after her lamp bulb mysteriously darkens?!

Does it perhaps control the electricity feed to the TV in room 209?! Meaning, when I press the switch, its resident won’t get value for the £9.99 he paid to watch the movie ‘Ladies Busters II’!

Maybe it controls street lighting in the Salford area of Manchester or the renovated docklands in Glasgow. Could there be electricians in a power companies control room flummoxed why the lights in the library in Nottingham are intermittently flashing on and off!

Whatever the answer, until I know what the switch controls, I’ve stopped flicking the switch on and off really quickly! After all, if it does control the lighting in a different hotel room, lamps continuously flipping on and off may cause someone to have an epileptic seizure! I don’t want that on my conscience!

Anyway, it doesn’t stop my overall enjoyment of my stays. Apart from the hotel where someone’s supposedly inactive switch seemed to be controlling the Jacuzzi!

As a result the bubble jets were intermittently turning on and off! Although, I suspect that is more the result of a timing mechanism within the Jacuzzi itself.

I have even questioned the ‘Ask Jeeves’ search engine online and Siri on my phone but they were unequivocally lacking in the answer. Siri responded “How the hell do I know what that switch does? It’s one of life’s great mysteries, like who really killed JFK, why people wrap their heads in sellotape and the existence of an interesting accountant!”

This guy didn’t even know what that errant switch is supposed to do! 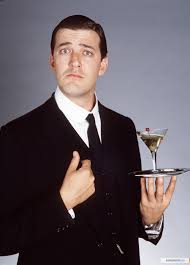 It looks as though I’ll have to wait for the publication of Stephen Hawking’s next book ‘The Purpose of Hotel Room Light Switches & Tankards’, to fill in that particular knowledge void!

I set myself a challenge today of writing a minimum of 500 words about light switches. I’ve currently written 450. I’m now pondering what I can add to the narrative to get me to that milestone?

I initially thought about writing the word ‘tugnuts’ fifty times but that’s cheating and I’m sure I can think of something better if I put my mind to it!