Last night England played France in a football game at Wembley Stadium, London. Prior to kick off, there was a moving tribute paid by footballers and the crowd of 80,000, to the 129 innocent people barbarically murdered by terrorists on Friday evening in Paris.

The tributes included the laying of wreathes by royalty and dignitaries, in addition to an immaculately observed minutes silence, when players from each nation stood side by side in a period of silent reflection.

English and French footballers stand together in a one minutes silence yesterday evening. 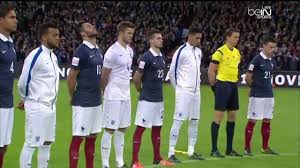 The tributes also included a rousing rendition of the French national anthem ‘La Marseillaise’, which was sung by French and English alike in a show of unity and defiance that their nations will not fold to terrorism.

When I heard the start of ‘La Marseillaise’ it brought to mind the start of The Beatles song ‘All You Need Is Love’, which includes a few bars of the French anthem in its intro.

As my random, though creative, mind wandered off into its own world, I pondered over that intro and the subsequent lyric of the iconic song written by Lennon & McCartney.

The song seemed so remarkably apt, following Friday 13th November, that it was as though the two Liverpudlian songwriters had foreseen 50 years into the future when they wrote it!

My cranial wanderings, especially when I mused about John Lennon’s widely documented thoughts on senseless slaughter, somehow added to the already emotive proceedings. The mere inclusion of those bars of ‘La Marseillaise’ and its peace subscribing lyrics touched my soul. 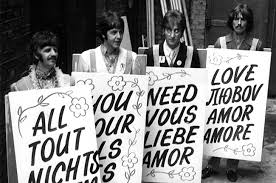 I realise that many will see my previous few paragraphs as tree-hugging, saccharin coated, liberal bullshit! However, I’m not a liberal or a tree-hugger; I’m a middle aged northern Englishman of no particular political inclination.

I do, though, make no apologies for being moved by the destination my mind arrived at on making the connection of the French national anthem to the message mooted in an iconic Beatles song!

I’m not naïve enough to think for one moment that anything would ever be solved by a song imploring peace amongst men. In fact, despite my narrative above to the contrary, I have some very strong ‘anti-peace’ feelings towards the perpetrators of acts such as Friday evening’s barbarism!

However, I shall hold my counsel on those thoughts, as I see no positive benefit from airing them in this narrative!

Sadly, when it comes to conflicts around the world, I subscribe to these words by Winston Churchill :-

“When the situation was manageable it was neglected, and now that it is thoroughly out of hand we apply too late the remedies which then might have affected a cure. There is nothing new in the story. It is as old as the sibylline books. It falls into that long, dismal catalogue of the fruitlessness of experience and the confirmed unteachability of mankind. Want of foresight, unwillingness to act when action would be simple and effective, lack of clear thinking, confusion of counsel until the emergency comes, until self-preservation strikes its jarring gong–these are the features which constitute the endless repetition of history.”

He made these comments in the House of Commons, 2 May 1935, after the Stresa Conference, in which Britain, France and Italy agreed, futilely, to maintain the independence of Austria.

Churchill speaking at Leeds Town Hall in 1926. The man second right is my great grandfather, who was toastmaster on the occasion. 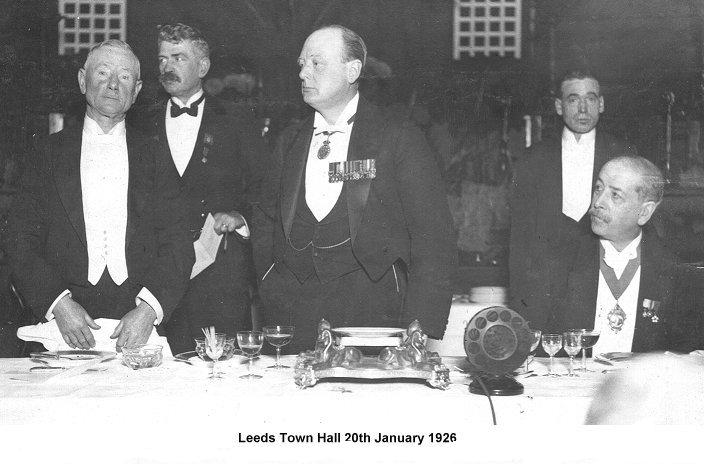 I admit it’s a pessimistic view, but it’s one I arrived at after witnessing or reading of regular worldwide activity proving we never actually learn from history. I’d love to be educated to the contrary!

Of course, what happened last Friday needs dealing with, I’m not advocating anything different but, like far more intelligent people than me, I don’t know what the solution is! Even Jeremy Kyle can’t sort this out, so I’ve no chance!

This blog got somewhat sidetracked from my original, but related, subject of the show of solidarity at last nights England and France football match. It was heartening to see this show of defiance and the European bond displayed in a time of sorrow and adversity.