Whilst viewing recent Halloween photos on my Facebook timeline, it struck me the time and trouble people go to these days with their costumes and makeup. I’m not one for going overboard with praise, however, I’d go as far as saying some of them were absolutely not bad!

Only kidding, there were some great outfits and a considerable effort put into their make up by people. That is apart from you in Barnsley, who thought wearing a Stetson and carrying a stick was suffice to make your neighbours part with their Haribos!

A stetson and a stick = a rubbish Halloween fancy dress costume! 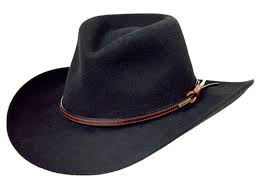 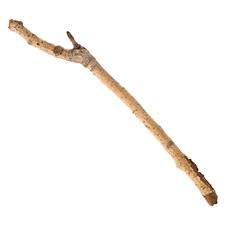 It also dawned on me how different it was now from the Halloween’s of my youth. Back then we made do with a turnip lantern to celebrate the occasion. There was no dressing up in ghoulish costumes, unless you count balaclavas or stetsons and sticks as fancy dress!

A poor effort for a Halloween themed fancy dress outfit. Although, it’s better than a stetson and a stick, I suppose! 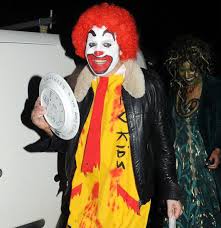 My siblings and me would don the balaclavas as young kids, at the request of our mum (or should I say on her orders), to keep our ears warm during the cold, dark autumn evenings in the north of England. She knit them herself with great skill, love and a hint of sadism!

There is no question that they were fit for the purpose of keeping our ears warm. Unfortunately, for my siblings and I, mum had a habit of knitting them a size or two too small.

I’m not sure why they weren’t fit for purpose size wise! It could have been a number of things, such as misreading the pattern, misjudging the amount of wool required or just plain simple old school cruelty!

Our Ian, Helen and I found it really embarrassing donning the woolen head attire as, for some reason, they had flipping sleeves! However, the emotional discomfort of that paled into insignificance compared to the physical pain of wearing the things.

Due to their ‘snugness’ the pressure on our heads felt as though they’d be secured in a vice! We didn’t trick or treat in 1970’s Low Fell, but if we had our announcement to a neighbour opening their door would have been “Trick, Treat or Shoehorn & Engine Grease!! …….. Preferably the latter!”

On one occasion mum knit dad a balaclava. His was different pattern as, mum told us, his face felt the cold as well as his ears. Subsequently, his was black with just three holes; two for his eyes and one for his mouth………. Although the mouth hole was nearer his right ear, if truth be told!

I don’t think dad must have liked wearing it much as he only wore it one night. I remember the time well, as the day after wearing it, he bought a new car, mum loads of jewels and booked a holiday in Benidorm for the five of us!

Unfortunately, we had to cancel the Benidorm trip because, a few months later, after leaving the house to go ‘food shopping’ in his best suit, we didn’t see dad for a few years.

As much as I dislike the thought of the latter being true, it’s significantly more believable than him moving to Birtley!

Anyway, back to Halloween costumes!

If somebody requested I be part of a judging panel for the ‘Best Halloween Costume on Facebook’ I’d say “bollocks!” and wander off to the pub.

If somebody requested I be part of a judging panel for the ‘Best Halloween Costume on Facebook’ and offered money to do so, I’d do it like a shot!

If that had been the case at the weekend, I’d probably have to plump for the photo of the bloke in a 1980’s Newcastle Utd shirt, who I assume was supposed to be, the uneasy on the eye, ex-player Peter Beardsley.

His costume was truly terrifying. He must have been in makeup longer than John Hurt, when he played John Merrick, in the movie Elephant Man! Saying that, though, I’m only assuming it was a Peter Beardsley costume! It could actually have been Beardsley himself!

Actually, the more I think of it, the photo probably was the ex-footballer, as I did view it on the Peter Beardsley Facebook page!

I’m not a Newcastle fan but I used to like Beardsley as a footballer. He always seemed to me a class act on and off the pitch.

The diminutive Hexham born striker, used great footballing nouse, intelligence and a strangely uneven haircut to outwit opponents, during a glittering career. During that time he served several top teams, as well as Newcastle and England!

Peter Beardsley – Televised England games came with a parental guidance in his day!

He scored over 240 goals in his professional football career and was the architect of many more, through assists, with his clever eye for a pass.

I’m not sure why I wrote ‘he scored over 240 goals’ as it doesn’t really tell you anything! I mean, I could have written ‘he scored over 6 goals’ and the statement would be as accurate and you’d still be none the wiser to how many chuffing goals he actually scored!

The reason I’m being so vague is I don’t know the correct number. Look, he scored bloody loads of goals! If you want the exact number ask Siri ‘How many career goals did Peter Beardsley score’! …………… I hope she responds “he scored over 240 goals!”

I’ve got to go now as I’m going to my mum’s to pick up my new balaclava. By the way, after today I might be writing my blogs in a grey outfit with arrows on it! …… But needs must and all that!