Commencing this piece, massed claret blossoms of an efflorescent buddleja draw my attention to that particular garden nook. This mature shrub, planted around thirty years ago by my late dad, stands an imposing ten foot in height.

Despite the plants undoubted chromatic charm, there’s something sinister about it’s sabre like blossoms, which point menacingly groundwards like a collection of Damocles swords.

Footnote – Quite clearly my old man wasn’t late when he planted the buddleja. Malcolm didn’t leave this vale of tears until late 2017. Despite being a very capable man, I doubt even he can undertake horticulture maintenance from beyond the grave….. If you can, and are reading this, dad is there any chance you can do summat with the top left of the garden as it’s a right bloody mess at the minute!

Earlier, I was listening to part of a newly purchased audiobook by Richard Dawkins titled ‘The Selfish Gene’ – Prior to download, I misread the tomes moniker as ‘The Shellfish Gene’. My mistake not apparent until reaching chapter two when the absence of any crustacean reference thus far raised my suspicions, consequently leading to me rechecking the book’s title.

A man of great erudition, Dawkins chronicles relaying how humans are born with a selfish gene as a self-preservation tool. Part of our genetic makeup that we can choose to embrace, or wholly/partly ignore for a more altruistic behaviour.

All very fascinating stuff. Sadly, though, information which’ll not assist research for my current literary project, with a work in progress title of, ‘100 Things You Should Know About Shrimp!” 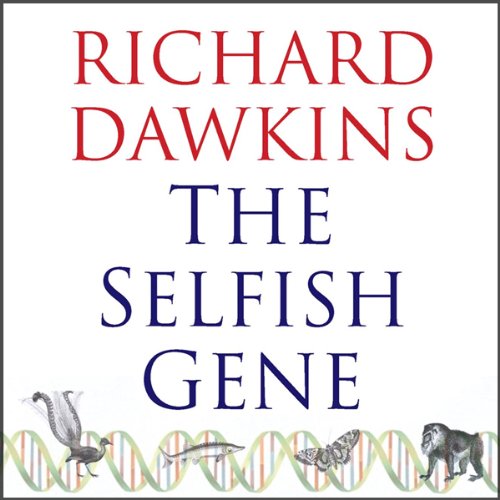 Unsurprisingly, Dawkins weighty journal is heavily influence by Charles Darwin’s 1859 ‘Origin of Species’ notes relating to natural selection. In this groundbreaking book, Darwin hypothesising that although all men may not be created equal, if they don a balaclava they’ll all look complete arses.

In candour, I’m unable to interpret the majority of Dawkins prose. However, knowing no one of my acquaintance will’ve read such high brow scientific literature (to unveil the rouse), in an attempt to appear intellectual, I’m gonna boast of hanging on Dawko’s every word during the sixteen hour audiobook.

Bragging further, as a consequence of this newly imparted knowledge on human genetic makeup, I now bear aspirations of constructing my own human. Well, dependent upon sourcing necessary body parts and a gross of heavy duty Blu Tac.

I’ve made tentative enquiries with my mum, in whose house I currently reside, requesting if this proposed Blu Tac Frankenstein can be built in her garage. Maggie advised she’s not completely averse to the idea, on condition our electricity bill doesn’t go through the roof.

Ultimately, though, I’d wager when she learns it’ll be better company than me, it’ll afford me a definitive green light to commence my idiosyncratic project.

Mater also raised reservations about how her eldest offspring would source the body parts. Bizarrely, though, she didn’t seem to pay much mind to my equally ludicrous notion of plans to secure limbs to torso with Blu Tac.

However, after just receiving Maggie’s breaking news that local DIY store Mak-A-Home are unlikely to store human limbs, torso, major organs, a cardio vascular system, blood, nervous systems and skeleton, I may have to knock this quirky project on the head.

Saying that, though, mater advises Mak-A-Home do sell tubs of Blu Tac; consequently, I’ve not completely abandoned the idea just yet!…… Does anyone know of a latter-day Burke and Hare?!