Yesterday evening, lockdown rules in certain areas of West Yorkshire and Lancashire were tightened again, following reports of COVID spikes in Greater Manchester and Yorkshire pennine mill towns. The only certainty about these new edicts, affecting around four million people, is the uncertainty they create.

From what I understand, the populace in those areas cannot rendezvous inside others homes, but can mix at a ‘social distance’ outdoors on public transport, in bars, restaurants and other selected venues.

Evidently, there’s a caveat allowing individuals to visit peoples homes if they form a social bubble. This arbitrary group formed from ladies/gents who’ll provide mental and physical support to those struggling in lockdown. Which begs the question, due to the rules vagueness, could you not just make all wannabe visitors part of this enigmatic band?

It’d be utterly crass to vilify directives aimed at mitigating against the spread of coronavirus; which isn’t the intention of this polemic. What I’m baffled by is ……. well, why the edicts are so baffling.

Akin to an ill thought out pub quiz round, communication of these advocacies from the UK government seemingly raise more questions than they answer.

It may not be the case, but it appears individuals devising and communicating the tweaks don’t themselves fully understand the guidance. Consequently, perceived uncertainty and inconsistencies in the rhetoric contribute to resistance and frustration from great swathes of those impacted.

With mischief, I often think the more capricious orders make as much sense to the UK public as being guided to reduce contraction risk by wearing their cap peak backwards….. Actually, though,, moving the peak away from my face does sound a decent idea for reducing jeopardy; I may try that!!….. There’s no need to thank me 😉

Anyway, UK prime minister Boris Johnson has just p***ed on my chips by facilitating a TV briefing to the British public. Much to my chagrin, his oration actually increasing my understanding of the new remits, rendering my previous 200+ words unreliable and  unwarranted.

Remissly, though, he forgot to mention the benefits of wearing cap peaks to the back……. Come on, Boris!….. Focus fella!! 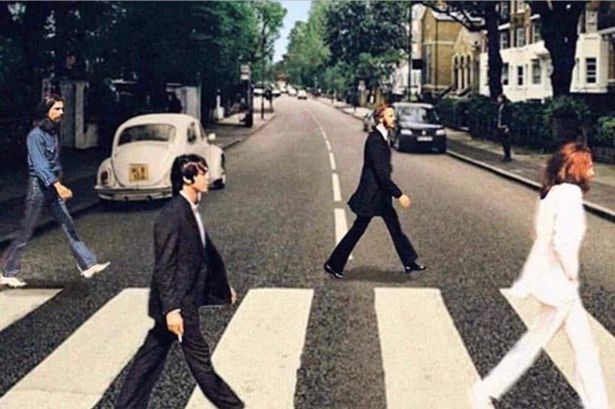 Anyhow, to conclude, yours encloses the round of intentionally absurd questions, along with equally fictional answers, written for a Zoom quiz with buddies yesterday evening. These ocular related enquiries inspired by the government advisor who drove his car thirty miles to test if his eyesight was fit for purpose:-