In a move deserving of the word cliche, despite being firmly entrenched in my 50’s, I’m contemplating getting my first tattoo. An urge some will observe as an indication of a mid-life crisis; my desire to embrace body art at this juncture of the ageing process an attempt at reclaiming some semblance of youth.

My accusers maybe not far from the mark, you certainly do evaluate your life more thoroughly at my age. As someone who oft reflects on my behaviour, I’ve grown dismissive of the non-risk taking square I’ve been for large periods of my existence. A trait which made me overly servile and acquiescent.

Good manners, humanity and consideration of others are admirable behavioural traits, but not to the extent where people take advantage of that reverence and respect. Many individuals I’ve met are fully deserving of deference, however my poor judgement led to me also showing respect to the undeserving……. It won’t happen again!

Anyhow, as alluded to earlier, for the first time in my half century or so on this dysfunctional planet I’m seriously thinking of acquiring body art. Something classy, tasteful and understated, such as an inked representation of cursing chef Gordon Ramsay’s head with speech bubble exclaiming “F*** Off!”

Seriously, though, although in the past I’ve also joked about getting a tattoo of Tattoo (the midget in 1970’s drama Fantasy Island), at the moment a design I’m favouring is the latin wording of ‘Non Timeo Sed Caveo‘ which is the motto on the Strachan clan coat of arms. A statement which translates as ‘What Time’s Costco Open’…….. Errrrr I mean ‘Cautious but not afraid’

Footnote – My clans motto would be ‘Quid est Tempus Patefacio Costco’ if my forefathers had controversially plumped for ‘What Time’s Costco Open’ ….. But they didn’t!

My son Jonathon has the ‘Non Timeo Sed Caveo‘ clan motto inked around his right wrist, which has acquired in the summer of 2019. His second tattoo following the body art attainment of a viking dagger a year earlier. 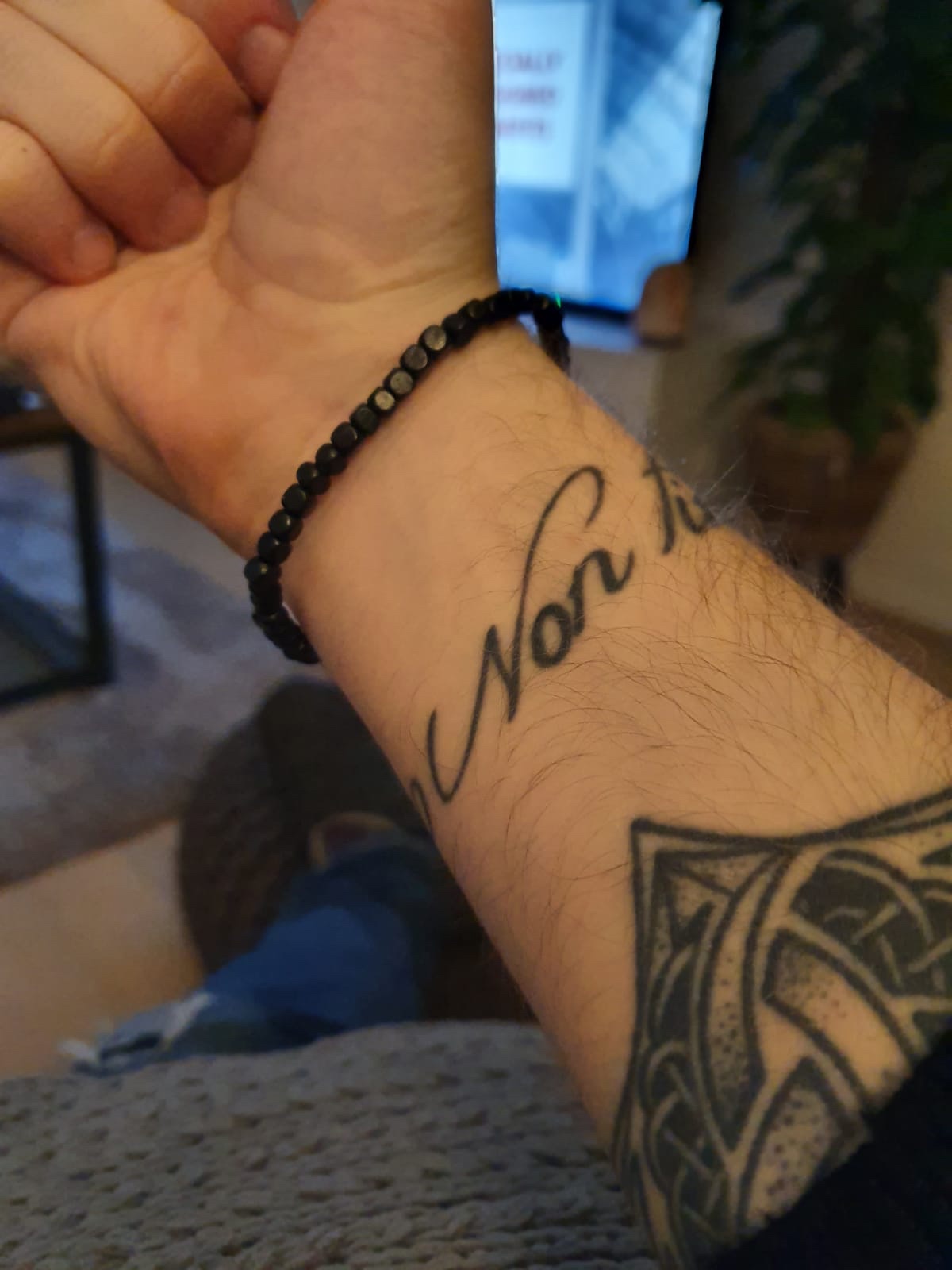 Due to his greater knowledge of going through the tattooing process, I engaged my soon to be 30 year old son in a conversation about the experience of being body inked. A verbal interaction that went something like this:-

Me – “I’m thinking of getting a tattoo, Jonny.”

Me – “Was thinking of getting Non Timeo Sed Caveo like you’ve got.”

Jonny – “Yeah it’s a pretty straightforward tattoo….. Mine only took an hour, dad.”

Me – “Yeah, I’m seriously thinking about getting it done.”

Jonny (somewhat patronisingly) –  “All you have to do is go into the tattoo parlour, tell them what you want, fill in a couple of forms and an hour later you’ll be the proud owner of your first tattoo.”

Me (sarcastically) – “Well it’s a relief to know that telling them what you want is part of the process; I’d have never guessed!…… Knowing they won’t just tattoo me randomly with a design of the artists choice is a huge relief, so much so you’ve sold it to me!”

Me – “I’m sorry but what you told me was pretty bleeding obvious!”

Jonny (ignoring my explanation) – “Did I tell you I’m getting another tattoo, dad?!”