With the UK about to be consumed by gale force winds, in currently sedate meteorological conditions, its citizens ubiquitously exist in a literal calm before the storm.

That being said, after alighting my vehicle in a retail outlet’s parking lot, I experienced an incident indicating germinal breezes of the soon to be ferocious winds were already upon us.

This event occurring on removing a soft leather spectacle case from my hoodie pocket. Retrieving the glasses holder resulting in the tissue, formerly nestling contentedly adjacent to the case, gaining liberty from its material gaol.

Like train robber Ronnie Biggs’ fleet footed escape over the wall of Wandsworth Prison, the light weight paper, powered by the aforementioned fledgling breeze, immediately blew from sight. The gust a metaphorical getaway driver for the tissue paper.

Due to the speed of departure, along with my indifference at mimicking cartoon character Roadrunner in full flight, yours truly declined the opportunity of chasing after this catarrh laden sheet. Concluding that with the number of cars navigating the car park avenues, it’d have been a foolhardy and highly dangerous action on my part.

That being said, if it’d been a £10 note, instead of a tissue hotfooting around an LS11 parking lot after escaping from my pocket, I’d have been inclined to give chase. 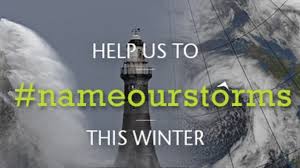 The gale whose wrath the UK will experience within the next twenty four hours goes by the moniker of Storm Ciara.

After extensive research (well, three minutes on google), I found out that the Met Office and Met Eireann use an alphabetical list of monikers chosen by the British and Irish public.

As a distraction from having your roof tiles blown off onto the car bonnet, or a displaced fence panel flattening your price roses, both meteorological centres invited the public to provide names for UK and Irish winter windstorms…… There’s nothing like an inclusive approach to placate the masses. Especially when they’re seeking comfort from incurring an expense of having dints removed from their car bonnet.

I have to admit I was slightly disappointed to learn of the underwhelming manner in which these forces of nature acquire their names. Secretly hoping that, on discovering there’s a storm forecast to hit this sceptred isle, the name was chosen during a confrontational verbal interaction by proud parents, Frank from the Met Office and Siobhan from Met Eireann. 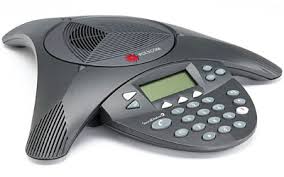 Perhaps the conference call between Frank in London and Siobhan in Dublin would go something like this……. Or not!:-

In a cavernous Met Office conference room, Frank slouches at the imposing table constructed from the souls of people ostracised by capitalism. Each blemish on its pitted surface the result of a Third World carpenters tears, apart from the carving that exclaimed ‘Frank is a dickhead!’. The uncomfortable equatorial heat in the room exacerbated by the air conditioning being set at gas mark 6.

Frank perspires in his cheap suit that has seen better days. Not many better days mind you, as it started fraying shortly after walking out of the tailor’s shop.

The early fraying a result of the suit receipt rubbing against his lapels in the bag. A rueful Frank subsequently concluding his tailor’s habit of printing receipts on heavy duty sandpaper was flawed.

Meanwhile, in a much smaller Met Eireann conference room Siobhan sits chewing a pen. Her mind racing with notions of how to outsmart the English meteorologist during the upcoming conference call; also wishing she’d a more mainstream habit than chewing female swans.

Although both delighted about the revelation of a new arrival, their meeting has been arranged to agree on an eponym for the forthcoming storm. After dialling Siobhan’s conference number, Frank bends his neck slightly allowing closer access to his conference phone.

Feigning strong influencing skills, Frank attempts to immediately lay down the law, telling the thirty something Irish woman “I want to call it Louise after my dad!”

“No way!” Siobhan responded firmly in her melodic Irish lilt. Adding further “No storm of mine will have an English name. Anyway the next one should start with an ‘N’ and I want to call it Niamh.”

“You’ve got to be winding me up! It’s spelt Niamh but pronounced Neeve…… I want our storm to at least have a moniker that is spelt the same as it’s pronounced!” a still forceful Frank countered. Adding “What do you think of Norman, after my uncle Bernard?”

“I don’t mind the name Norman per se, but it would remind me of the bumbling English klutz Norman Wisdom!” Siobhan wavered for a moment.

“Well the storm would cause mayhem in its path, just like the lovable late buffoon Mr Wisdom. So it would be pretty apt, wouldn’t it?!” argued the Englishman, tongue firmly lodged in cheek.

“Look, I think we need to compromise here, Frank, or we will be here all day!” the red haired Dublin girl suggested in a conciliatory tone.

“I’m open to that suggestion! I need to get off soon to make up tomorrow’s forecast!” the big nosed, socially inept Frank proffered.

“Right then, Niamh it is!” Siobhan exclaimed and hastily pressed the red ‘end call’ button on the conference phone.

She then rose from her chair and headed toward the door of the conference room. As she got to the door she smiled with self-satisfaction, prior to chuckling and muttering “Fecking English eejit!” under her breath.

Over in London, Frank shrugged his shoulders causing one of his  poorly made jacket sleeves to fall to the floor. As he retrieved the errant piece of cloth he consoled himself with “Ah, never mind, it’s only a name.”

He then departed the vast conference room to inform his boss he’d decided on the name Niamh, informing Siobhan she can like it or chuffing lump it!!

Niamh cap (below)- A great girls name, but be aware that after the ‘N’ none of the other letters are used in its pronunciation! 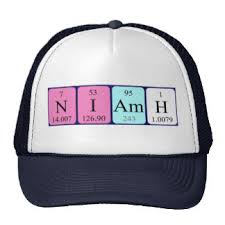