It’s been a productive week for yours truly. Seven days where I’ve indulged in a far physically and mentally healthier lifestyle, including three gym visits, a cathartic choir rehearsal and a much needed period of sobriety.

A lifestyle adjustment meaning, if I could desist from unhealthily munching so many bags or crisps, who knows this time next year my aspiration fitness video ‘Gary Strachan – Unlike Flange, Exercise Isn’t A Dirty Word!‘ maybe top of the iTunes streaming charts.

Footnote – The above health and wellbeing video title is currently a work in progress. A (potentially former) close friend begs to differ, opining ‘Gary Strachan – The Wonders of Exercising Instead of Writing Bollocks!’ would be more apt moniker for the film recording.

It’s not so much a weight loss regime I’m following; with the exception of possessing a ‘bit of a gut’, I’d like to think I don’t bear excessive blubber on my 5’11”, 84 kgs frame. Health checks at both my GP’s surgery and gym indicate my fat Body Mass Index (BMI) is within acceptable levels. One boon in a pond of challenging health episodes which’ve blighted the previous twelve months.

That being said, my fitness levels and heart health need to not only improve, but also be maintained on attaining the desired plateau of physical wellbeing. Even during my more self-destructive moments, when feeling less inclined to employ self-care strategies, I owe it to the people who love and support me to at least try. 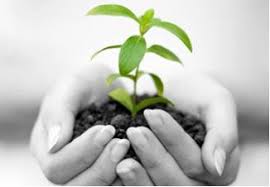 I’ve booked two Health Circuits classes for next week and plan at least one other gym session during which I’ll follow the bespoke health program designed by a personal trainer at John Smeaton leisure centre. Long may this enthusiasm for fitness enhancement continue.

I’m not the only Strachan lad upping his game exercise-wise. My brother Ian has recently commenced power walking eight miles a day…… His partner Ann has moved his wine fridge from their Gateshead home to her cousins house in Bolton, near Sunderland. Our kid’s not overly chuffed, but at least he and his previously underworked Fitbit monitor are receiving a much needed New Years workout.

My kids both seem relieved I’m showing myself some self-love. Speaking to them yesterday on the anniversary of my 2019 heart attack, my 29 year old son Jonathon relayed his delight at this novel fitness mantra. Consequential of this news, he gleefully posited “Good on you, dad!….. Keep it up and it won’t be long until I can start jumping out of cupboards to startle you again!!”

My 26 year old daughter Rachel was similarly chuffed that her random and sometime self-destructive father was finally upping his game fitness wise. Proffering “If owt happens to you dad, I don’t want your books….. Give them to Jonny; I’ll have your vinyl album collection!”

Incidentally, the locutions attributed to my offspring above are fictional, they’re inclusion within the narrative merely to add a soupçon of dark humour. Anyhow, I brought them up to avoid exhibiting such conduct. They’re fully aware they should never forewarn anybody of potential shocks or mercenary behaviour.