In the absence of my estranged wife, I’m back residing at my marital home for a few nights. Circumstances, though, that didn’t stop me lunching at my mother’s abode today; my company the brood’s matriarch, my son Jonathon and his affianced Jenny. This family feast not just any old lunch, moreover the culinary banquet a M&S smorgasbord.

This buffet containing platters of delicacies in the shape of antipasto, lobster with Mac/cheese, prawn selections, pizza and various innovatively infused cheeses. The obligatory salad bowl was also amongst the accumulated fodder.

However, it has to be said this healthy ingredient choice proved less popular than the tastier/unhealthier cuisine. Turning out to be a token recipe option gesture predominantly untouched by the host and her guests……. Consequently, tomorrow next door’s guinea pig will no doubt be recipient of an M&S salad treat. 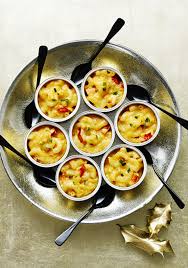 During conversation at the lunch table, Jonathon and Jenny relayed that for this year’s Christmas Day dinner they’re forgoing the traditional turkey, dining instead upon Beef Wellington. The affianced pair apparently holding the same penchant for flamboyant dining as Mrs S senior and yours truly.

During this verbal interaction, I enquired of my boy what form his and Jenny’s itinerary took on Christmas morning. A query to which he responded “Well I’m gonna cook the Beef Wellington and then we’re gonna go for a long walk before dining.”

On enquiring if taking the Beef Wellington for a walk was part of it’s pre-meal preparation, with a face clearly despairing at my idiocy, Jonny re-assured me that it wasn’t. Going on to advise the joint would be left settling on a kitchen bench ready for carving while he and his loved one meandered around the village.

After experiencing visions of Jonny’s neighbours watching the affianced embark on their wander accompanied by a Christmas Beef Wellington being dragged along the venues of Skelton village on skateboard, my offsprings re-assurance was met with relief by yours truly

Foolishly not letting this conversation wither on the vine at this juncture, Jonny misguidedly felt moved to proffer “Anyway, dad, even in the unlikely event I wanted to take the Beef Wellington for a walk, I’ve not got a skateboard or dog lead to fulfil the task.”

“I don’t like to spoil your surprise but they’re the two gifts I’ve bought you to open on Christmas morning!….. So actually you could!” I retorted mischievously without spoiler alert……. Unsurprisingly, and probably for the best, my son and heir let this subject croak at this point.

Mrs Strachan senior (Maggie) appeared contented to have the company of her grandson and his fragrant partner. An infrequent event due to the distance they live from her East Ardsley home, she’s generally got two to three months worth of questioning to catch up upon when eventually graced by her 29 year old descendant’s company.

Not just a tick list of enquiries about his recent existential events, but also bequeaths upon him words of wisdom she’s picked up in her near eight decades on this idiosyncratic planet. Adages which she delivers to him (as she does with most people) with a colloquial sentence suffix of the word love. Today’s examples included:-

“Humanity is a great thing, love!”

“The way you eat, you’re better to feed for a week than a fortnight, love!”

“The internet’s a lot to answer for, love!”

“Never take Beef Wellington for a walk on a skateboard. It’ll only make it cold and the neighbours will talk, love!”