During conversations with readers of my penmanship some feel moved to convey “I don’t know where you get all your ideas from, Gary.” Submissions I generally take to be complimentary observations of my creative prowess displayed within these daily chronicles.

I don’t make these assumptions from a position of hubris, moreover the complimentary tone in which the commentary is delivered. Admittedly, a subjective measure for gauging you the readers true gratification, however in the absence of the statement being submitted as “I don’t know where you get all your ideas from, Gary….. You f***ing lunatic!!” I’m going to accept the locutions from a glass half full juncture.

When asked about the prolificacy of epiphany manifestation, I can’t provide an answer of any erudition. All I can respond is as the narrative evolves these notions simply appear from deep within my neurological corridors. Ordinarily, each morning I’ll sit in front of the blank sheet on my website editing form without an inkling of the topic I’m about to wax lyrical about.

However, this never fazes me as experience tells me, once I’ve lit the metaphorical blue touch paper with a sentence or two of prose, notions generally flood aplenty. Consequently, I’ll embark on a literary odyssey which in a couple of hours will contain a 500 word (minimum) essay, which’s been edited, tagged and published on my website writesaidfred.org.

I relay today’s prose not from vanity, moreover an attempt to explain, in my opinion, it’s understandable non-creative individuals won’t understand the pathology of how a creative mind functions. If they did I’d guess everyone’d be able to undertake similar visionary odysseys.

For a vast majority of my capricious existence I longed for a non-creative mind. I wanted to be ‘normal’, think the same as other people; consequently, mostly spurning these inane epiphanies which frequently, and uninvitedly, flooded my conscious mind. Notions which most other people didn’t appear to be afflicted by, thoughts yours truly predominantly suppressed in an attempt to fit in.

Fitting in not the only reason I sought refuge from creation de domaine. I also longed for liberty from affliction of a double edged sword consequential of the ‘gift’ of thought innovation. A sojourn where there’s no apparent emotional middle ground, the only mood choices permitted those which sit at both ends of the behavioural spectrum. Euphoria or misery the options, these episodes switching uncontrollably without (and sometime even with) depression medication. 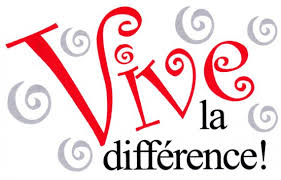 I’m decades to late to the party with this realisation, but now embrace the gift of creativity which blossomed from both nurture and nature. Clearly, it doesn’t make me any better or worse than any other individual, but this fairly new-found awareness has at least given me self-esteem utterly bereft when thought-suppression held dominion.

That former existence where, through resisting utilisation of my most accomplished skillset, I drifted into work roles which neither fulfilled or played to my strengths. Consequently, in middle-age I’m perturbed that I’ve yet to leave an employment legacy on which I can look back with any real fondness or accomplishment.

Sure, I provided adequately for my wife and kids, but that money was earned without gratification. Circumstances I want to remedy some juncture in the future.

As alluded to earlier, my realisation that it’s ok to be different from the majority and bear epiphanies that vary from the mainstream path came later than I’d have desired. However, I comfort myself that at least I eventually got to that plateau of self-awareness.

Although irked, I now look philosophically at the fact I’ve few (if any) employment achievements I hold with any real fondness. During my days working for three excellent employers, I’ve met some great individuals; memories of who evoke recollections that never fail to impart a smile on my visage. Nevertheless, I struggle to recall anything within three decades of performing various IT roles that manifests anything remotely similar contentment wise.

I keep telling myself, one day some of the million plus words that’ve manifested from deep within my capricious mind will bring me some existential fulfilment through literary kudos.

Even if that doesn’t come to pass, though, I’ll still leave a legacy of two wonderful kids. Not forgetting many hours of voluntary work for cancer charities, evolving from my comfort zone cocoon to perform songs with a choir, and most recently orating my writing to a women’s group. GJ Strachan has also penned enough prose to fill 37 self-published books. I’m incredibly proud and feel blessed I’ve had the opportunity to achieve the episodes above.