My brief time home alone ends at around midday today when my mother returns from a brief break with family friends. Mater’s stay elongated an extra day, allowing her and buddies to visit yesterday’s Ripon race meeting.

An occasion when, no doubt, Mrs S would’ve likely ‘entertained’ her group with insightful jockey related observations like “That Frankie Detorri seems a nice lad!”, “Ryan Moore’s jockeys outfit is nice. I wonder if he got it from Marks and Spencers?!” and “Paul Hanagan’s silks could do with an iron – I wouldn’t let him ride a horse of mine looking like that, the scruffy bleeder!”

Mrs Strachan senior rang me yesterday evening to check on my well-being. After informing her eldest offspring she backed a winner in the meeting’s final race, with maternal inquisitiveness she sought confirmation I’d been washing behind my ears. Also seeking re-assurance her favourite frying pan hadn’t been stolen during her absence.

I reassured her my lugs had been kept pristine throughout her break. Also comforting her angst by informing her chez Strachan hadn’t as yet been impacted by East Ardsley’s recent kitchenware pilfering epidemic.

This spree of kitchen utensil/pan theft causing chaos in this historic West Yorkshire village, which features in the 1086 Domesday Book. Heartless thieves leaving Audrey Tearducts bereft of a cheese grater, Amy Burnhope without a skillet and Tina Cruickshank minus her beloved fish-slice.

Consequently, Ms Tearducts kids Archie and Chablis had to forgo cheese on toast for last Saturday’s tea. Additionally, Amy Burnhope has been sectioned as she can’t feed her problematic omelette addiction. Cruickers (as Mrs Cruickshank has never been called by anyone ever) now hamstrung at manoeuvring pan in situ fish, when needing to swat flies, or use the kitchen implement as a weapon to repel overly amorous husband Ted.

So apart from Ted Cruickshank, who’s delighted his wife is now bereft of a weapon to fight off his lustful advances, local East Ardsleyites are currently disenchanted at a life living in fear. A terror where one day they’ll return home to find unscrupulous burglars had hampered their meal preparations by purloining their beloved whisk, chip pan, chopping board or egg timer. 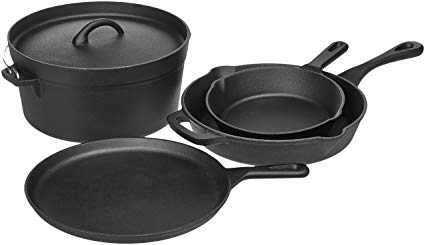 Police are thus far baffled by the tens of cases reported by disenchanted villagers within the last fortnight. So much so that they’ve warned the public to be vigilant, lock all doors/windows and be on the lookout for a person whose cutlery drawers seem better equipped than usual. The law enforcement authorities also requesting any information on locals whose food preparation appears to have improved markedly in the last week or so.

Retired local villain Judd Crabtree spoke for villagers when venting his outrage at the callousness shown by the gang now known locally as TEAKS (The East Ardsley Kitchen Swindlers). The Ardsley man positing the following when asked about the groups burgeoning notoriety. “I did some pretty horrible stuff in my time, bank robbery, larceny, extortion and controversially shouting the word flange in the middle of a community centre Christmas party….. However, I’d never stoop as low as taking someone’s skillet or fish-slice. These thieves clearly need to look at their parameters of what they deem as acceptable villainy!”

Anyhow, my concerns about these thieves aren’t as elevated as those my mum currently exhibits. After all, the numbers of local bobbies on the beat has increased. Not to mention local butchers have now offered £500 reward for information leading to the arrest of TEAKS gang members. A similar reward being offered for the return of his favourite boning knife, which went missing from the shop on Monday while he picked up a pork pie he’d spilled.

That being said, I’ll not get too complacent, taking any precaution I can to negate……… Oh bollocks, someone has just leapt through the open kitchen window and stolen my mum’s frying pan!!!….. Gotta dash!!