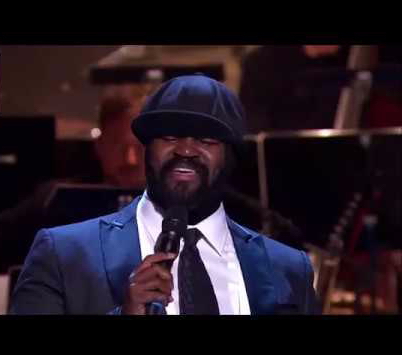 The other day I inadvertently, but gratifyingly, came across an emotive Gregory Porter cover of the song It’s Probably Me, originally brought to audiences attention on Sting’s 1992 album Ten Summoner’ Tales.

Porter’s version of a refrain performed live in front of an audience including the former the Police frontman, during 2017’s Polar Music Prize Ceremony. Written by a trinity of rock royalty, Eric Clapton, Michael Kamen and Gordon Sumner (Sting) the song was originally penned for the soundtrack of action movie Lethal Weapon 3.

Delivered in the wonderfully smooth bass tones you’d expect of Gregory Porter (GP), Sumners’s lyrics visit the controversial topic of male reticence at displaying emotions relating to love. The northern English-born singer/songwriter’s locutions relayed with a melancholy, along with the fact I was peeling onions while listening to the track, drawing a wee tear from my eye.

As much as I enjoy Sting’s version of track number eight from the album Ten Summoner’ Tales, Porter’s cover takes Sting/Clapton/Kamen’s track to a new plateau of beauty, expression and poignancy.

I’m keen to avoid the cliche of comparing Mr Porter’s glossy voice to silk, however I’m currently struggling to locate something more innovative and aptly descriptive in my neurological corridors.

Earlier, I asked a good friend from Cleckheaton how they’d describe the Sacramento-born singers vocal beauty. After a brief period of looking blank they eventually enquired “Who the chuffing hell’s Gregory Porter, Gaz?!”

Consequently, I remain bereft of a seminal descriptive to explain in words the beauty of GP’s voice. However, on the plus side, the verbal exchange taught me a valuable life lesson – Going forward I’ll avoid asking advice from friends who think the bikini line is a route on the London Underground! 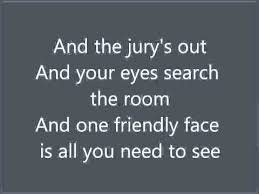 I’d was going to ask my missus if she’d any ideas how I could paint an accurate literary picture of the US jazzman’s warbling. However, as she’s afflicted by an habitual behavioural tic whereby all her similes are suffixed with the two words “….. as sticks!” yours truly abandoned the idea.

After all, her likely response to my request for an erudite comparison would’ve been “Gregory Porter’s voice is as nice as sticks!” A submission offering little descriptive use to my narrative’s reader. Subsequently providing an unhelpful adage as uninsightful as the “I’m as angry as sticks!” which Karen proffered last time she was…. errr….. well….. angry!

The two similes joining a long list of tree branches comparisons used for a whole host of of situations/emotions. Including on one occasion, while feeling under the weather, inexplicably positing “I’m poorly as sticks!”; not to mention during a domestic row admonishing yours truly with the comment “You do my head in as sticks, Gary!!”

Call me pedantic, however as a writer I aspire to provide my readership with words that entertain, enlighten and/or are thought provoking. Ordinarily, I attempt to avoid utilising a series of arbitrary nonsensical wood related similes. Admittedly, my literary audience do occasionally get confronted with inane fictional observations, but in my defence they’re meant to be silly as sticks…… S**t, she’s got me doing it now!

To conclude this monologue, I wanted to reflect on a verse of Sting’s poetry from the aforementioned song It’s Probably Me.

The words highlighted aren’t meant to relate to mental health. However, the following verse written by the singer/songwriter, who was raised just across the River Tyne from where I spent my fledgling years, could’ve been written to describe the torment of an individual afflicted by a dual personality disorder:-

‘You’re not the easiest person I ever got to know
And it’s hard for us both to let our feelings show
Some would say I should let you go your way
You’ll only make me cry
But if there’s one guy, just one guy
Who’d lay down his life for you and die
It’s hard to say it
I hate to say it, but it’s probably me……’